Have you ever been on a horse ride to a historic place where you've felt some sort of energy? In Uruguay, I did. I went horse riding with a local named Alicia Morales of La Salamora Estancia to an area called Valle del Hilo de la Vida, the Valley of the Thread of Life, where there is a series of mysterious stone cones. The stone cones may have been created by native people over a thousand years ago, but researchers are not sure exactly why. The valley is thought to be sacred and hold a special energy. 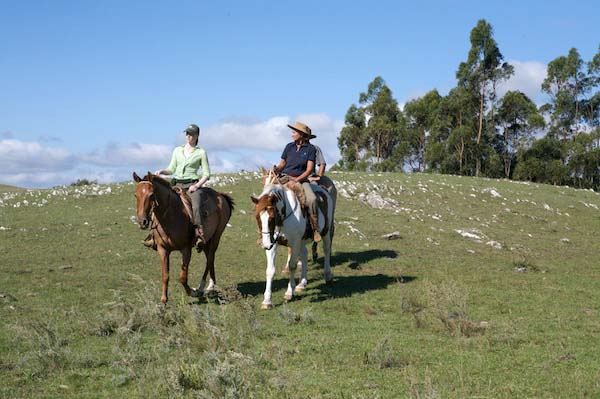 Uruguay is a good place to explore on horseback. There's gaucho culture and ranches where you can participate in cattle drives. There are also beaches, vineyards and beautiful rolling countryside from which to choose. Around La Salamora, we rode through nice rolling hills with plenty of opportunities to trot and canter before arriving to the Valley. Alicia is passionate about Uruguay and knows a lot about the history and nature in this small South American country, which she'll share with you too if you saddle up with her. 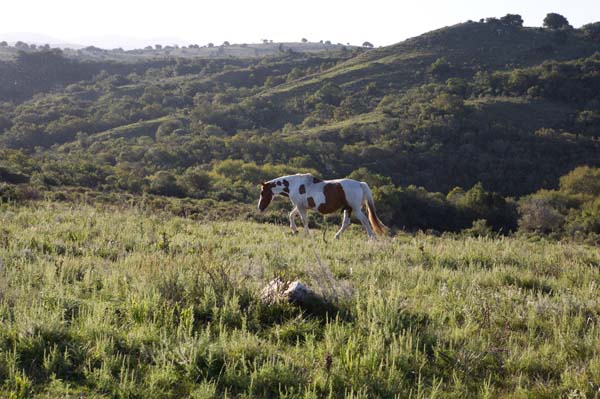 Before entering the Valley of the Thread of Life, we got off of our horses. We would need to walk to avoid disrupting the historic stone structures. Also before entering, Alicia and I had to first ask permission. Alicia led me to a stream where we dipped our hands in the cool water and then took a sip to see if we would be able to enter.

I have been in many places, where the locals believe that the land is special. In remote Kipahulu on the island of Maui, I waited on horseback as Keoni, my guide, chanted, sang and prayed a traditional oli or call to his ancestors before we were able to enter the upper part of a pristine forest. In Ireland on mythical Omey Island, I gave a an offering of my horse’s hair at the holy well. If the locals say it should be done, I am not one to mess with rituals, especially when there are sacred places involved. 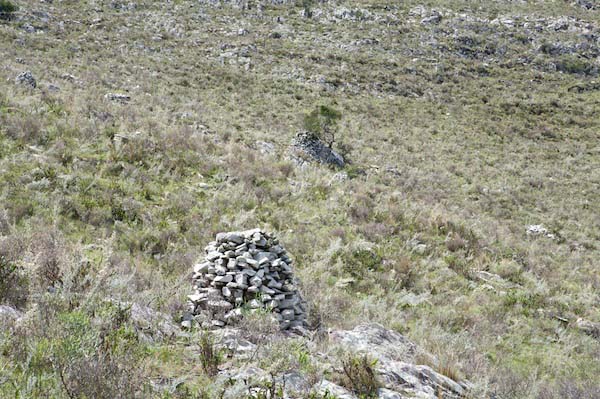 We seemed to have passed muster as we hiked into the valley. All around us on the hills, I could see the stone cones. At first you don’t really notice them, but once you see one, you pick out more, sort of like those pieces of art made of thousands of dots where you have to look closely for hidden images to appear.

There are around 100 of these stone formations in the Valle del Hilo de la Vida. Alicia and I hiked to a large cone to see how big it was close up. You can see from the photo that it is quite large and that there are these almost stair-like stone appendages that jut out around the formation.

It was quite hot out there under the sun with not many trees around, so we hiked back to the welcome center by the entrance and made sure the horses were in the shade. The stone cone site is owned by a husband and wife team whose family makes amazing pizzas in their wood fire ovens. We enjoyed cold water, coke and a myriad of pizzas as we met the family and learned more about what they know about this interesting archeological site. They have a passion for ensuring its preservation. Hiking around those stone cones only made me want to know more.