The White Horses of Camargue

Head to France to observe the beautiful white horses of Camargue in their habitat, or ride a domesticated one through the area’s stunning wetlands!

People flock to the Mediterranean coast of France to see the herds of wild white horses of Camargue. Dramatically beautiful and historically famous for its wild white horses, Camargue is located in the south of France, in the Provence in the Alpes Côte d'Azur and the Languedoc between Arles and the mouth of the Rhône near Saintes-Maries-de-la-Mer. 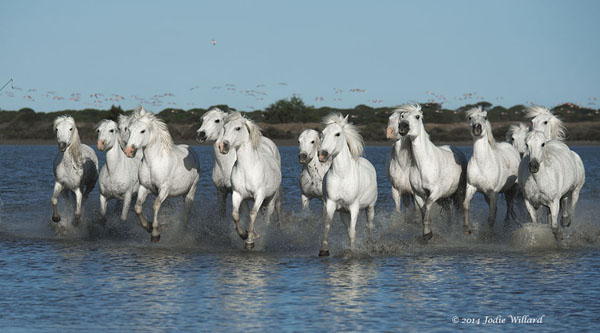 The Camargue Natural Park area is a haven of wetlands, natural lakes and marshes based at the Mediterranean Sea and includes a large UNESCO designated biosphere reserve. The spring and autumn are the most popular times of the year to visit, when thousands of migrating birds come through the park’s wetlands. The main draw for bird-watchers are the pink flamingos throughout the park.

About the White Horses of Camargue

Reputedly one of the oldest breeds of horses in the world, the Camargue horse is said to have lived in the Camargue marshes and wetlands for thousands of years. Traditionally, the horses live in semi-wild conditions in the marshy areas of the region.

Officially recognized as a breed by the Association des Eleveurs de Chevaux de Race Camargue since 1978, the horses no longer running wild are bred under strict guidelines developed by the French government. Typically standing between 13 and 14hh, the Camargue is rugged, stocky, and levelheaded, making them excellent mounts for herding and work. The Camargue horse is the traditional mount of the “gardians,” the Camargue "cowboys" who herd the black Camargue bulls used in bullfighting in southern France. 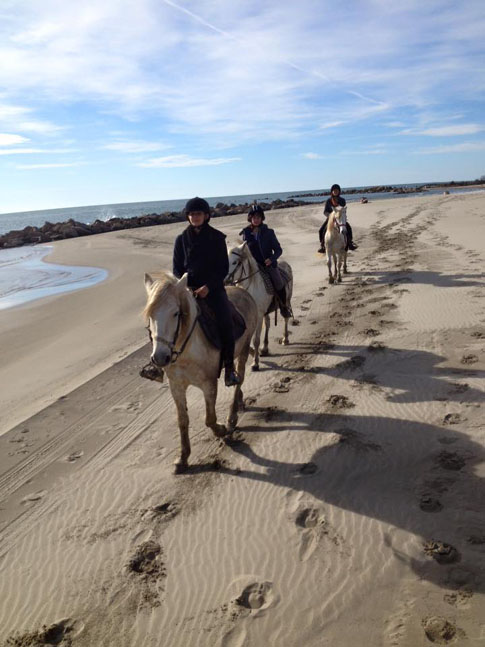 Ride along the Mediterranean Sea with Promenade La Fadaise

This breed has long standing historical ties to the community, where families have worked with the Camargue horse for generations. The horse culture is very distinctive in this area, and gardians will congregate at events and exhibitions to showcase their horses’ bloodlines and abilities for herding.

One of the best ways to see the horses of Camargue is by horseback, and there are plenty of riding stables in the area that will take guests on a trek across the salt marshes to catch a glimpse of the horses, especially around Les Saintes Marie de la Mer.

Ride with Promenade La Fadaise to see the diverse landscapes of Camargue. See the marshlands, flora and fauna, ride along the wild beaches, and check out the Camargue bulls. 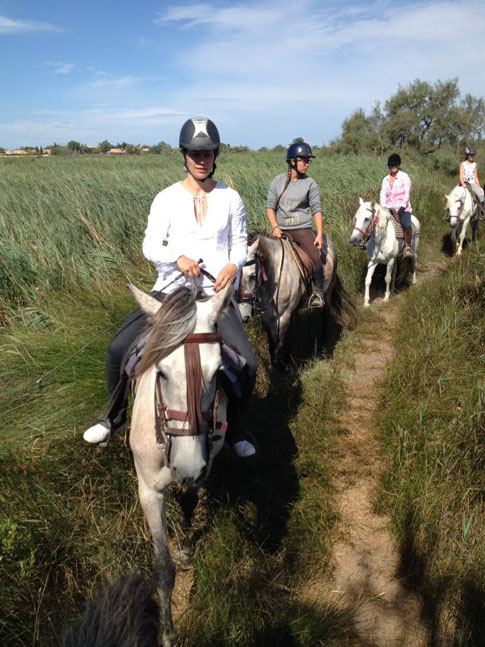 Les Arnelles is open daily year round with a one hour ride that go through the marshes to see the flamingos and wild birds, and a two hour ride to the beach and marshes. More experienced riders can take a three hour ride which includes long gallops along the beach. 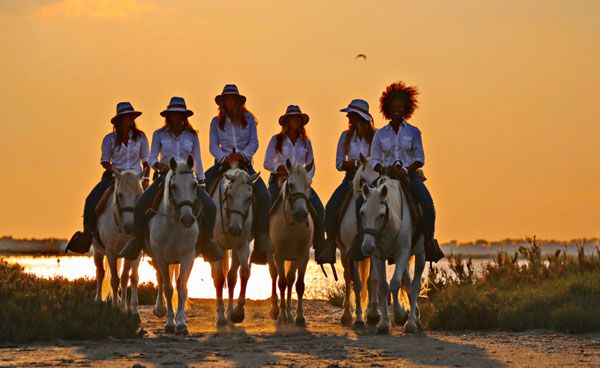 At Les Arnelles, riders have the option of one hour, two hour, three hour, or full day rides

Another option for spending time with the horses of Camargue is the Camargue Photography Tour, taking place this year from April 10-16. Offered annually, award winning international photojournalist Jodie Willard has been taking small groups to photograph the emblematic horses of Camargue for four years. Two instructors with a small group of only eight people means one-on-one, personalized instruction on photographing as well as editing. 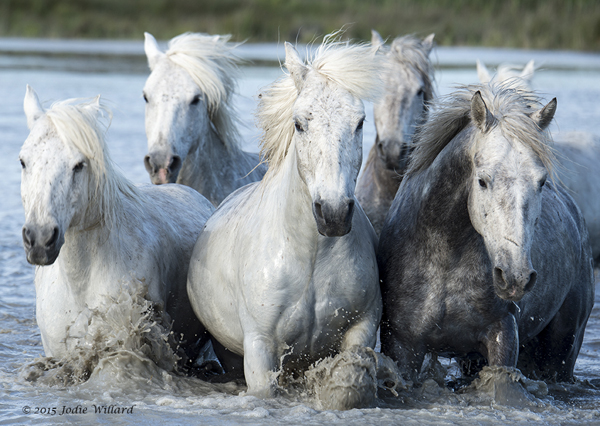 The tour includes two, two-hour sessions daily, for a total of 10 photo sessions at various locations in the wetlands area of Les Saintes Maries de la Mer. Participants will photograph in the mornings and late evenings to capture sunrises and sunsets along the sea, beaches, sand dunes, salt flats, and grassy wetlands. Participants will be able to capture shots of the horses galloping through the sea, mares and foals, and stallions sparring. 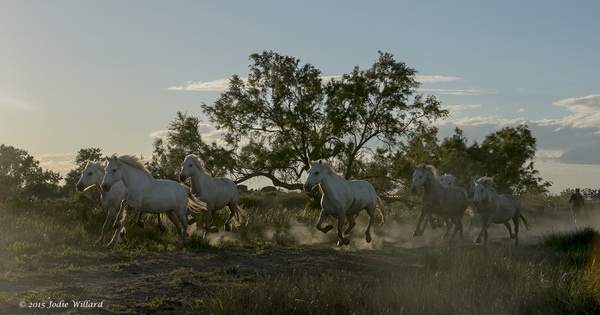 In addition, the participants will have the opportunity to photograph hundreds of beautiful flamingos and Grey Herons in the Parc Ornithologique De Pont De Gau, a 150-acre park and wild bird sanctuary within the Camargue area. You can also add on a private horseback tour from the hotel where you will be staying if you’d like to see the area from horseback.