YQA - How Equitrekking Films on Horseback

How do we film a travel television series in these remote locations on horseback?

This is one of the most frequently asked questions that we get here at Equitrekking.

It's certainly not easy. A lot of times, our entire crew is on horseback. In that case, we pack the minimum amount of that we need, which sometimes is a lot say when we're camping out in the Canadian Rockies. Our high definition film gear goes on pack horses, and we prefer to use large, canvas, soft-sided panniers—a pair of containers on either side of the packhorse—to evenly distribute the weight of our gear, including the awkwardly shaped tripod.

This packing process usually happens early in the morning and has been known to take place well before sunrise, at which time we pack by the light of truck high beams. 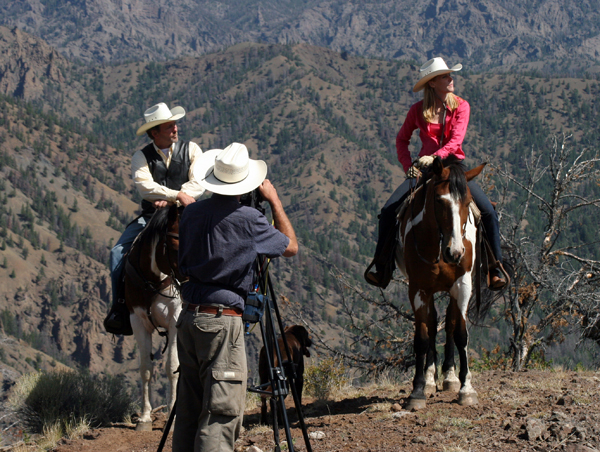 For every trail ride on Equitrekking, we just hop on and head out—no dress rehearsal. We try to get as much information ahead of time about each horse’s personality and quirks from the owners. Then we have to figure them out for ourselves pretty quickly.

We all try to get matched to a horse to fit our riding ability and needs. Greg Barna, our director of photography, asks for a short horse, so he can get off and on more easily. He does a lot of that, especially when we’re somewhere beautiful like our recent pack trip in Alberta. We could probably have filmed the entire show in a half-mile area, but we wanted to get deeper into the wilderness and see glacier-fed Mystic Lake. This meant riding some distance, which was certainly worth the trip. Greg also prefers a gaited horse with a smooth trot, which, as many readers know, is not always possible.

To get those fast cantering and galloping shots, where the camera is moving right along with us riders, we do it all sorts of ways. In Quebec, we found the smoothest part of the trail and the film crew was in an ATV, filming from the back. I rode horses behind them. The hard part was that we were in the woods and the sun was shining through the trees and the faster we rode, the more the light flickered in and out like a strobe light! I got a little dizzy after doing it a few times. 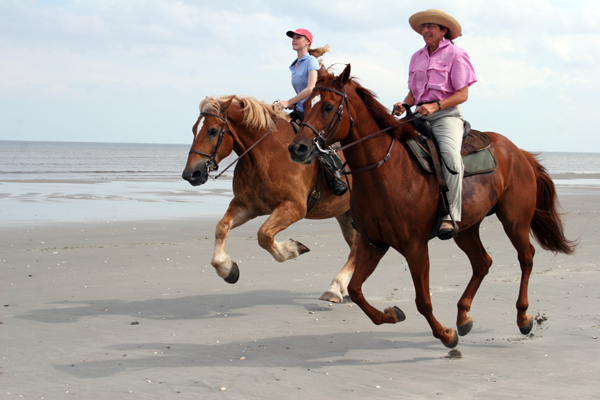 In Wales, I rode beside a four wheel drive car. In Utah, Ron and I cantered on a hill beside a road. It can be like a movie to get those shots. We can't always do it because of the terrain. In Costa Rica when everyone was on horseback, we have some really bumpy shots, that simply ended up on the cutting room floor, and you can see a few of those in the video below.

In this video, I've highlighted some of the challenges and the fun that we have when filming Equitrekking:

Emmy winning Director of Photography Greg Barna is revealed in this behind the scenes video compilation from the hit PBS series Equitrekking. Equitrekking has been nominated for three Daytime Emmy Awards and won a Daytime Emmy for its Outstanding Photography.