Why Do They Call it a Dude Ranch?

Recently, I was asked an interesting question by an individual who had never heard of a dude ranch. The question was, is a “dude ranch” just for men or can anyone come?  I have to admit, I laughed a little when I first heard the question. After more thought, I am surprised that given the modern use of the word “dude”, I don’t get this question more often. 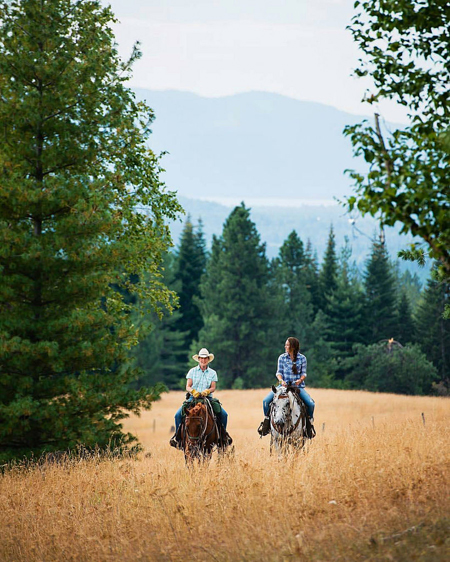 Dude ranches are for cowgirls too! Photo courtesy Visit Idaho.

The urban dictionary defines “dude” as “a word that Americans use to address each other--particularly stoners, surfers, and skaters." Merriam-Webster dictionary, when asked to define the term for kids, defines dude as a “man or guy”. In a November 2013 article in The Atlantic, titled, A Brief History of Dude, J.J. Gould describes this modern use of “dude” further:

“The contemporary use of dude developed in the Pacific Coast surfing culture of the early 1960s, it entered mainstream popular culture in the early ’80s, and it’s persisted, until recently, along the same basic lines.”

He goes on to say, "according to Scott F. Kiesling, the author of a seminal 2004 study from the journal American Speech—titled, yes, Dude—the term has long implied a particular understanding of fellowship among guys." Kiesling argues, "its dominant linguistic function has been to enable men, mainly young men, to address one another in a conspicuously straight mode of laid-back camaraderie. 'Dude' allows men to create a stance…of closeness with other men--satisfying masculine solidarity, that also maintains a casual … distance.”

These modern uses of the word are most certainly where most of the confusion arises when someone hears the term “dude ranch,” and is led to--quite naturally-- ask if the ranch is just for dudes…guys…men.

To understand the reason we call our ranch vacation destinations “dude ranches," the more classical context of the word needs to be understood. The first known use of the word arose in 1880 and its origin is unknown, although some sources say that it is of German origin. Still, other sources state that the word is of Irish origin and comes from the Gaelic word “duid,” which means “foolish,” or “stupid”. Apparently, the Irish ranch hands on the American west applied this term to the ranch guests who visited from the East Coast. I can hardly be convinced that a whole industry would willingly take on a term to describe themselves which paints their clients as “foolish,” or “stupid”. That doesn’t sound very good for business if you ask me! 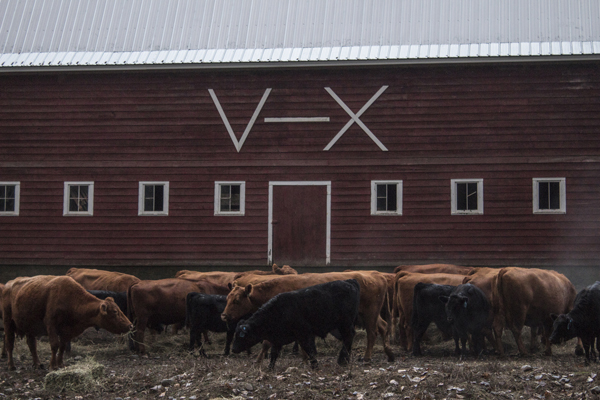 Guests can get a taste of the authentic American West at Western Pleasure Guest Ranch. Photo courtesy Danielle Otis.

Another old use of the word “dude,” comes in the form of a verb. Dictionary.com defines dude as a verb which means to “dress up elaborately.” For example: a sentence I can easily imagine my grandmother using-- “the groom was all duded up in silver and black”. I am more inclined to believe the industry’s use of the word “dude,” originating from this context. 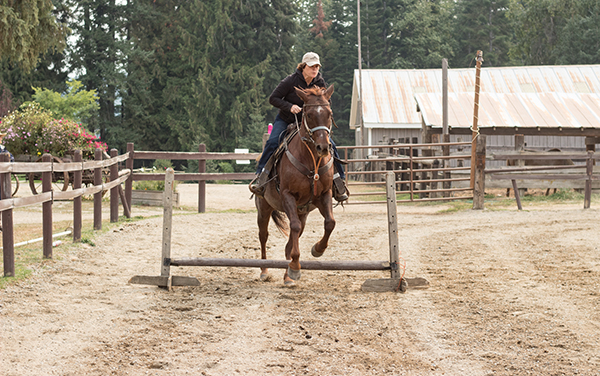 Many dude ranches have horsemanship programs for riders of all levels. Photo courtesy Danielle Otis.

When dude ranches became popular in the American West, it was only the very wealthy that could afford the long trip west and the high fees associated with experiencing the “real west” on a ranch. These ranch guests often bought elaborate outfits to fit the role of “cowboy," in an effort to make their ranch experience more authentic. Who wouldn’t want to dress up like a cowboy? The big hat, boots, chaps, and handkerchiefs aren’t just functional--they're fun! Have you ever walked through a barn wearing a pair of chinks with long fringe on the bottom? Who needs dresses with ruffles when you can have leather fringe? That stuff has some serious twirl-able action to it! But I am getting off topic… 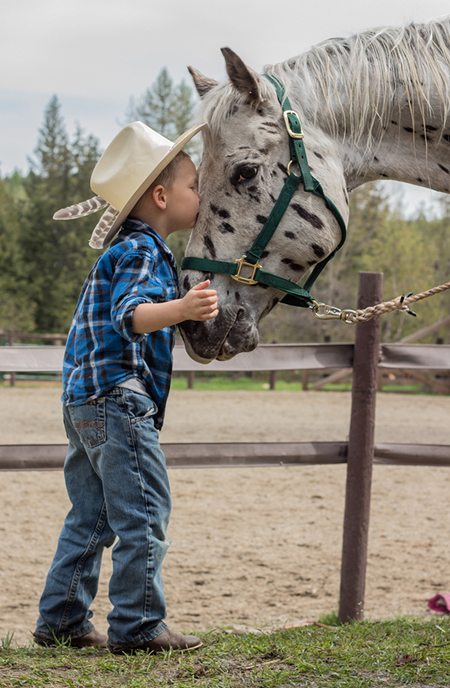 The meaning and use of "dude” is as varied, it seems, as the people who use it. Dude ranches are not just for men. No--they are for anyone who wants to experience the spirit of the West. They are for anyone who saw that western movie and wished they could saddle up and ride into the sunset with John Wayne, Roy Rogers, or even Billy Crystal. To avoid confusion--which I hope I have just cleared up somewhat--many ranches have chosen to identify themselves as a “guest ranches." But whether you call it a guest ranch, or a dude ranch, makes no difference. The same goal and the same purpose lay at the foundation of every dude and guest ranch; to keep the principals, adventure, and spirit of the West alive---and to help their guests discover it through an authentic, western ranch experience.

About the Author: Danielle Otis was born and raised on her family's fifth-generation ranch in the northern panhandle of Idaho. From a young age, a love for ranch life and a respect for the land were cultivated in her. Today, she and her husband, Landon, are raising their own children on the family ranch and instilling in them that same love for the outdoors. Danielle continues to work on the family ranch, Western Pleasure Guest Ranch. During the summer, she manages the children's horsemanship program. She says, "it is so rewarding to see these children, many of whom have never ridden a horse before coming here, learn these horsemanship skills over the course of just a few days. In the process, they gain some amazing life skills without even knowing it." During the off-season, she works in the ranch office and manages the marketing. Her great passion in life is keeping the western lifestyle and its values alive and sharing it with the guests who visit Western Pleasure Guest Ranch. Learn more about the ranch on their blog.