With its unique gait and distinctive conformation, the Paso Fino is a special breed of horse. Learn about the history and versatility of this smooth, gaited horse. 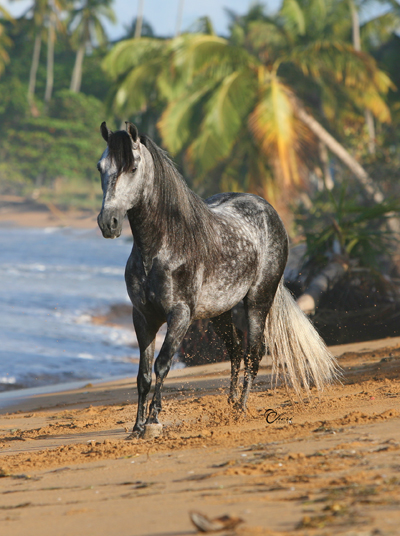 Raina Paucar for Equitrekking: What are the origins of the Paso Fino?

Patti Blichmann: The Paso Fino horse was bred in Spain and is a combination of Andalusian, Barb and the now extinct Spanish Jennet. Christopher Columbus brought the descendants of the Paso Fino over on his second voyage to the New World. Since there were no horses in the New World, remount stations were built and the Paso Finos were used as the foundation stock for the Conquistadors.

They carried the explorers over mountains, open ranges and dense jungles. Overtime they became known as Los Caballos de Paso Fino, “The horse with the fine step.” They were cherished for their natural four beat lateral gait and smoothness, athleticism, quickness and for being very surefooted through tough terrain.

Equitrekking: What are the general conformation characteristics of the Paso Fino?

Patti Blichmann: Paso Finos reflect their Spanish heritage, proud carriage, powerful neck and luxurious mane and tail. Their chest is moderate in width, with a well sprung ribcage, well defined tendons and refined bones. Strong hooves allow many to be left unshod even in rocky terrain. They range from 13.2 to 15.2 hands with 14.2 as the average. They come in just about any equine color with or without white markings. 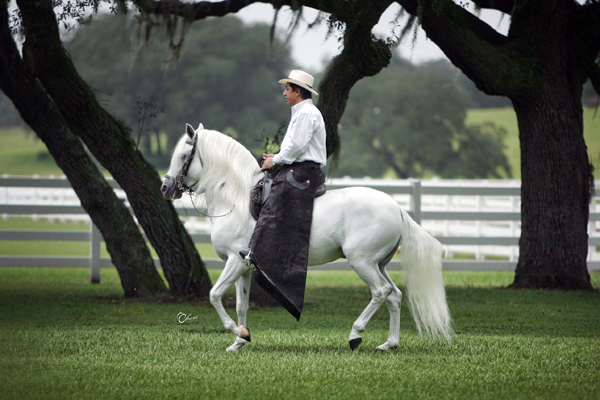 Equitrekking: How has the Paso Fino been used and ridden throughout history?

Patti Blichmann: Although Paso Finos have been bred in Latin America for over 500 years, this unique horse was unknown in the United States until the 1940s. They have been used for working cattle, riding the Plantations and showing throughout Latin America. Increasingly, Paso Finos are being seen in all areas of equine activities–– not just the show ring.

Equitrekking: What are some fun facts people may not know about the Paso Fino?

Patti Blichmann: They were truly the first horses to the Americas. Christopher Columbus brought them in his second voyage. 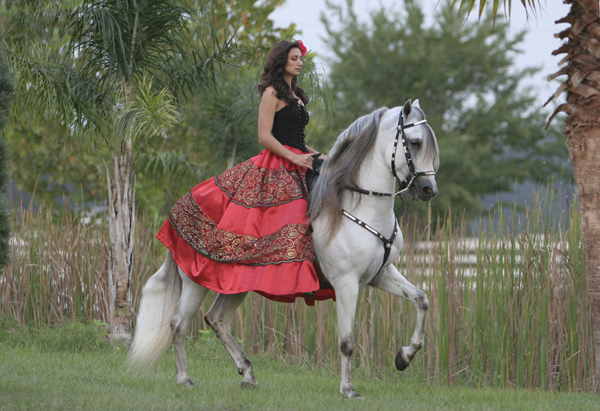 Equitrekking: What style of rider best suits the Paso Fino?

Patti Blichmann: Any rider wanting a smooth and fun ride, whether you ride English or Western, would love the Paso Fino. You can’t help but smile the first time you ride one of these horses. In fact, we call it the Paso Fino smile. It is uniquely gaited and a pleasure to ride.

They are great for trail riding with their smooth gait and are very surefooted. Paso Finos are being ridden in Endurance and Competitive Trail. They have been used for Team Sorting, Team Penning and have a natural “cow sense.” You can hook them up to a cart and there is no bounce to the shafts either. Compete in ACTHA rides, Extreme Cowboy Races, Cowboy Mounted Shooting–they can do it all.

Equitrekking: How has the Paso Fino evolved over time?

Patti Blichmann: They have grown taller since coming to the USA. The show horses have become quicker in their footfall since Capuchino entered the show ring in 1984. While the trail horses have developed longer strides than those used for showing, the gait remains as smooth as ever.

Patti Blichmann: From Puerto Rico, the famous bloodlines include: Dulce Sueno, Batalla, Guamani and Kofresi, and Colombian bloodlines: Resorte IV, Contrapunto, Bochica and more recently the infamous Capuchino, a son of Resorte IV, voted the Paso Fino of the Millennium.

Equitrekking: What makes the Paso Fino unique as a breed?

Patti Blichmann: In addition to performing a walk, lope or canter, it's their natural four beat that makes them truly different.

There are three speeds of gaits with varying degrees of collection and extension: 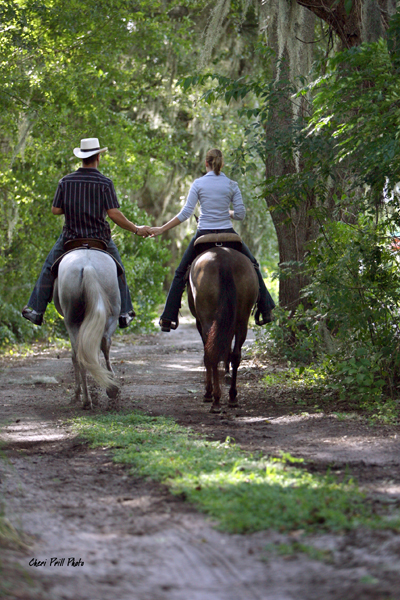