Is the American Paint Horse the right breed for you? This colorful and unique breed of horse has been used throughout American history and is a Hollywood favorite. 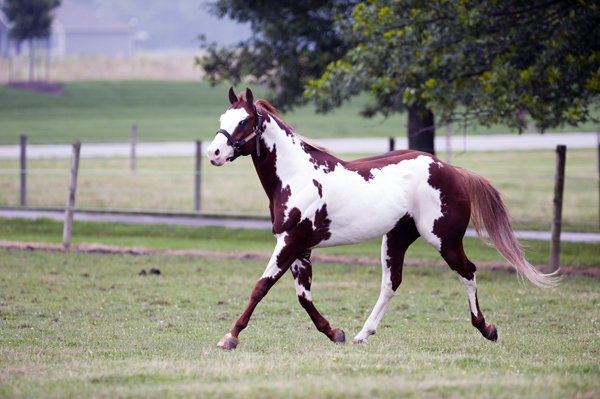 The beautiful American Paint Horse / Photo courtesy of the APHA

Raina Paucar for Equitrekking: What are the origins of the American Paint Horse?

Laura Jesberg:The evolution of the American Paint Horse can be traced back to the new world expedition of Spanish Conquistador Hernando Cortes. According to the Spanish historian Diaz del Castillo, who traveled with the expedition, one of the horses was described as a "pinto" with "white stockings on his forefeet." The other was described as a "dark roan horse" with "white patches." These were the first known recorded descriptions of the forebears of American Paint Horses in the New World. 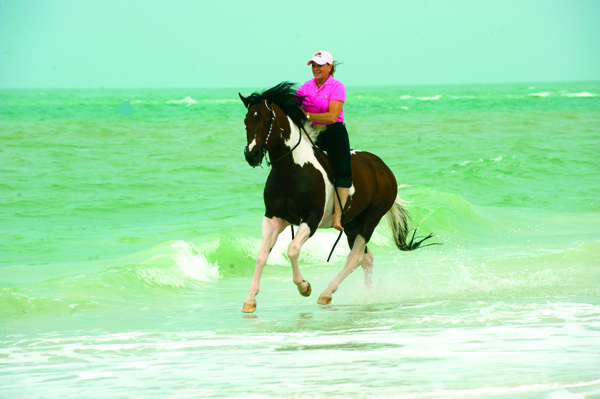 Equitrekking: What are the general conformation characteristics of the American Paint Horse?

Laura Jesberg:The American Paint Horse is a breed of horse that combines both the conformational characteristics of a Western stock horse with a pinto spotting pattern of white and dark coat colors.

American Paint Horses have a distinctive stock-horse body type including a broad chest and well-muscled hindquarters, yet Paints display a remarkable degree of refinement and beauty, especially about the head and neck.

Equitrekking: How has the American Paint Horse been used throughout history?

Laura Jesberg: By the early 1800s, the western plains were generously populated by free-ranging herds of horses and those herds included the peculiar spotted horse. Because of their color and performance, flashy, spotted horses soon became a favorite mount of the American Indian. The Comanche Indians, considered by many authorities to be the finest horsemen on the plains, favored loud-colored horses and had many among their immense herds. Evidence of this favoritism is exhibited by drawings of spotted horses found on the painted buffalo robes that served as records for the Comanches. 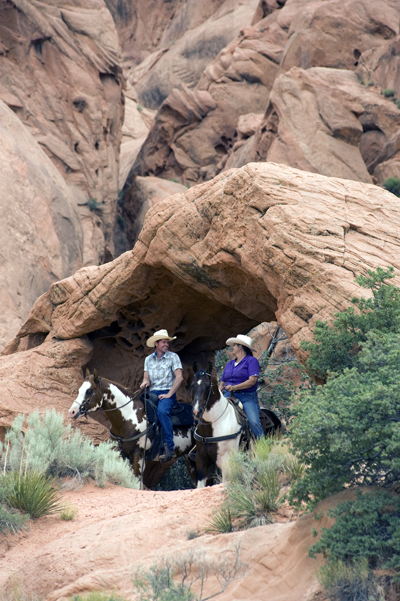 On a mountain trail ride / Photo courtesy of the APHA

Equitrekking: What are some fun facts people may not know about American Paint Horses?

Laura Jesberg: Known for their distinctive color, Paint Horses come in a variety of patterns. Their coat is always a combination of white with an array of basic colors common to horses. Their markings often look like splashings of paint over the horse's body, but falls into three color classifications—tobiano, overo and tovero—requirements in order to be considered a Paint Horse. 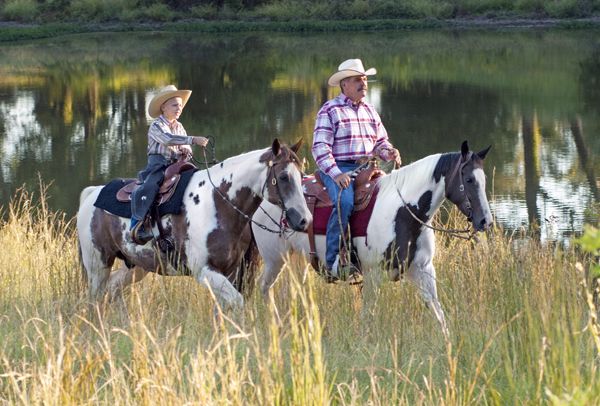 Equitrekking: Has the American Paint Horse evolved over time?

Laura Jesberg: While over the years the conformation and athletic ability of those rugged mounts of the Old West have been improved by breeders, the unusual coat patterns and coloring remain the same.

Equitrekking: Are there any famous historical American Paint Horses?

Many B-Western stars rode Paints, you can see them all at B-Westerns.

According to Walt Disney officials, the horses were selected based on the similar coat patterns they share with the true-life horse, Hidalgo, as well as their athletic abilities and trainability. World-renowned horse trainer Rex Peterson worked with APHA in selecting the horses.

Equitrekking: What makes the American Paint Horse unique as a breed?

Laura Jesberg: Throughout the 1800s and late into the 1900s, these spotted horses were called by a variety of names: pinto, paint, skewbald, piebald.

The terms “Paint” and “pinto” are used (and sometimes misused) interchangeably when referring to spotted horses. The word “pinto” means mottled, or pied, so all horses with spotted coats can be correctly described as pintos. The word “Paint” is the shortened form of Paint Horse, which is a breed. In the United States, there are two major registries for horses with spotted coats—APHA and the Pinto Horse Association of America (PtHA). Spotted horses with Paint, Quarter Horse or Thoroughbred breeding are eligible for APHA registration.

PtHA, on the other hand, allows registration of spotted horses and ponies of many breeds, with the exception of horses with draft blood and horses with Appaloosa bloodlines. A spotted horse with the right bloodlines could be registered with both APHA and PtHA. However, a miniature horse with spots could be registered with PtHA, but not APHA. The white body markings on every Paint Horse registered with APHA fall into one of three distinct coat patterns. Each pattern has a consistent placement and character of the white portions of the coat.

Here are further resources where you can learn more about the American Paint Horse: