The Virginia Gold Cup: A Day at the Races

The Virginia Gold Cup has been around for nearly one hundred years. Learn more about this historic steeplechase and social gathering with hunt country roots.

More of a social event with horses in the background than a draw for die-hard equestrians, the Virginia Gold Cup is a time honored tradition of Virginia hunt country. Held at Great Meadow in the Plains, Virginia on the first Saturday in May (the same day as the Kentucky Derby), this year marked its 91st running. 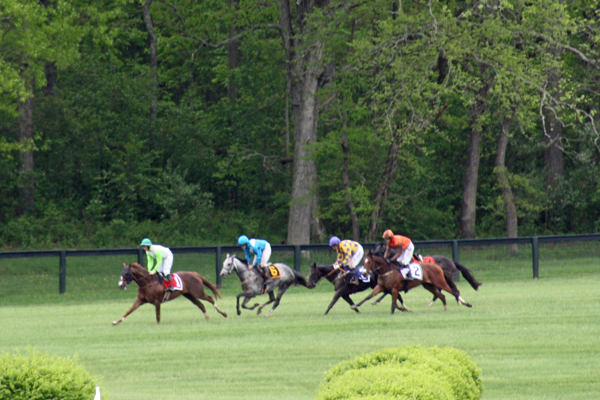 The Virginia Gold Cup is in the heart of Virginia countryside, and it’s easy to see why over 50,000 people flock to this event every year. Spectators have sweeping views of rolling fields and wooded areas, with a clear view of the expansive racecourse. According to website, The Virginia Gold Cup is “one of the largest and most popular sporting events in the greater Washington metropolitan area.” 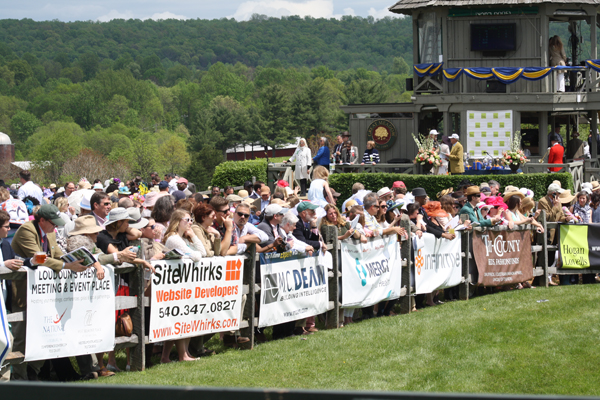 The general schedule of events is about the same every year. Gates opened at 10 a.m., and the opening ceremony was at noon. Races began shortly after opening ceremonies, with a total of nine races. The most important race, the Virginia Gold Cup, was 5th in the order at 3:30 p.m.

Fun social events and activities were taking place throughout the day including hat contests, tailgate contests, and terrier races. Tailgating is just as much a tradition as the actual races. The sheer number of tailgates was overwhelming, with themes, decorations, and plentiful food and drink. 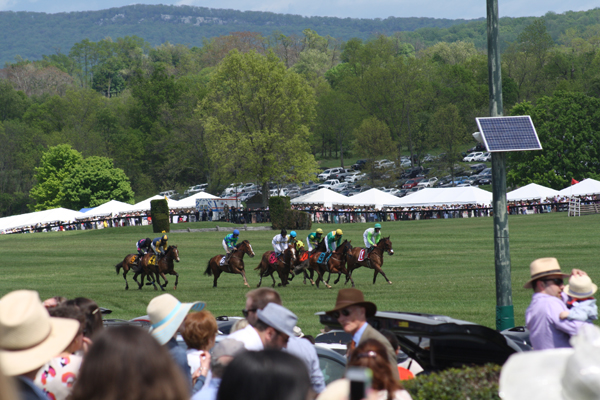 Bravado takes center stage here, with men wearing seersucker suits or sport jackets in bright pinks and purples with bowties, and ladies in elegant dresses and whimsical hats. The event seems to place importance as much (or maybe more) on what you’re wearing as the actual steeplechase races. Onlookers mingle, sip the event’s official drink of Mint Juleps, smoke cigars, and dine on fare at upscale tailgates while taking in the races that run every 40 minutes or so.

History of the Virginia Gold Cup
Steeplechasing in Virginia has been prevalent since the early Colonial era, and organized steeplechases have run in Fauquier County since 1844. 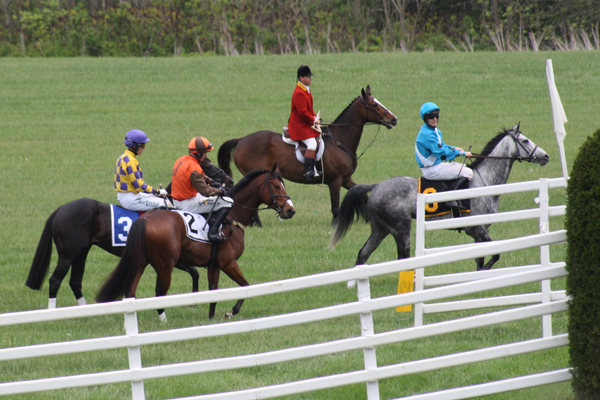 In 1922, the first Virginia Gold Cup race was held after eight sportsmen agreed to organize a four-mile race between flags over the natural walls and fences in the hunting countryside with the aim to draw the top hunters in the country. Two years later, the Gold Cup was moved to a new course at Broadview Farm where it was run every year through 1984 with the exception of a few interruptions during WWII. 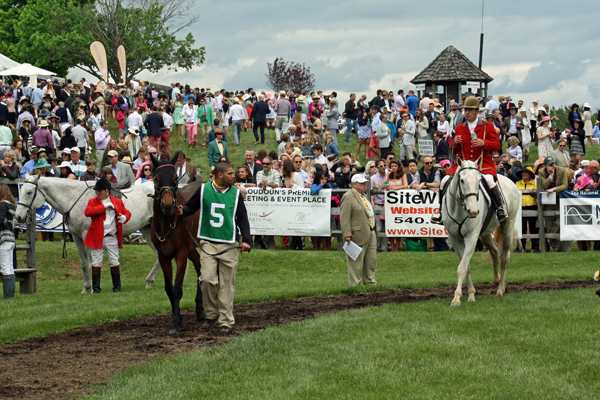 Development of the surrounding area began to be a cause for concern for the sustainability of the event. In the early 1980s, Arthur W. (Nick) Arundel purchased a 500-acre site on an abandoned farm close to the Broadview course. Originally intended to become a huge housing development, Arundel had other plans, turning the tract of land into a racecourse and preserving the land. The Virginia Gold Cup was moved to Arundel’s racecourse, Great Meadow, where it continues to be run today.

How to Attend
The Great Meadow racecourse is divided into three sections: Members Hill (center), North Rail, and South Rail. Ticketing for the event is a little confusing and there are several options. 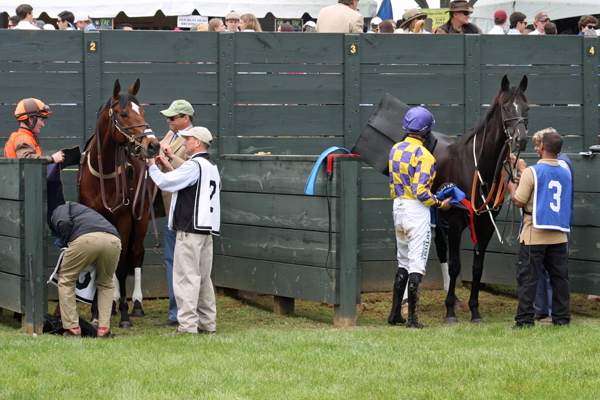 To gain entry, visitors must first purchase a parking pass, which covers one vehicle and up to 6 occupants. General admission gets you unreserved parking and access to either the North or South rail, reserved parking is available for all three sections of the racecourse, and tent purchases are also available for all three sections. Members Hill has the best view of the course, finish line, and paddock and but requires a special badge for additional cost.

Hospitality tents and reserved spaces on Members Hill are limited and are usually frequented by leaders in politics and business. If tailgating is out of your reach, you can bring picnic baskets and throw down a blanket on both the North and South rail with a general admission ticket. 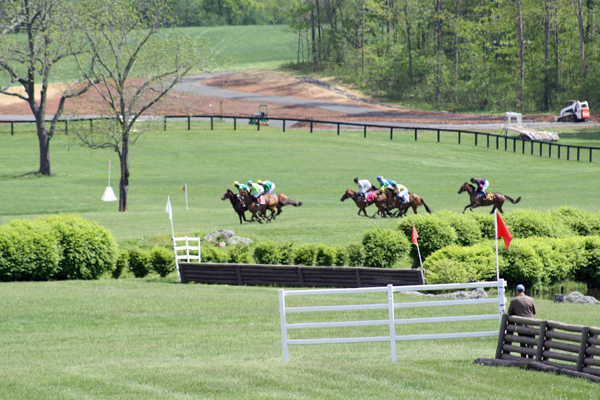 My friends and I had planned to watch the races from the general admission area, but after two sketchy Craigslist meet-ups later, we were lucky enough to score a deal on Members Hill tickets for our group of eight, which afforded us a great view of the racecourse and allowed us to watch the horses up-close in the paddock area.

The International Gold Cup, also held at Great Meadow, is on the third Saturday in October but isn’t quite as lively and well attended as its springtime counterpart.

If attending the Virginia Gold Cup or the International Gold Cup, be sure to check out nearby Middleburg, an 18th century village known as the “Nation’s Horse and Hunt Capital.”