If you have been following for a while, you probably already know that this year’s adventure for me was to go to Iceland and ride. I was doing this with veterans from the Mongol Derby of 2014 – obviously a talented crop of riders. This was arranged by Anita, who rode the Derby and offered this as a reunion for our quirky and adventurous group of friends.

It did start somewhat similarily to the Mongol Derby actually. We were picked up in busses and just wouldn't shut up for the drive out of the city. However, this time we were past the getting to know you phase, and into the “what have you done for the last 12 months phase”. We did have a few pit stops along the way – one for some food (which I desperately needed for a pickmeup thanks to flying in on the redeye that morning) and the next for the tack shop. You can imagine how exciting things got when we entered in there!

We got to “basecamp” as I will call it for now, which was a beautiful spot at the base of mountains and just across the road, a beautiful lake. Again, like the Derby, we selected our saddles, bridles and packs, and waited eagerly for our horses to be brought in. 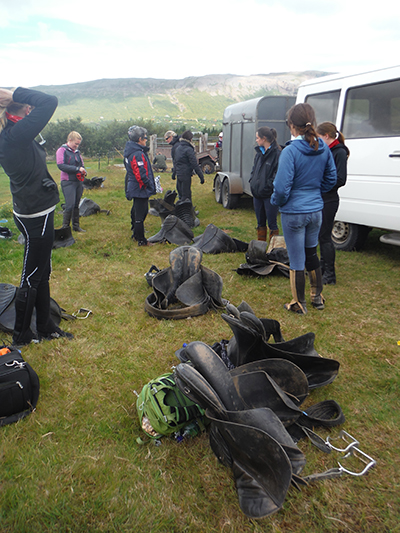 Riders waiting with their selected gear for the 6 days. 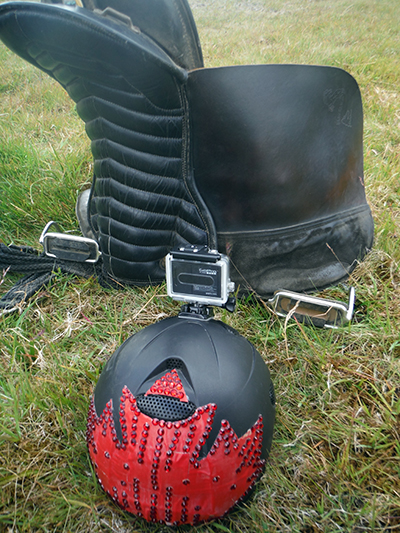 Icelandic Saddle and my helmet. 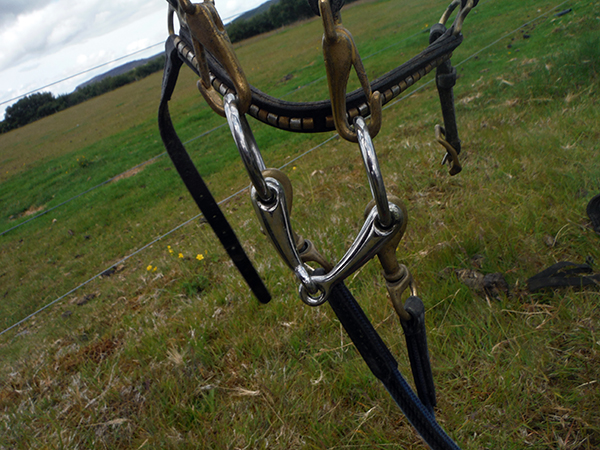 Bit and Bridle for Icelandics – I immediately reached for the snazzy noseband “Its mineeee!”

Then in came the horses – semi mongolian style: meaning a four-wheeler rounded them into a small pen for capture (if in Mongolia, this would have read Motorcycle). The horses, contained by nothing more than a string around them, nipped, kicked, squealed and ran around like they had something to prove. Several were hard to catch and we wondered if we were in for more wild shenanigans like in Mongolia (of course, we were prepared for this).

I will save you wondering, and say right off the bat… NO. Despite the horses’ antics in the herd, once they were caught, the horses became puppy dogs. Their attitudes toward the humans (once tack was on) was far superior to the Mongolian horses, and even every horse I know at home. They were the snuggliest, cutest, most badass teddybears I have ever had the privilege to ride. 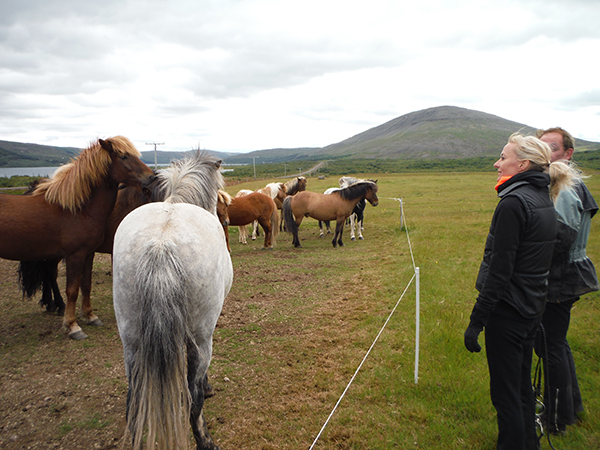 A few riders got their horses, and then I heard Anita call my name, walking over with the blackest, shaggiest, most beautiful horse in the herd. I was told his name was Siggi. Of course, it was instant love. 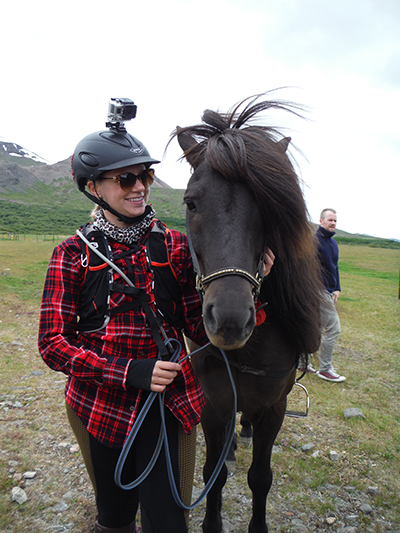 We all tacked up and waited for further instruction. Anita cleared her throat and said “to start off, you all have your saddles on wrong!” She had us put the saddles back… wayyy back, to the point where the girth was almost on the round part of the belly. She explained that Icelandics have a centre of gravity farther back than the horses we are used to, and we need to sit back to allow the horse to move properly beneath us. It felt weird, but we did as we were told.

Once we all had our horses, we mounted up, babbling away with excitement. Anita gave us the basics of herding: front people, stay up front and let the herd follow you. Back people, watch the front, and if they slow down you better slow down too! Oh and at the start, expect things to get a little CRAZY! Buzz buzz!

I was told Siggi would do well in the back, so I took my position and we waited, front riders went on ahead, the string was dropped, and away we all went!

We crossed the road and into a shrub forest at a blazing tolt. Most of us (me included) had never tolted before, and laughed so hard like silly children. It was like sitting on an active washing machine zipping along at a good 20km/hr. There was a severe lack of control (seriously, hard to control a speedy horse while laughing so hard), a tiny bit of fear, but overwhelmingly large amount of sheer joy. 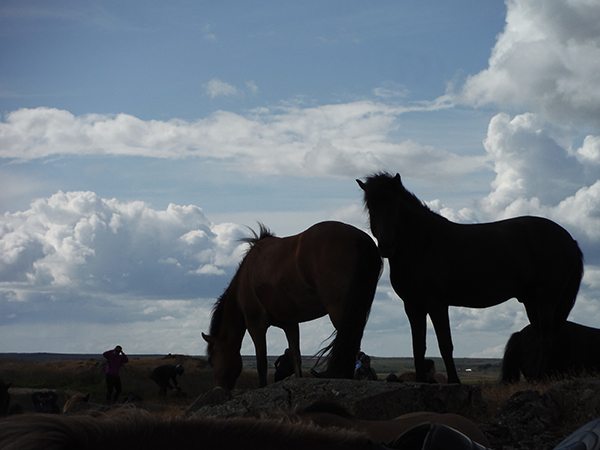 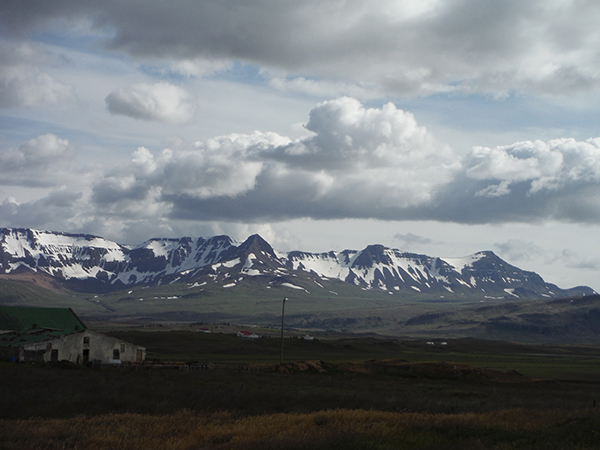 We came out to a dirt road and continued along without the fear of taking a shrub along with our boots, and the visual of the wide open road with the mountains in the distance made the speed much less intimidating. Side note, the speed is mostly intimidating due to the fact that we had NO idea what was going on with the legs or how one controls them… a nice canter or gallop, easy! Tolt to a beginner – holy crap!

Siggi was raring to go, and was pulling so hard on my hands. Anita kept telling me to stay back but he wanted to MOVE! He arced right up into a ball and just tolerated my holding him, but any time I would try to reward with a release… ZOOM!

After about 8km or so, we stopped in a valley for a break. We all had bites of our sandwiches (which we had packed in our saddle bags), and the horses begged shamelessly for the ham and cheese, and tuna sandwiches intended for the humans. I think most of us ended up going hungry… seriously, how could you ignore these faces? 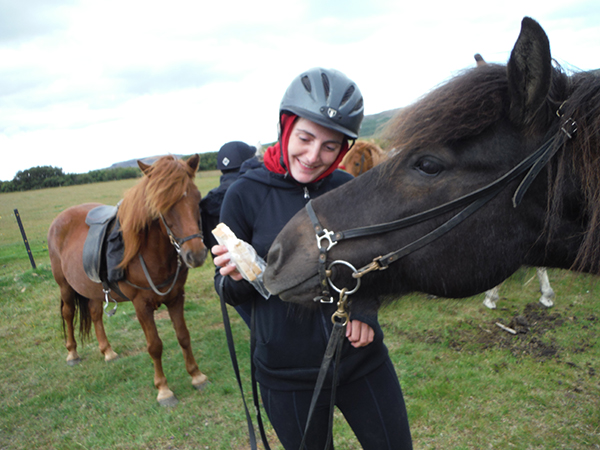 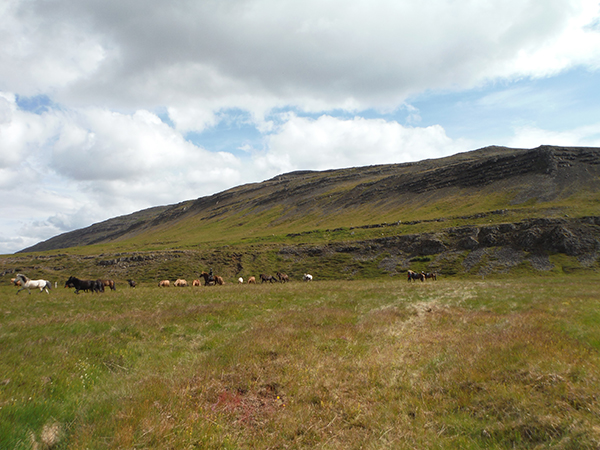 The place where we stopped for our first break.

I moved Siggi to the front pack after our break, and he was much happier to go along and not push the limits. We both breathed a sigh of relief, and I was able to drop the reins loose. He was absolutely lovely after that, with a smooth tolt, relaxed attitude, and so forward! We rode another 8km together (16 total) before we stopped once again for another rest, and to switch horses.

About the author: Sarah is a Canadian endurance rider with over 1500kms to her name in competition, and about ten times that in training rides and leisure. On home soil, in Southern Ontario, Sarah competes her Arab x Trakehner Cricklewood (known around the barn as Bentley). Sarah also competes regularly in Ride N Tie events, and has earned top awards in 2 teams in 2013 and 2014. Sarah is also an avid writer and the main contributor and owner of Eat Sleep Ride Repeat. It is her goal to promote competitive distance riding and help bring it to the mainstream media through stories, photos, videos, and most importantly adventures!