Learn about this historic, progressive trail ride that traces the route Chief Joseph and the Nez Perce took while fleeing from the U.S. Cavalry in 1877.

The Chief Joseph Trail Ride, hosted annually by the Appaloosa Horse Club (ApHC), is a progressive ride that follows the approximately 1300-mile trek the Nez Perce people took while attempting to escape the U.S. Cavalry in 1877. This year's ride runs July 17 – 21 and will cover approximately 100 miles. 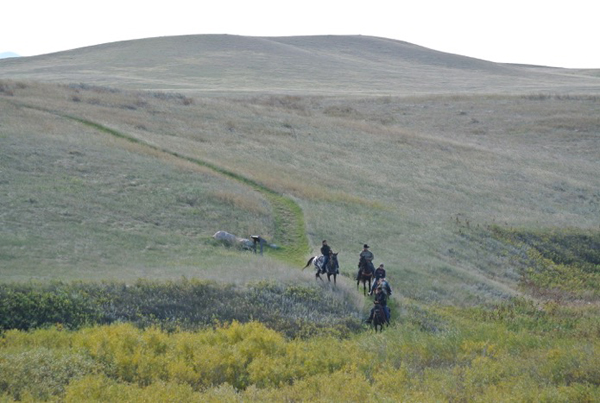 The ApHC held the first Chief Joseph Trail Ride in 1965 in homage to the historical route traveled by the Nez Perce Tribe. It is the longest-running and most popular trail ride hosted by the ApHC, with a portion of the ride completed each year. This year marks the fourth time the ride will be completed, culminating at Bear Paw Battlefield in Montana, where Chief Joseph surrendered. Every year, riders travel 100 miles over a 5-day period, which means it takes a total of thirteen years to complete the entire trail from start to finish. 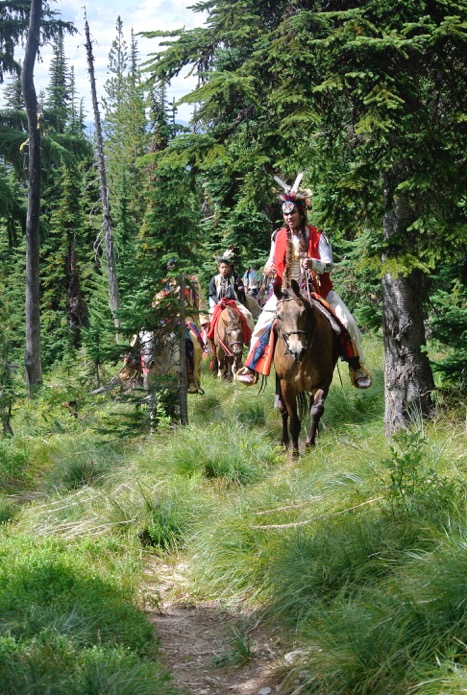 The Nez Perce people were fleeing to avoid being forced onto a reservation. Nez Perce chiefs intended to seek safety to the east with their allies, the Crow, but were forced on a twisting route as their tried to escape the pursuit of the cavalry. Chief Joseph is widely credited with leading the Nez Perce on this journey. He served as a camp supervisor and guardian, was entrusted with handling the logistics of camp and travel, and taking care of the women and children. 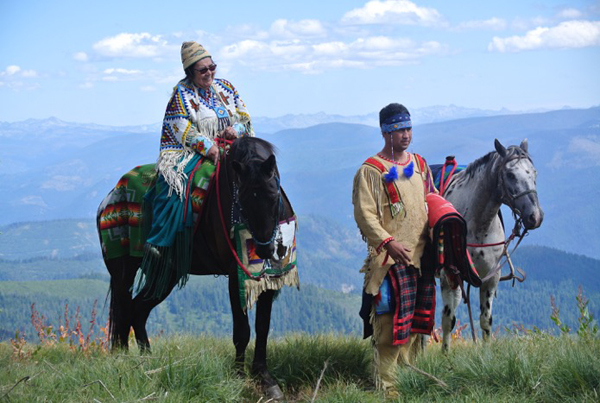 The trail traverses through portions of Oregon, Washington, Idaho, Wyoming, and Montana. From Wallowa Valley, the trail heads northeast and crosses the Snake River at Dug Bar. It enters Idaho at Lewiston and cuts across north-central Idaho, entering Montana near Lolo Pass. It then goes through the Bitterroot Valley, after which it re-enters Idaho at Bannock Pass and travels east back into Montana at Targhee Pass to cross the Continental Divide. It bisects Yellowstone National Park, and then follows the Clark Fork of the Yellowstone out of Wyoming into Montana. 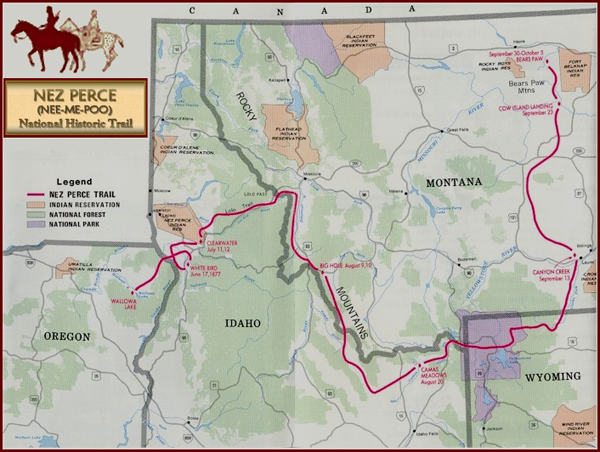 Courtesy of the Forest Service

The Nez Perce people have a long tradition of partnership with the horse, said to have begun around 1730. With the introduction of the horse, they became known for their hunting skills and craftsmanship, and because they were more mobile, they were able to trade and interact with other tribes. 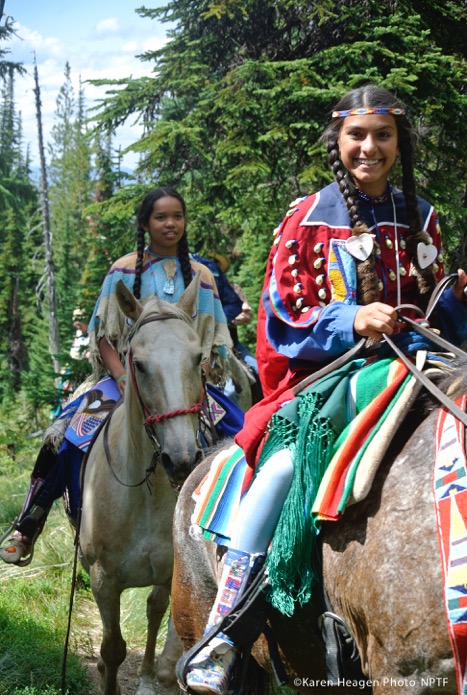 According to the ApHC, it is unknown how many of the Nez Perce’s horses were spotted, but a possible estimate is ten percent. Settlers coming into the area began to refer to these spotted horses as “A Palouse Horse,” as a reference to the Palouse River, which runs through Northern Idaho. Over time, the name evolved into “Palousey,” “Appalousey,” and finally “Appaloosa.” After the Nez Perce surrendered in 1877, their herds were dispersed, and in the late 1800s and early 1900s, interest in the breed gradually began to grow as Appaloosas began appearing in Western roundups and rodeos. It wasn’t until 1938 the Appaloosa Horse Club was chartered with the goal of preserving and improving the Appaloosa breed.

In order to take part in the ride, riders must be members of ApHC and their horses must be ApHC registered Appaloosas. Riders and horses will cover an average of 20 miles of day. Camping is primitive with no electricity or running water, but a caravan with a crew and private vehicles will move from one camp to the next while riders are on the trail. Meals and evening programs are offered if riders wish to participate.