One of the highlights of our trip to Jordan was an exclusive visit to the Royal Stables in the lush Al Hummar Valley outside of Amman. I was able to interview HRH Princess Alia on this special insiders tour, which is featured in the new season of our Emmy winning PBS series, Equitrekking in the "Equitrekking Jordan: Petra, Royal Stables & Dead Sea" episode.

In this video clip, learn about the history and characteristics of the Arabian breed with Princess Alia, as award winning Arabian horses are showcased. You may read my interview with Princess Alia in the transcript below. 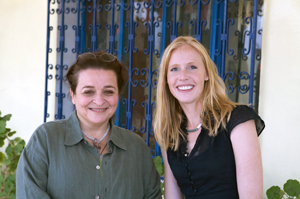 DARLEY: When and why did you develop the Royal Stables?

HRH PRINCESS ALIA: It was just the family stables to start with and then my father in the early sixties realized that the Arab horse in the Arab world was being lost to a great extent because of racing. People were getting more into racing and not using the Arab in the same ways they had, as part of their history and culture, so they were crossing them a little bit with Thoroughbreds to improve the speed. For that reason, he really wanted the stud to be to preserve the local lines and to preserve the Arab horse in its homeland.


DARLEY: I’ve been here riding in the Wadi Rum with Bedouins and getting to ride strong Arabians. How have Bedouins and the desert environment influenced the breed?

HRH PRINCESS ALIA: The idea is that the Bedouins by being so close to the horse and having it, as the story goes in their tent, in days gone by and being around it so much have influenced it in that it likes to be with people so much, and one does notice. You could be in Europe and there’s a field and they’ll be different breeds, and they’ll come up to say hello, but the Arabs will keep following you. You know till you get out of the field. They really do like being around people and they’re very curious. They say that that goes back to the influence of having been around the Bedouin so much in their tents and that over the years it’s developed a very special relationship with humans.

DARLEY: Are there any particular legends or myths surrounding the Arabian horse? 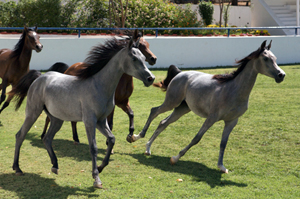 HRH PRINCESS ALIA: There are lots of myths and legends about the Arab horse. Some say they're comets against sort of bad entities, but one that I particularly like that I heard from a very old friend was that there were seven original Arab horses and that each one had a message-- a specific message. All Arab horses today carry at least one of these messages.

They’re things like the courage to protect the ones you love. In that way some, those horses could appear to be aggressive, but it’s actually courage... loyalty, love, compassion, but really wonderful messages. And that these horses came with the message and they were created beautiful, because people need to receive these messages, but they don’t listen to each other enough, so therefore the horse was created beautiful because it would attract human beings and be able to pass on the message in a subliminal way. Then, sadly, human beings started wanting the horses for themselves and greed came in and greed spoils everything. So I think it’s a rather lovely lesson in a way if one thinks about it.

Learn more about how you can ride with the Bedouin and take in equestrian culture in Jordan on Equitrekking Travel's Jordan Bedouin Trek & Classic Tour at http://www.equitrekkingtravel.com