A “Royal” Equestrian Experience in Versailles

A “Royal” Riding Adventure in Versailles

On a recent trip to visit family in France, I found opportunity to discover what Versailles has to offer an enthusiastic horse lover. Having lived in France for many years as a school girl, I had visited the Chateau of Versailles on countless occasions, and I was familiar with the vast grounds upon which the Chateau sits.

As any equestrian would, I have long yearned to know what it must have been like to trot down the long corridors of tree lined paths and gallop through the nearby forest in the shadow of the Royal Palace. 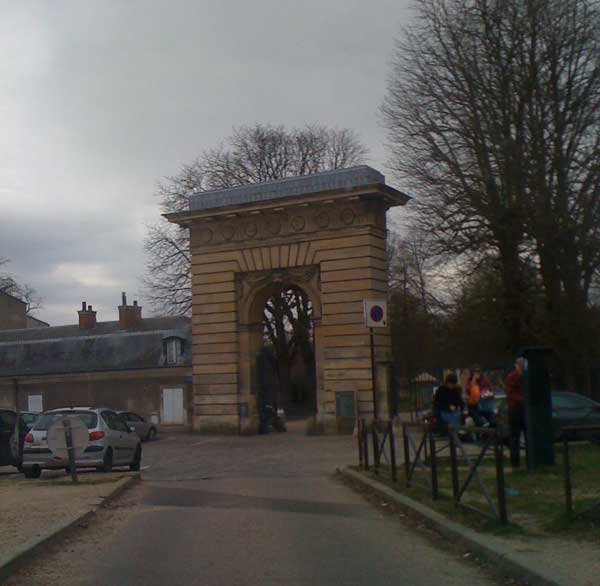 I contacted La Grange Martin, a local horseback riding facility that I was told could take me on a two-hour ride inside the royal gardens. We agreed to meet at the gate of St Antoine, better known as “La Port St. Antoine,” where we would saddle up the horses and start our trek toward the Chateau.

It was a beautiful March morning. The air was still a little crisp-- the perfect conditions to spend a few hours taking a royal stroll with our horses. Having just arrived the day before, I was still feeling a bit jetlagged, but all the same, I was very excited to have this experience; an opportunity that would marry my keen interest in history with my passion for horses.

Jean-Luc Auclair, owner of La Grange Martin, and his associate, helped the three horses off the trailer and saddled them. We mounted and after posing for a few photos, and were on our way through the Gate of St. Antoine, named for Marie Antoinette, whose farm lay just beyond the gate.

Riding Through the Royal Gardens

Mounted on Argentinean horses, Jean-Luc explained that he uses these horses for polo matches, a sport he has been teaching and playing for years. Hearing that we were riding horses skilled at polo, I knew I was going to get more than a royal stroll on such powerful animals. As we passed under the arch of La Porte St. Antoine, I was taken back in time, imagining what it might have been like to be part of the royal court and take my horse out for a morning ride.

The paths were lined with trees that seemed to stretch to the sky. We rode past Marie Antoinette’s farm, Le Hameau de la Reine, a gift to her from the King, and modeled after a peasant village in Normandy. The daffodils were in bloom and new grass was of the brightest green, taking a breath of fresh air after a long and cold winter waiting to surface. 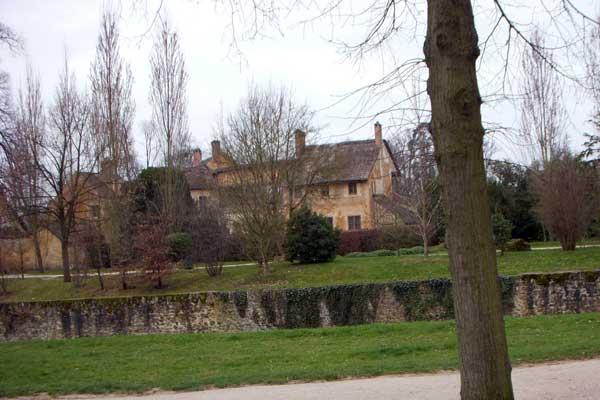 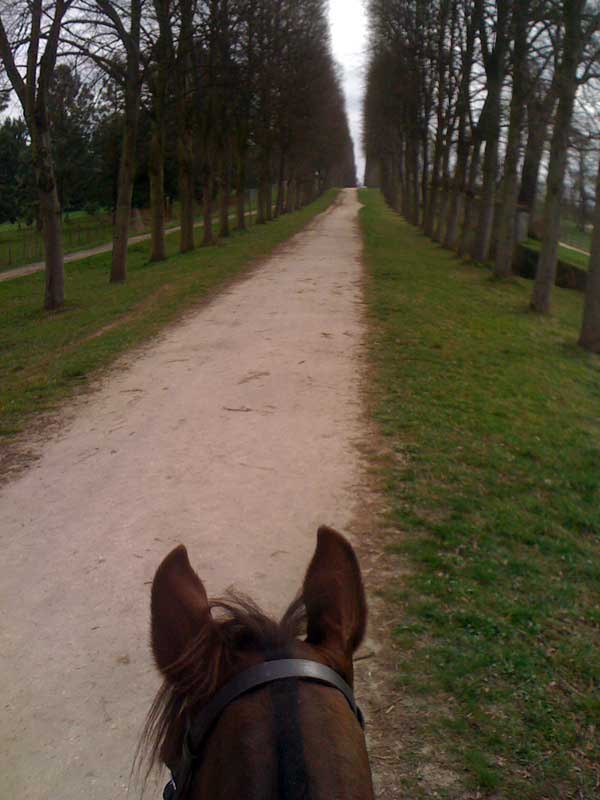 The History of the Gardens

With over 800 acres of land, the gardens of Versailles were commissioned by King Louis XIII in the early 1600’s. Following in his footsteps, King Louis XIV saw his father’s vision at Versailles realized.

We headed towards the rear gardens of the Domaine de Versailles, which were intentionally designed to give an illusion that one was deep in the countryside. These rear paths led us past the Grand Trianon, one of the King’s favorite spots to escape from life at the Royal Court. Not far away stood the Petit Trianon, a smaller version of the Grand Trianon and favorite retreat of Marie Antoinette and King Louis XVI. 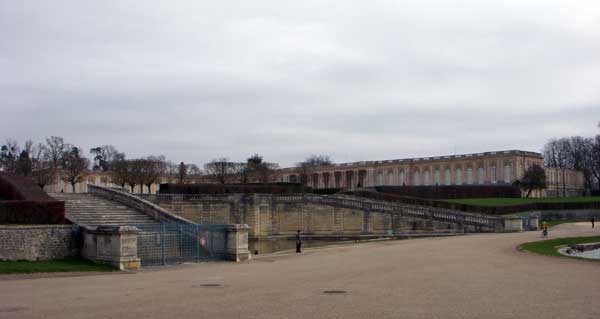 After long trots and a few exhilarating gallops, we cleared the tree lined paths and reached the Grand Canal, where we rested for a while and savored the breathtaking view of the Chateau of Versailles atop the hill.

We rounded the Grand Canal, and I was led to see France’s contemporary weekend Presidential retreat, neighboring the Gardens of Versailles.

We returned to La Porte Saint Antoine where our ride began, and I truly was feeling like royalty, as we nodded politely to people we passed. There was a distant whisper that caught my ear with them saying, “who is she and I what an experience what it must be to ride through these royal gardens!”

Indeed, it was an experience unlike any other. Knowing that these paths and views were once reserved for only royality it was privilege to be transported back in history.
Much of the gardens you see today date back to the 17th century. Following the French Revolution, the National Convention was convinced to open the gardens to the public rather than destroying them. It is because of this that we all are now able to enjoy horseback riding along the paths and through the gardens.

To enjoy a “Royal” ride through the gardens of Versailles visit La Grange Martin or email them at lagrangemartin@aol.com