Riding in the Washakie Wilderness with T Cross Ranch

See the West that looks much the way it did in the early 1800’s by horseback riding into the Washakie Wilderness Area in the Shoshone National Forest with T Cross Ranch.

When you visit the T Cross, chances are that one of the adventurous rides will take you into the Washakie Wilderness Area which borders the T Cross to the west and north. There are only a handful of entrances into this pristine wilderness, and T Cross is one of them! Known for its size, wildness, diversity of wildlife and severe climate, it does not get many visitors. When you ride into the wilderness from T Cross, you will rarely see any other people. It’s just you, your horse, your T Cross friends, and whatever wildlife you happen across! 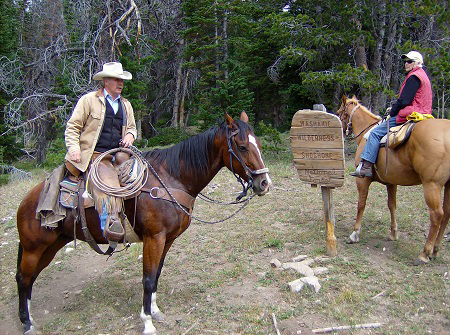 This glorious section of wilderness was first set aside when congress passed the Wilderness Act of 1964. Then in 1972, the South Absaroka Wilderness was combined with the Stratified Primitive Area to form the Washakie Wilderness, named for the revered Shoshone chief. To be designated as a wilderness area means that no motorized or mechanized vehicles are allowed, no roads can be built and there can be no logging or mining in the area.

The Washakie covers 1,100 square miles and includes sections of the Shoshone and Bridger-Teton National Forests. Bordered by the Teton Wilderness to the west, the North Absaroka Wilderness to the north and the Wind River Reservation to the southeast, all total, there are over 2.1 million acres of wilderness! This is a huge chunk of Wyoming that has been set aside for us to marvel over! 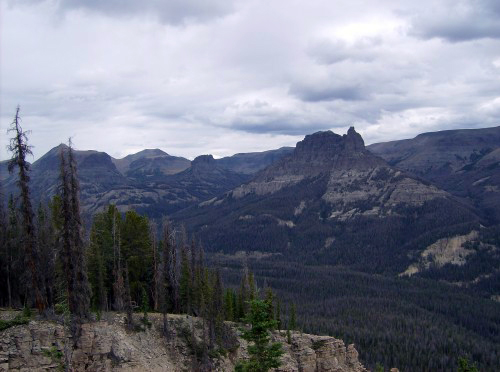 Stunning views in the Washakie Wilderness.

Located in the Absaroka Mountain Range, the Washakie Wilderness is composed of eroded volcanic flows. Amidst the rugged peaks and ridges there are petrified forests and fossils awaiting discovery. I know one T Cross regular who has found such fossils in Horse Creek! The highest point in the wilderness area is Franc’s Peak at 13,153 feet which straddles the eastern boundary. There are vast plateaus above 11,000 feet and a good number of rivers that follow a glacial stream pattern.

Wildlife abounds in the Washakie and includes moose, elk, pronghorn antelope, big horn sheep and mule deer of course, but also grizzly and black bear, mountain lion, bobcat, wolverine, and martens. The Washakie Wilderness was also one of the locations where wolves were reintroduced and at least four wolf packs are alive and well in this incredible part of Wyoming. 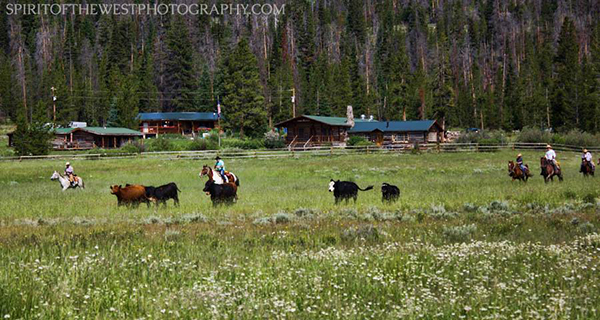 If you want to see the West that looks much the way it did in the early 1800’s when John Colter first explored this neck of the woods there’s no better place than to come to the T Cross, and take a horseback ride into the Washakie Wilderness Area. It is simply breathtaking. 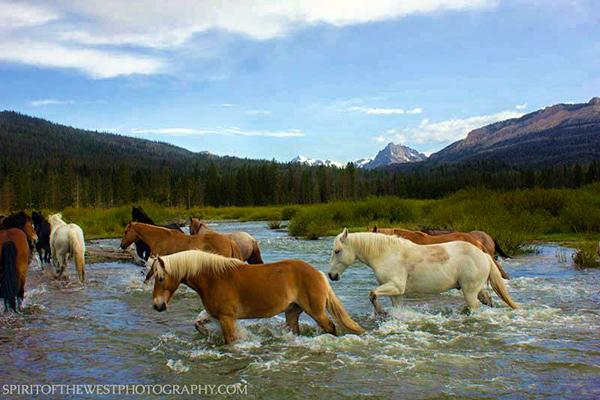 Can't you just hear those hooves in the river? Horses from T Cross Ranch.

How you can go: T Cross Ranch is located outside the Western town of Dubois, a two-hour drive from either Jackson Hole or Riverton. Learn more about visiting T Cross Ranch on their website. Check out T Cross in the Equitrekking Vacation Guide and learn why T Cross is a Top 20 Ranch pick.

About the Author: Cindy is a NDY (Not Dead Yet) native of Western Colorado. She is a regular at the T Cross where she undergoes an annual on-the-job interview to become a wrangler-ette during her retirement! For now she resides in Social Circle, GA with her 2 dogs, 4 cats and 3 horses.