When making the arrangements to travel to Chincoteague I had one thing on my mind...wild ponies. What I found upon arrival was so much more.

Chincoteague National Wildlife Refuge and Assateague Island National Seashore both are on the island of Assateague. The pristine beaches, wetlands, maritime forests and saltwater estuaries offer the very best in wildlife viewing. The parks are meticulously maintained and the locals are very friendly. 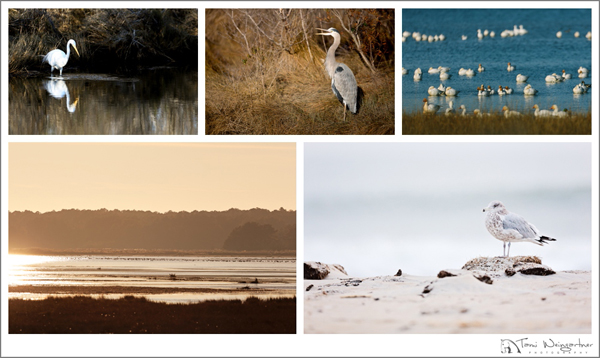 Chincoteague Refuge is open to the public year round. The biggest tourist season is June through August with the height being the Chincoteague Island Pony Swim. I chose to visit the islands in December for a long weekend and was rewarded for this ten fold. The ponies were relaxed and content, not being bothered by flies, heat or the heartache of weaning. The abandoned beaches were full of shells, and you could walk along and only occasionally meet another person.

My first stop upon arrival was the visitor's center to get a weekend pass, map, familiarize myself with the local wildlife, rules of the refuge and gather any intel that I could on where the most recent pony sightings have been. I was pleased to hear that the ponies were seen grazing in the Wildlife Loop the night before by the rangers of the US Fish & Wildlife Service. The Rangers were happy to share the ponies' secrets and also to give tips on the best places to view wildlife.

After a few hours of searching for the ponies (and being waylaid by the gorgeous views and a visit to the beach) I was thrilled to come upon the stallion Surfer Dude with a small band of mares. The ponies are very sturdy with strong straight legs, good bone and nicely set necks. As the ponies grazed and the sun sunk down below the horizon bathing everything in a warm glow, I could not help to think that surely there is no place more lovely. 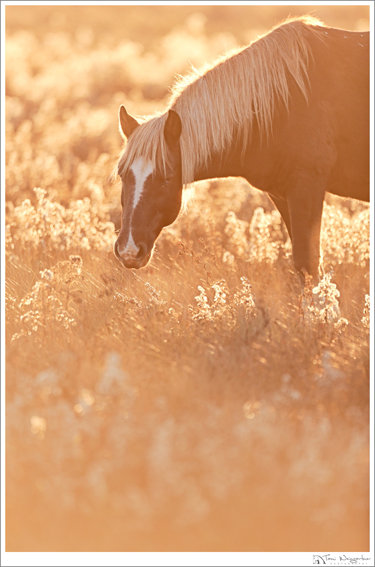 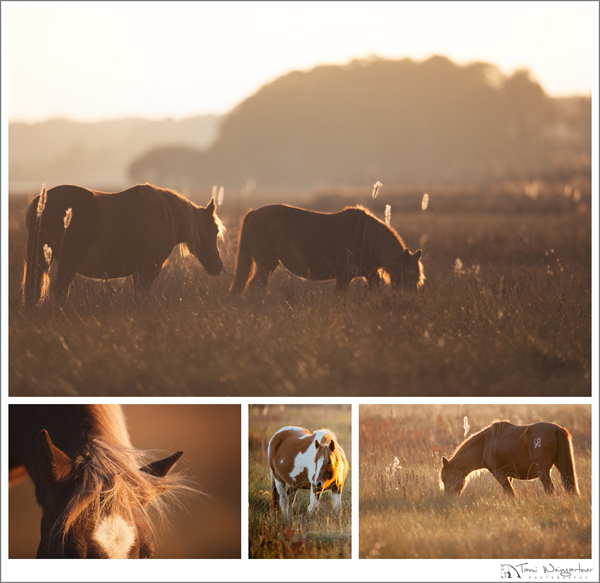 The next morning after visiting the beach to watch the sun come up over the ocean, I went on a guided boat tour of the protected waters between Chincoteague and Assateague. This is an excellent way to see the ponies on the remote parts of the island that are not accessible by trails. I was lucky to have Captain Bob as my guide, who had an eagle eye spotting ponies long before anyone else could make them out on shore. He also had an impressive amount of native artifacts and was happy to share the history of the islands.

We were able to see several more bands of ponies as well as Surfer Dudes' son, Riptide. We also observed some bachelor stallions and an older mare that was by herself. The boats are available for the tours, which can be customized so you can see what you want. They are also the best way to see The Annual Pony Swim.

Chincoteague has much to offer any traveller–– a beautiful, quiet destination to recharge your soul in the offseason of winter and early spring or the excitement of the Annual Pony Swim in the summer. The Summer Swim and Auction take place on the last consecutive Wednesdays and Thursdays of July when upwards of 50,000 spectators from all over the world flock to the island to take part in the annual event. 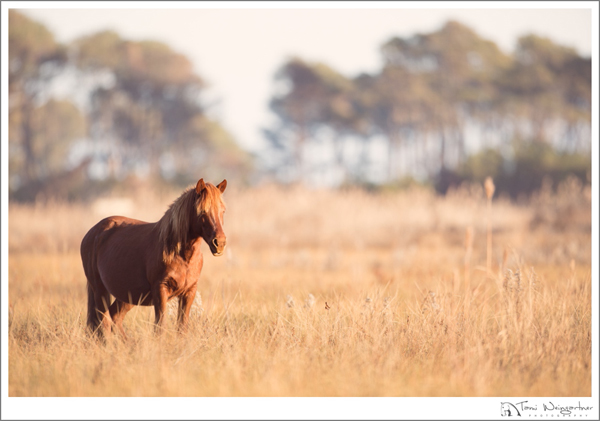 About the Author/ Photographer: Tami Weingartner is a lifestyle and equine photographer based in Pittsburgh, PA. A lifelong equestrian, she is passionate about capturing the bond between horse and rider and is available for commissions worldwide. You can keep in touch by visiting her blog www.tamiweingartner.com/blog/ find her on twitter @TamiWeingartner or follow her on Facebook facebook.com/TamiWeingartnerPhotography