On the Trail of the Old Gold Miners in Idaho

The Equestrian Vagabond rides the streets of Silver City, an old mining ghost town in the Owyhee Mountains in Idaho.

When it gets too unbearably hot in the Owyhee Desert, you load up the trailer and head for the hills. A steep twisting road takes us up into the Owyhee Mountains, up the old dirt Silver City stage road. Even though it's graded and well maintained, it sure makes me glad I'm not a stage coach driver back in the gold rush days–– and it still makes me a bit nervous with its steep grade and sharp curves. The road deposits us 2500' above the valley floor where it's a delightful 15 degrees cooler, and a hundred years older. 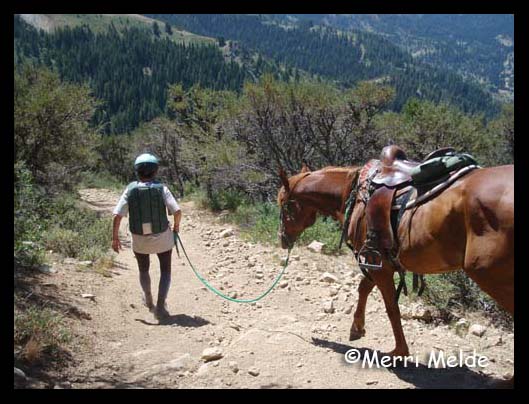 My friend Karen and I ride her horses Rusty and Gil, through the streets of Silver City, an old mining ghost town and National Historic District, which produced some of the richest hauls of gold and silver in Idaho's history, and which served as the county seat from the late 1800's to early 1900's. 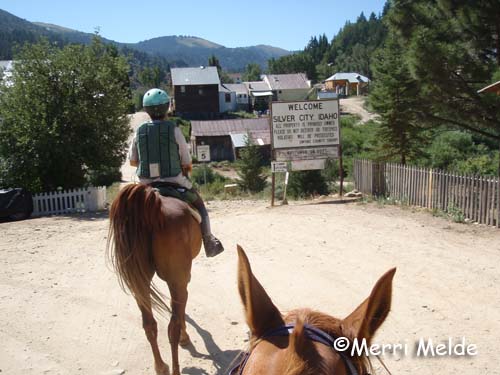 We successfully explore a new loop on some old back mining roads. We ride past many old mines–– adits tunneled into the mountainsides with their white tailings scarring the slopes, and open shafts sunk straight down right on the edge of the roads. 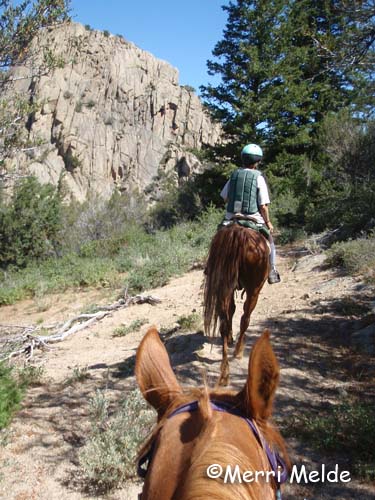 We ride up alongside a series of tailings and a newly-under-construction road, which are part of the Oro Fino mine, originally discovered in 1863, and now being re-mined. 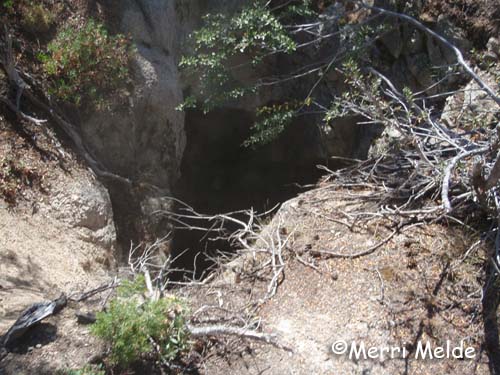 Now the Silver Falcon Mining company is sifting through 30,000 tons of tailings they've hauled down from the mines, including the Oro Fino, on War Eagle's flanks. I'd heard they were going bankrupt and so pled for permission to start leaching for minerals. They just won that request. Doesn't say what process they'll use, but the industry standard for leaching gold is cyanide, which is of course toxic to the environment and people. One can only hope there's no leak in their liners anywhere.

According to one source, the original Oro Fino mine produced $1,800,000; according to another source, it "yielded $2,756,128 in six years, without any considerable cost to its owners." That's at the value of the dollar back then. Silver Falcon expects to recoup 6 million dollars worth of gold and silver from the tailings. 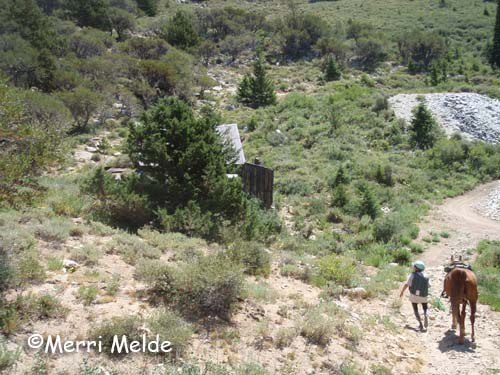 But gold fever hasn't grabbed us, and we're more interested in riding these historical trails, like this steep descent from the War Eagle saddle, and 'discovering' new sights, like this cool old mining shack.

Note the old outhouse that perched right over the creek (!!! woe to the downhill neighbors!). 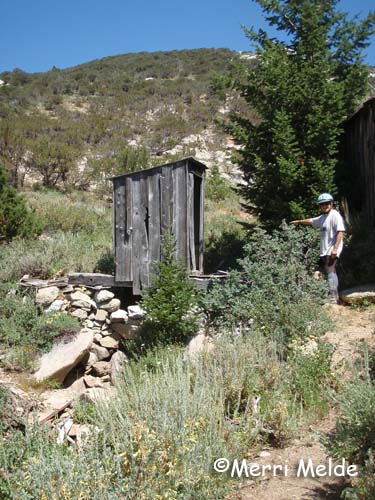 The ponies work hard, climbing 1500' to 7600', just 300 feet below the top of War Eagle peak, then scooting and slipping back down the other side, reminding us just how hard the mining days must have been, not just for humans, but for the 4-legged beasts that toiled the roads, making possible the Gold Follies and Dreams of men (and women) of the Idaho Gold Rush days.


About the Author: Merri Melde is a professional horse photographer, writer, rider, and traveler, with a passion for endurance riding that borders on obsession. Her equine photography and adventures from around the world can be seen at www.TheEquestrianVagabond.com and on her blog at theequestrianvagabond.blogspot.com.