If you ask a Cherokee tribal member how long they have lived in the mountains of Western North Carolina, they will say that they have always been here, that the Creator put them here. If you ask an archeologist or Dr. Barbara Duncan, like we did, she will say that evidence shows that the Cherokee as having been here for thousands of years.

No matter what you believe, the Cherokee have been in Western North Carolina for a long time. They have deep rooted traditions and culture and a great history with horses. I wanted to delve into the past and learn more about this little publicized subject. 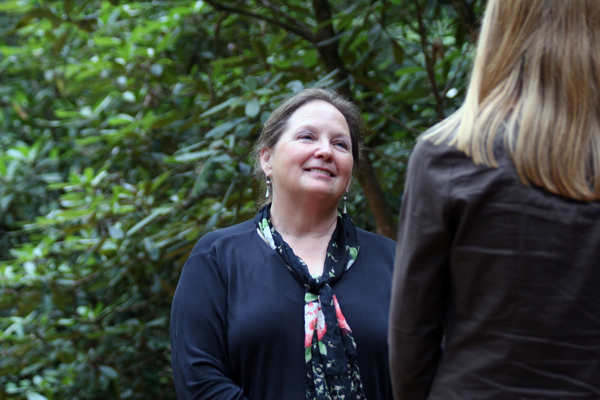 I had done a lot of research before my trip, but there wasn't a ton of information that I could find about the Cherokee and their horses. I would be interviewing Dr. Barbara Duncan, Education Director at the Museum of the Cherokee Indian; Tyler Howe, Tribal Historic Preservation Specialist for the Eastern Band of Cherokee Indians; and Davy Arch, Education Director at the Qualla Arts and Crafts Mutual, to drain all of their knowledge about horse history and culture.

The Eastern Band of Cherokee Indians are descendants of the Cherokee people, who stayed in the mountains during the forced removal that led to the Trail of Tears to Oklahoma. 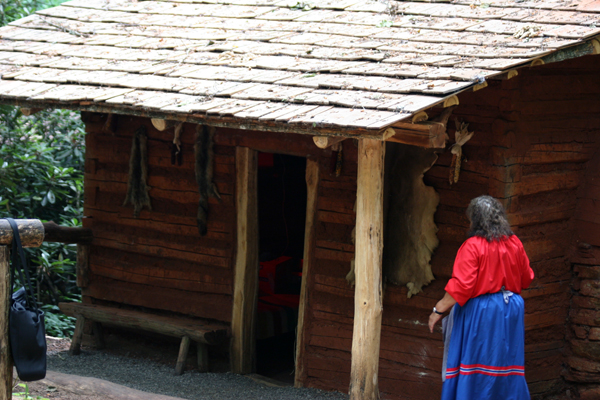 While touring the Oconaluftee Indian Village, a replica of a Cherokee village from 250 years ago, I got to try some traditional Cherokee food and take a look the past. The village exhibits living history, so beside various homes you'll see people are making pottery, canoes, bread and more.

Horse stealing was a problem, so they had to keep a good watch. The Cherokee would steal from the colonists and vice versa, so at one point the Cherokee began marking their horses, so if they were stolen they would be able to try to find them. 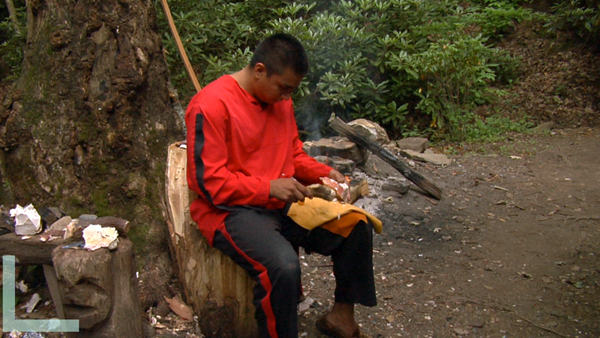 The Cherokee were avid traders and began trading horses and selling them. They also began passing their horses down from father to son. The horses became a source of pride and travelers of the day wrote about the fine quality of Cherokee horses. There is much more horse history, but Dr. Duncan and Davy Arch tell it best. 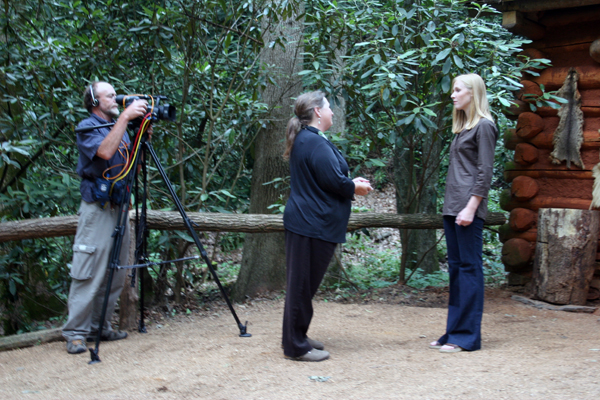 Later in the day, I headed out to try trout fishing with Dave, another Cherokee member. The rivers on the reservation are stocked with trout and though I didn't catch anything, Dave did within about a minute of throwing out his line.

The Cherokee dance and sing to celebrate things for which they are grateful. I was happy to know that they had a song for the horse, which I would be seeing and hearing during a performance of the live show Unto These Hills. Performed in a large outdoor theatre, this show tells a bit about the early and more recent Cherokee history and has been performed since 1950. 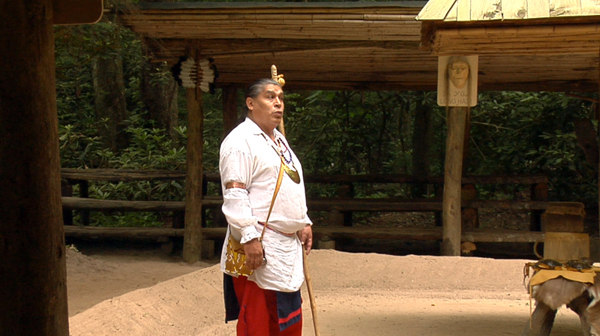 The music of the horse dance will certainly get into your head. Having horses made life easier for the Cherokee. From what Davy Arch told me, the Cherokee like the personalities of individual horses, because they are a lot like people.

The traditional horse song has a pretty catchy melody. You'll have to watch our "Equitrekking Carolinas" episode to see it.

Darley Newman is the host of the Emmy Award-winning Public Television series Equitrekking®, which takes viewers horseback riding around the world. Equitrekking is broadcast on PBS stations and on international networks.