Do cowboys still exist? Their lifestyles may have changed, but yes, you can still find cowboys at American ranches and out on the trails.

"Sometimes you wonder why they all bunch up into cities, when there's all of this,” said Ron Schaefer, as we look out over miles of high desert and the small twin border towns of Sasabe, Mexico and Sasabe, Arizona. We had raced on horseback against the setting sun, Ron in the lead, eager to show me this view in the afternoon light from atop the highest peak in the area.

At that this time of day, the beautiful setting sun filtered through the mesquite trees and cacti lighting up the rolling hills of nearby Mexico. I thought about what Ron had said. I had chosen to live in cities for most of my life, but continued to savor places like this. Like many people, my work had taken me to the city. Ron’s work and life choices had taken him to an Arizona dude ranch, where he'd spend his days riding the range. Ron was living a novel existence – the life of a modern cowboy. 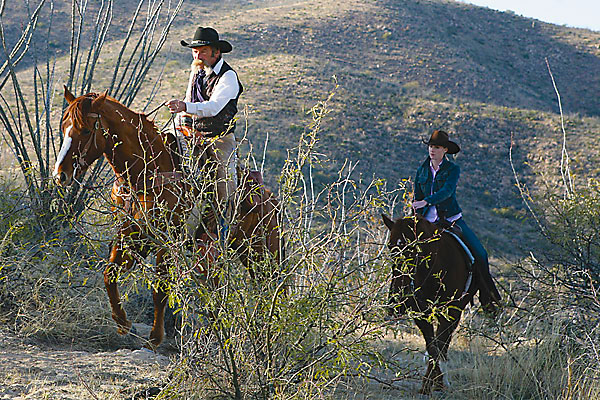 Ron rides a horse to work, a six-shooter on his hip. He watches the low sagebrush, mesquite trees and high desert environment change like city dwellers watch the shifting windows at Bloomingdales. And he’ll chronicle the changes in the land for you, if you ask. The gun, a relic from the Civil War that once belonged to a relative who had served, sits in a leather holster. Wild dogs and those who would prey on the desperation of illegal immigrants are the reasons he’s armed. Politics are of no concern to him. He’s protecting the ranch and its livestock and guests without bias. When I asked him if I had reason to be concerned, Ron laughed, asking, ”What can I do with six bullets and a tiny gun?” Indeed, the greatest deterrent he has to any danger is his unparalleled command of his mount and intimate knowledge of the land. “Besides”, he says, “we don’t see much trouble here. But safety is important”. 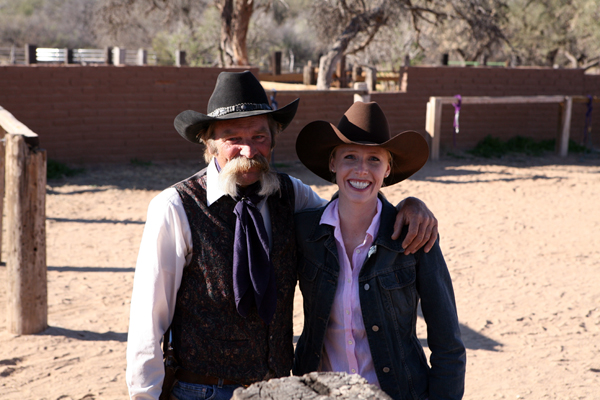 In my travels, I’ve met a select group of people who, like Ron, are living what I’ve come to recognize as an authentic western lifestyle. They share similar qualities, including a deep respect for history, a fascination with different cultures, and patience seldom seen in modern times. They spend their days on horseback immersed in nature, and their fates are intertwined with the horses, livestock and land.

There’s Jay Brewer at Wildcatter Ranch. Jay’s a native of Graham, Texas where the ranch is located. Jay grew up on horseback, at least until he “became more interested in girls than horses” in high school. Jay’s curiosity of life away from Graham led him to New York City, where he lived on the Upper West Side, rode the subway, and very nearly lost his swagger. But Texas never left him completely, and after a few years, he bought a plane ticket home to Graham. You can find Jay at Wildcatter, guiding riders into the rolling hills of North Texas, relaying the history of the Comanche Indians and the colorful “willdcatters,” people searching for oil by drilling for it. Jay has a passion for life and a great sense of humor, two qualities he shares with guests. 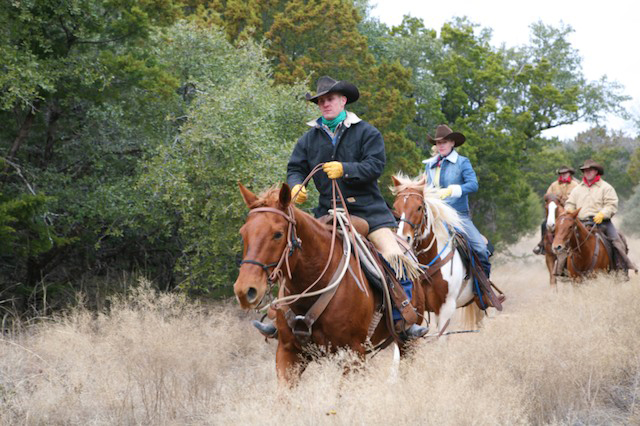 As I asked Jay about his decision to come back to Graham, he told me this, "I went and saw the world and came back and decided- this is a lot better."

In Colorado, Anne Rapp doesn’t work on a ranch, but almost every day she rides out into the San Juan Mountains, either for pleasure or to guide riders like me to high altitudes and the far reaches of this dynamic area. Anne’s been riding these mountains for over 25 years, pioneering countless trails. She takes in the wild flowers as they change and braves hailstorms and changing weather under shelter of a cowboy hat. The many years that Anne has ridden in this area hasn’t lessened the experience or the natural elements that Anne calls “humbling.” 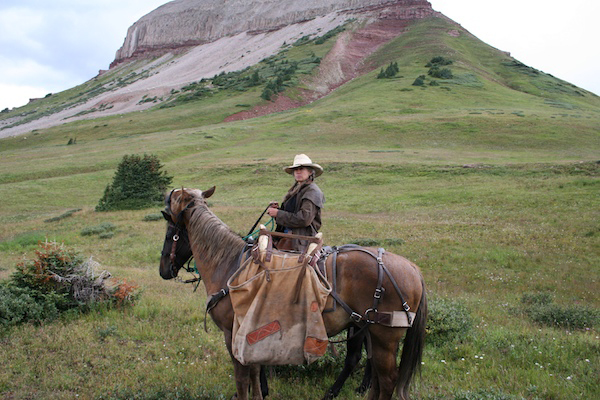 Ron, Jay and Anne are modern cowboys. They may not be driving cattle on the Chisholm Trail, but they are trailblazing. We can’t all be cowboys. There are less of them now than there were and those numbers are dwindling, but we can all play cowboy and support those people who have chosen to live a different kind of modern life by riding with them and hearing their stories. Mostly, we can learn from them, and share a few days in their lives. It’s their stories of their horses and the natural world that enrich our lives.


Learn more about where you can meet great cowboys in the Equitrekking Vacation Guide to dude ranches, guest ranches, cattle drives and riding vacations.