Horse Ride through the ancient city of Petra in Jordan

You’ve probably seen photographs of the Petra’s famous Treasury or perhaps know it from the climax of the movie “Indiana Jones and the Last Crusade” starring Harrison Ford, when Indiana finds the Holy Grail inside the Treasury.

Petra is the ancient Nabataean city carved into the rocks in southern Jordan. It’s one of the new Seven Wonder of the World that many long to visit. 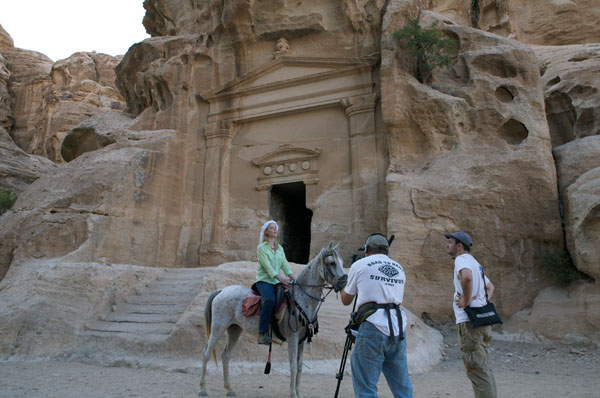 While Petra’s siq and Treasury were understandably packed with tourists on my visit to Jordan, Little Petra, a suburb of the expansive urban area, was not crowded at all, making it perfect for exploring on horseback.

Little Petra is, just as the name says, a mini-version of Petra. The high red, rose rock walls of the sandstone canyons rose around us, as I rode the dusty trails on an Arabian horse named Chams bred by Bedouin guide and endurance champion Atallah with fellow Bedouin Ibrahim. 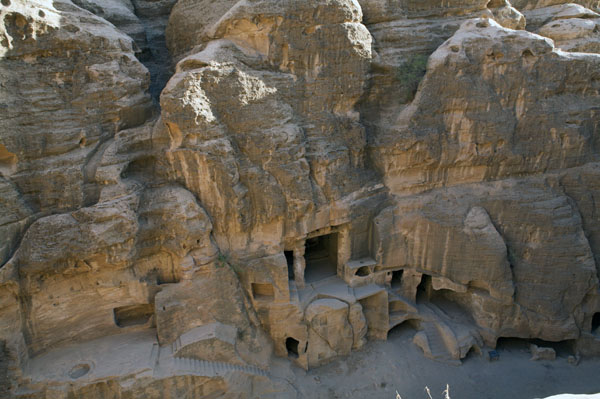 Petra was a desert oasis, but only succeeded by building a complex water storage system.  Two thousand years ago people would have ridden into this large urban area much the same as we were. 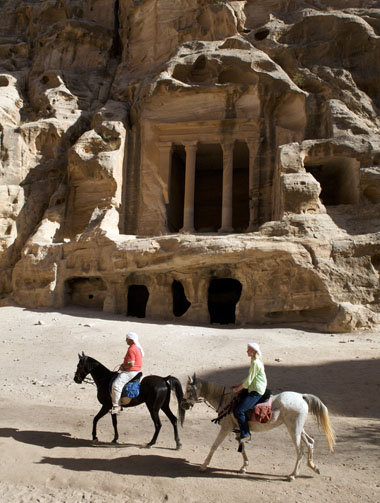 They might have brought with them silk, spices or other goods to trade. They were likely humbled and surprised, much as I was, by this impressive desert city.

The day after Little Petra, I would ride a camel by the Treasury and toward Petra’s amphitheatre, discovering that controlling a camel is similar to a horse, but for me more difficult, especially when your camel keeps lying down. 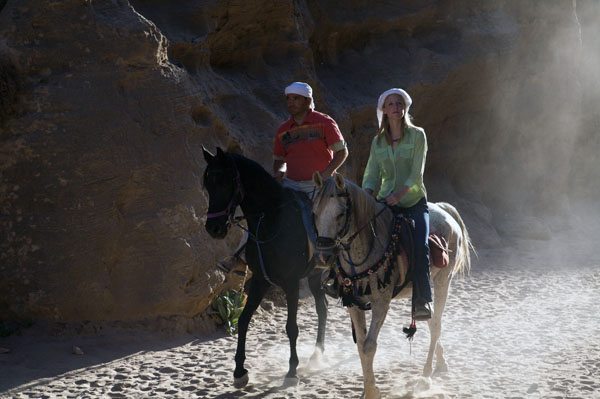 Petra’s caves, theatres, houses and temples are now empty, save for the many tourists who flock to see this once Lost City and discover its rich history.