The inaugural Central Park Horse Show drew a near-capacity crowd to New York’s most famous urban park from September 18-21, the first event of a seven-year planned contract. The show featured speed courses, dressage, vaulting, and even polo, and while it brought all things equestrian to the center of a bustling city, it sometimes felt like a dress rehearsal for years to come. 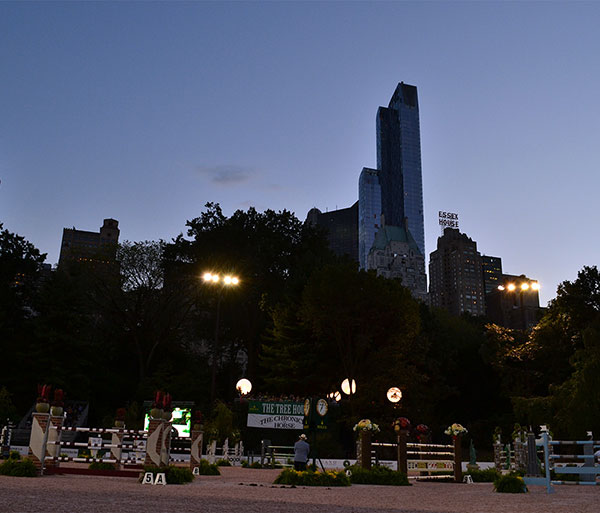 Looking southwest across Trump Rink, the home of the Central Park Horse Show, the New York City skyline is something to behold.

Influential organizers included Donald Trump, who helped arrange the use of his namesake ice skating rink to host the event. The event brought a major horse show to New York for the first time since the National Horse Show left Madison Square Garden in 2001, according to the Wall Street Journal. 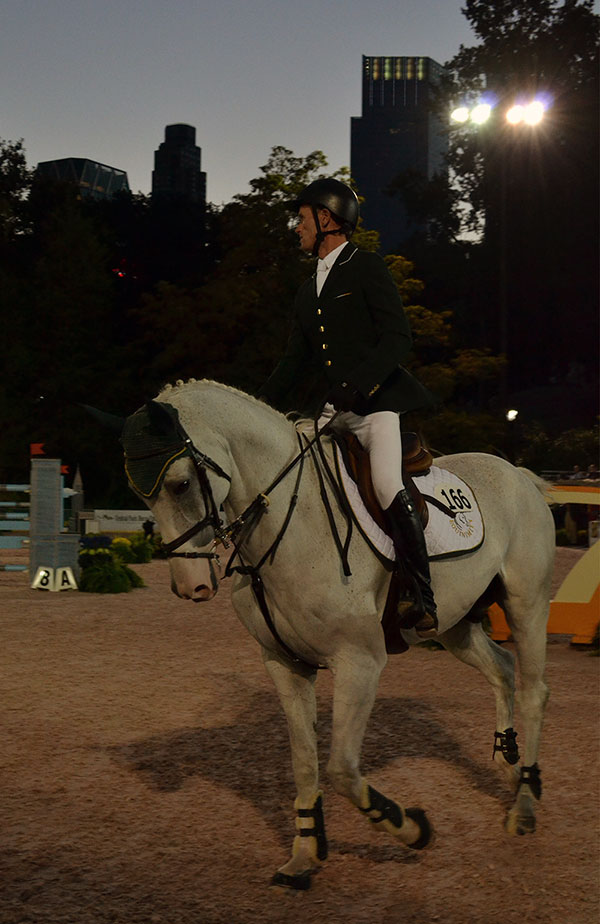 With evening ticket prices going for roughly $200 per seat, organizers were quick to point out that the money was going to local charities, including $25,000 to the City Parks Foundation and $10,000 each to the New York Police Department and the New York City Parks Enforcement Mounted Auxiliary Unit. The equestrian charity GallopNYC also received a portion of the proceeds. 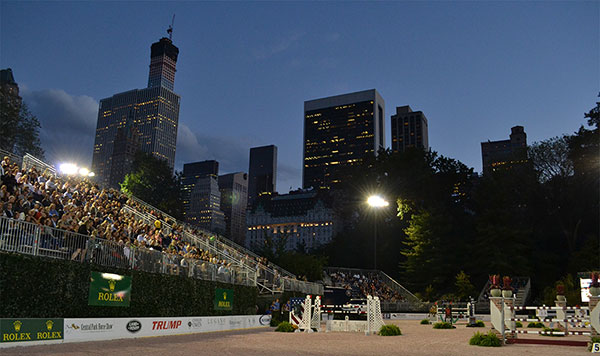 Looking southeast across Trump Rink, the historic Plaza Hotel can be seen against the bright lights of the Central Park Horse Show arena.

Trump said publicly that the event had taken three decades of work to bring to fruition, and the unique venue did attract a national audience. On the second evening of competition, an 11-year-old hunter rider and her father talked about traveling from North Carolina for the show, while another young woman had come from rural Pennsylvania for the evening. Everyone was excited about the possibility of a show like this becoming another New York sporting tradition in the vein of the US Open, which is held in Queens each year. TV viewers also tuned into the first night’s events, watching NBC’s prime time showcase of the Grand Prix, which featured Georgina Bloomberg winning the $210,000 prize. 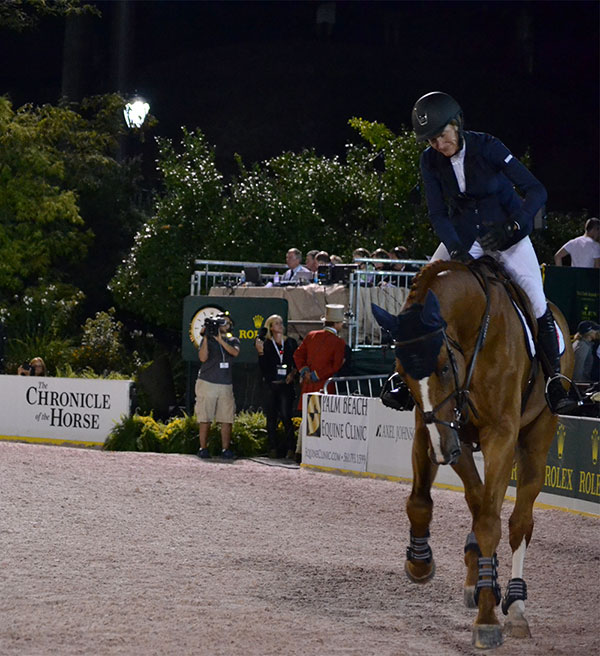 Though the location was unprecedented and the riders world-class, the ring itself seemed to confound some competitors. Based in the Trump ice skating rink, the grounds appeared to be an unusual shape, and seemed much smaller than typical competition venues. One jump in particular was heavily shadowed by nearby bushes, and many riders struggled to complete clean rides. The size and shape of the ring seemed to present issues with pacing and strides, with very few clear rounds and lots of rails down, even from seasoned riders like Todd Minikus and Charlie Jayne. 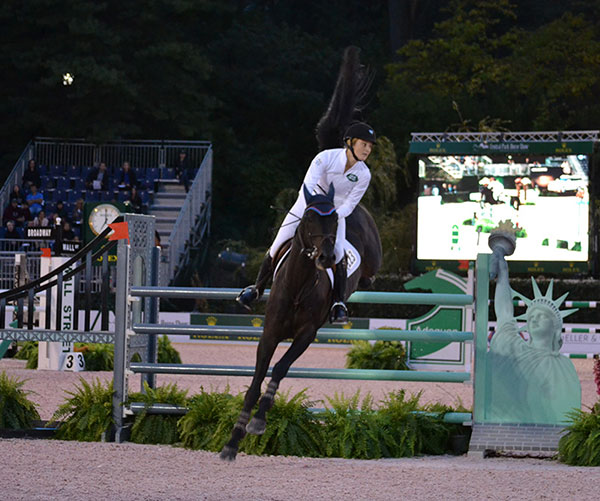 Under-25 rider Katherine Strauss and All In clear the middle line in Friday night's "NYC vs the World Team Speed Challenge.

The venue was so small, in fact, that everyone seemed to have a great view of the action and gasps from audience members were doubly amplified with each refusal or fault. From the outside, parkgoers might not have realized anything out of the ordinary was going on, except for the makeshift stable taking over a portion of one of the park’s fields. It was a very intimate space, as well, where visitors could bump into a rider at any time. The food area was adjacent to where riders mounted their horses, and the VIP area was within a glance of the stands. Audience members had very close access to some of their favorite riders- a lot of access for the admission fee. 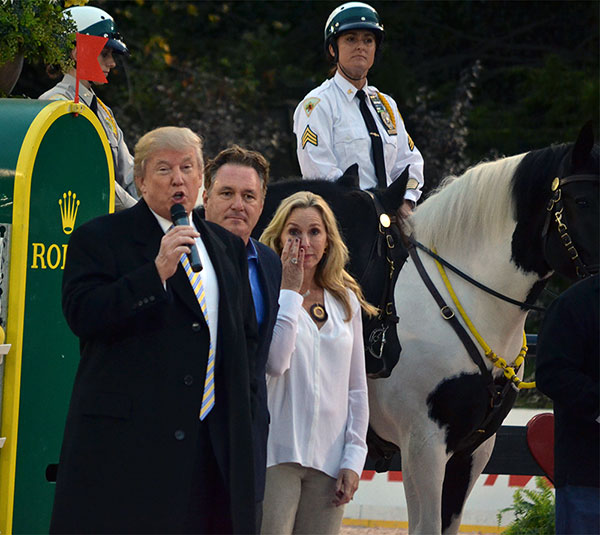 In the end, the Central Park show, while not without its flaws, was a major win for the park and the city. Organizers even recognized the unique location with a speed team challenge featuring New York riders competing against a mix of international riders. Though the international team ultimately won, the two team captains, Georgina Bloomberg and Kent Farrington, doused each other in champagne to celebrate- a very New York ending. 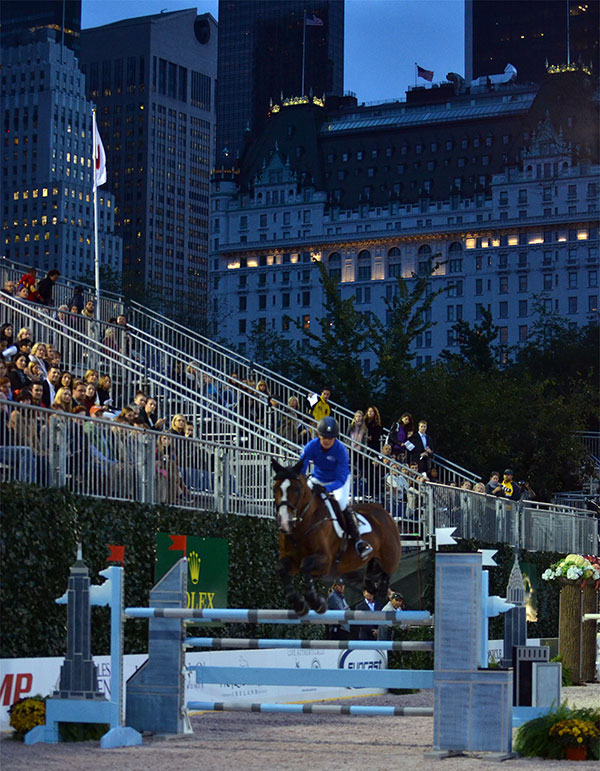 A rider jumps in front of the iconic Plaza Hotel. The city skyline was a dramatic backdrop to the excitement in the ring. 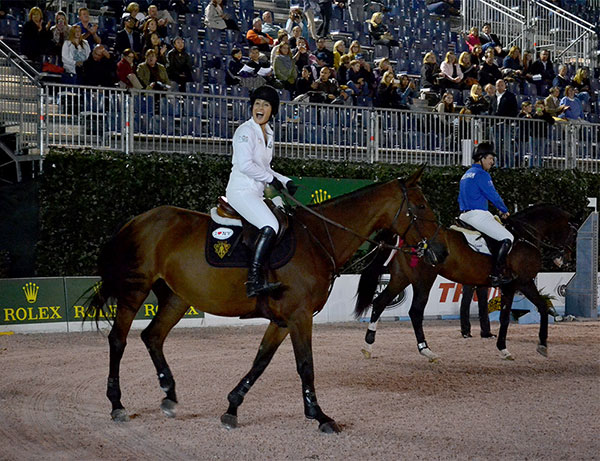 Jessica Springsteen celebrated her 2nd place finish in the Speed Challenge when she recognized a familiar face in the stands. 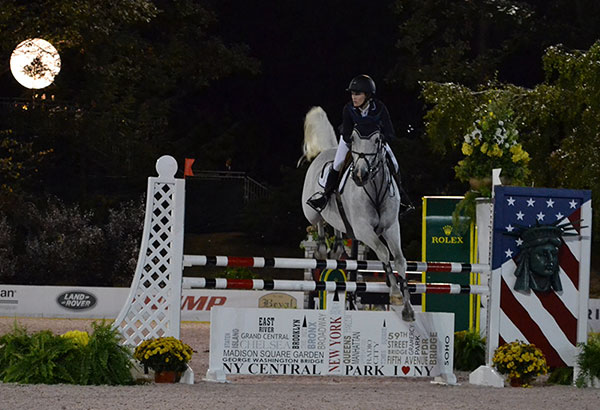 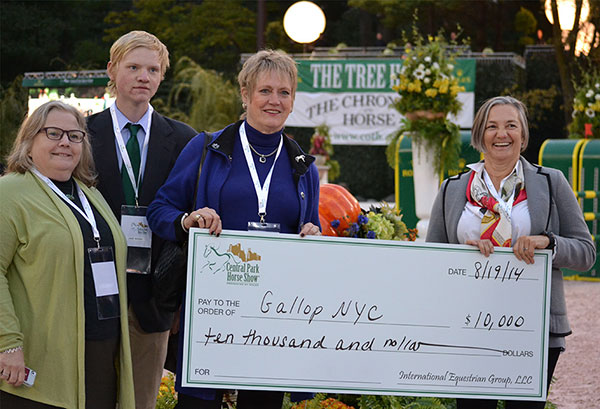 Alicia Kershaw (far right) of GallopNYC accepts a $10,000 donation from the organizers of the Central Park Horse Show. GallopNYC is a non-profit that offers therapeutic horsemanship programs to children and adults with disabilities.