Hay, Trail Riders! Greetings from the East Coast of Tennessee in the rugged Cherokee National Forest. We are located at the hub of four major riding destinations, towards the southern reach of the Appalachian Mountain Range–– clockwise, from the north, is the Mount Rogers National Recreation Area, which includes Grayson Highlands State Park, positioned just east of I-81 in Southern Virginia. From the east, backing up against the Cherokee National Forest is the Pisgah National Forest in North Carolina. From the south is the Great Smokey Mountains National Park, with campgrounds Cataloochee, Big Creek, Tow String, Cades Cove, and Harmon Den located along Interstate I-40. From the west is Big South Fork National River and Recreation Area on the Cumberland Plateau. We are in the center of all this riding in the Cherokee National Forest, which parallels Interstate 81 coursing southwest across the North American Continent. 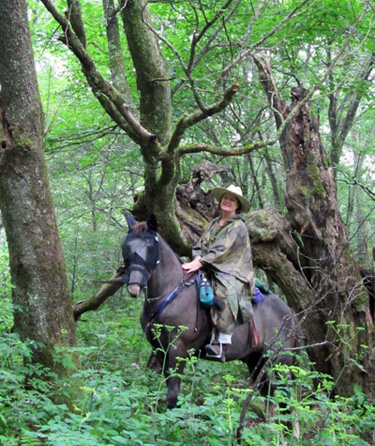 About the Cherokee National Forest 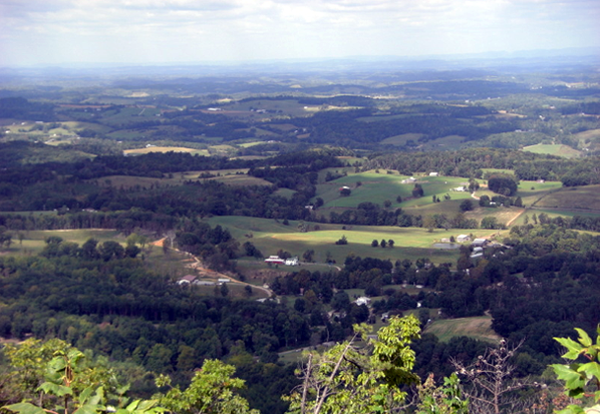 Hardwoods clothe the Cherokee, which in the 19th century, were ravaged by wholesale timbering and poor agricultural practices. Created on June 20, 1920, the Cherokee National Forest is managed by the US Forestry Service. In 1911, Congress passed the Weeks Act, which allowed the federal government to purchase private lands from willing sellers in the southeastern states. After the law was enacted the first land acquisitions were made for what eventually became the 655,598 acre Cherokee National Forest, named for the Cherokee Indians who made their ancestral homeland in these parts. 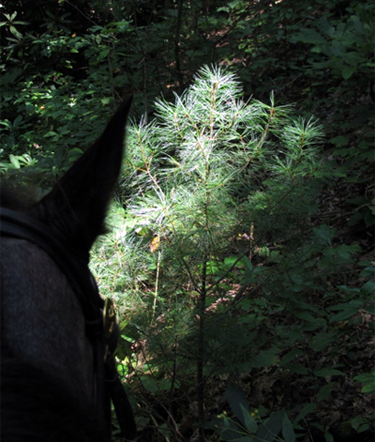 About 10 percent of the Cherokee is designated wilderness. There are eleven official wilderness areas in the Cherokee National Forest that are all part of the National Wilderness Preservation System. Among the northern districts’ wilderness areas are Sampson Mountain Wilderness, Big Laurel Branch Wilderness, Watauga Lake, and Unaka Wilderness, which borders the Unaka Mountain Scenic Area. Our discussion of this enormous forest will be focused on this northern portion in the Nolichucky/Unaka Ranger District. For additional trail riding information see Back Country Horsemen of East Tennessee.

Tips for Riding in the Cherokee National Forest

Most of the Cherokee National Forest trails are rugged and horseshoes are recommended. Find these trails on two of the most recent editions of the National Geographic Trails Illustrated Maps # 782 (French Broad and Nolichucky Rivers) and #783 (Cherokee and Pisgah National Forests). Information here is based on the 2004 revision of the 2000 maps and can be purchased at the following locations:


About the Author: Dianne Noyes, is a member of the Back Country Horsemen of East Tennessee. She is centrally located in the Cherokee in Greeneville, Tennessee with her dog Taylor, her cat Smokey, and her Tennessee Walking Horse Lance. When they are home, they spend a lot of time riding the trails of the Cherokee locating blow downs and washouts to the trails. These are reported for repair. Her second home is the 32-foot living quarters of her horse trailer. When not trail riding locally, she travels extensively with her little family throughout the United States and enjoys wilderness trail riding. Recently, Dianne spent the summer in the Allegany Mountains of northern Pennsylvania trail riding, camping and enjoying the country. She recently returned from a fall trip to Eminence, Missouri to ride in the Ozark Mountains. Her next planned excursion is to South Fork, Tennessee for the Thanksgiving horse vacation. The central location of the Cherokee National Forest makes riding close and yonder, easy!