Fun trivia related to the history of windmills in Texas, which you'll spot dotting big ranches and remote landscapes if you go horseback riding in Texas.

If you horseback ride in Texas, you'll likely see windmills dotting the landscapes. According to the Texas State Historical Association, "Before the introduction of windmills to Texas, inhabitable land was confined to areas where a constant water supply was available. There was no way for vast areas to be settled without a life-giving supply of water." When the introduction of windmills, people were able to spread out, accessing ground water in more remote areas. 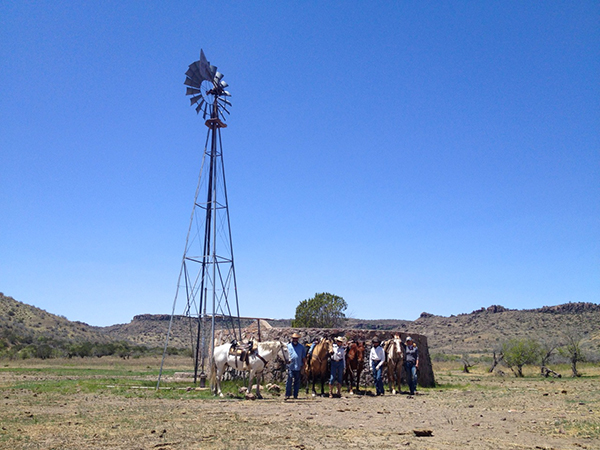 Hanging out by a windmill in the Davis Mountains of far West Texas with Texas Horseback Adventures.

These windmills not only prompted settlers to spread out, they also provided water for steam engines, helping railroads and also bringing water to small towns, big ranches and tiny farms. By 1900, windmills were a common sight on the Texas terrain. 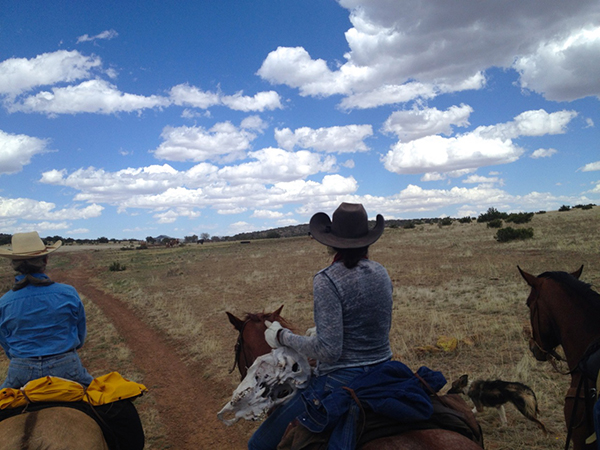 Riding in the open range in Texas with Texas Horseback Adventures,

These windmills also created more jobs for drillers and also the "windmillers," who were constantly repairing and maintaining windmills, a hard and sometimes dangerous job. Some large ranches even kept these windmill experts on staff. These windmillers had to grease the gears, climbing a sometimes rickety tower and stablizing themself on a platform the size of a card table. It wasn't a job for men that didn't like heights!

Today, there are still some windmillers who have learned their craft from the generations before them, passing down the family profession. 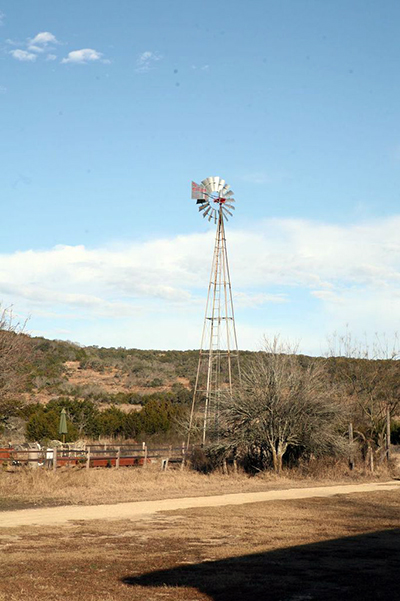 A windmill I spotted on a ranch in Texas Hill Country.

So next time you're riding in Texas and you come across a windmill, perhaps it will have a greater significance in shaping the history of settlement and the development of ranches in the vast state. I know it will for me!

Another fun fact that I didn't know or just didn't think about is that there are lighthouses in Texas! Pretty neat. Many of them were built between the early 1800's and 1939. 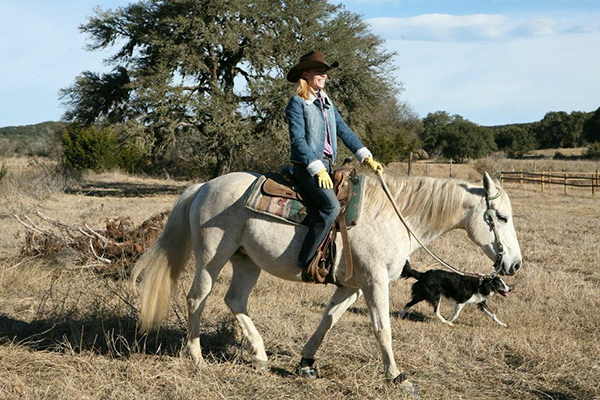 Me riding in Texas HIll Country, checking out those windmills!

Learn how you can ride in Texas with Texas Horseback Adventures and check out more great places to ride in the Equitrekking Vacation Guide and discounts to get you there on Equitrekking Travel Deals.