An active equestrian who frequents horse and mule trails in San Diego County shares great equine trails along the Southern Tip of the Pacific Crest Trail for the Equitrekking 50 State Trail Riding Project. 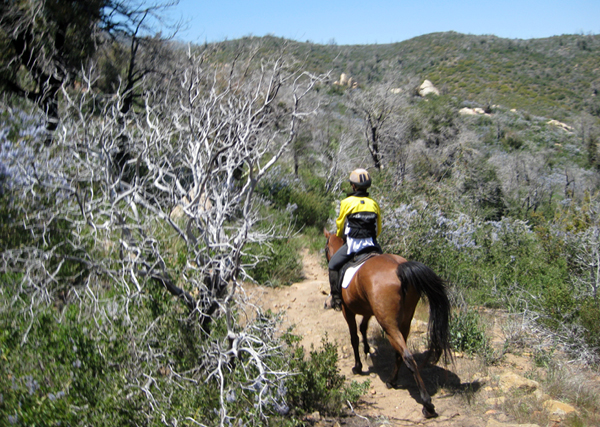 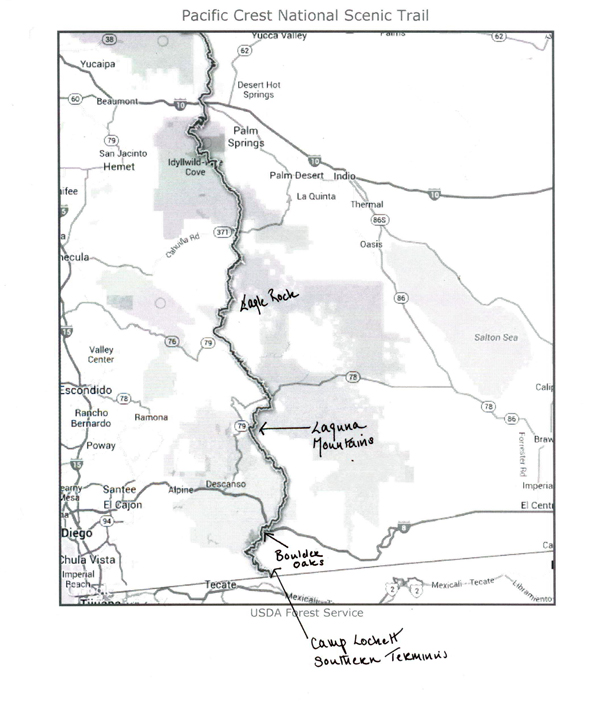 The Southern Terminus of the Pacific Crest Trail is located at the Mexican border in Southern California. The staging area is reached from Forrest Gate Road, a mile or so off Highway 94, just past Castle Rock Ranch. Close by is Camp Lockett which was a US Army military base with historical connections to the Buffalo Soldiers due to the 10th and 28th Cavalry Regiments having been garrisoned there during World War I.

The Pacific Crest Trail is well marked. From the Southern Terminus, the terrain is varied from sandy desert to hilly rocky trails. You cross a bridge over a stream and the railroad line–– all in the first five miles. There are spectacular desert views. 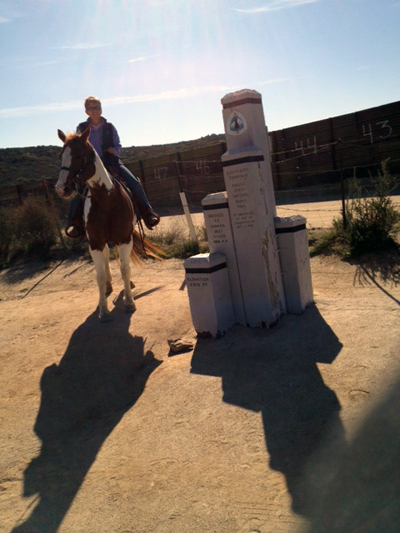 About 25 miles along the Pacific Crest Trail, there are horse camping facilities at Boulder Oaks, which is located in the Cleveland National Forest. The staging area is located on Old Highway 80. Take the Buckman Springs exit from Interstate 8 East and turn left (south) onto Old Highway 80. Boulder Oaks Campground is a mile or so down Old Highway 80 on the right (west) side. The campsite is closed in March-May for the Arroyo Toad breeding season. For more information on the campsite, visit the Boulder Oaks Trailhead website.

The Pacific Crest Trail from Boulder Oaks varies from easy to moderate to the south to steep and narrow in the north. You pass through chaparral, scrub oaks and pines. 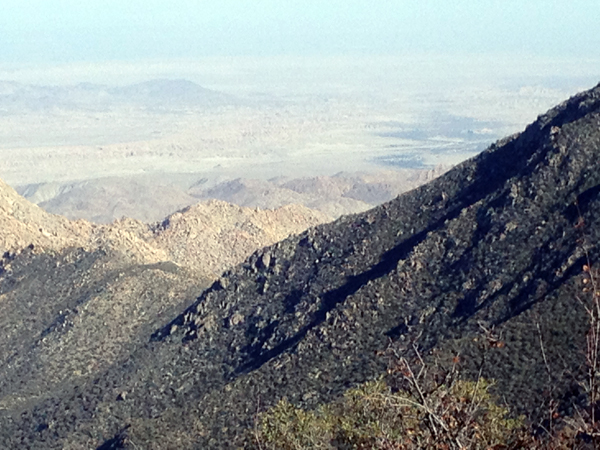 Eagle Rock Trail at Warner Springs is another gem about 100 miles along the Pacific Crest Trail. The equestrian staging area is on S22, approximately 2 miles west of S2 off Highway 79. This is a moderate, well-maintained trail through oak woodlands, sycamore groves, along a creak and into open meadows. The highlight of the trail is Eagle Rock, which truly resembles a giant eagle with outspread wings. There are spectacular views of Lake Henshaw along the way. 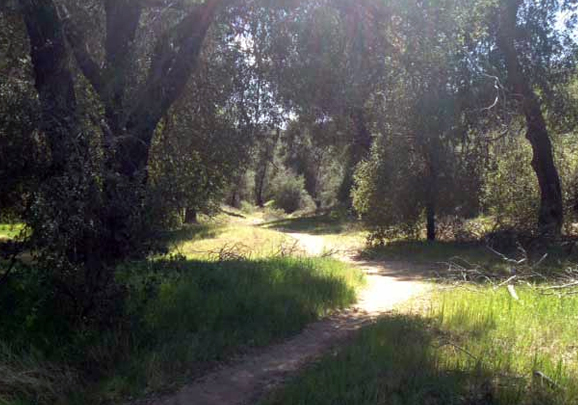 About the author: Clare Maudsley was born in Oxford, England and now lives in San Diego, California. She is very active in trails issues in San Diego County and is a past President of Jamul Trails Council. Clare has created the website, www.sdhorsetrails.com, to provide information to equestrians about horse and mule trails in San Diego County. She has compiled information on some of her favorite trails, most of which she rode on her horse, Gizmo.