Learn about the Holsteiner horse breed, which originated over 700 years ago in northern Germany, in Equitrekking's guide to horses around the world. 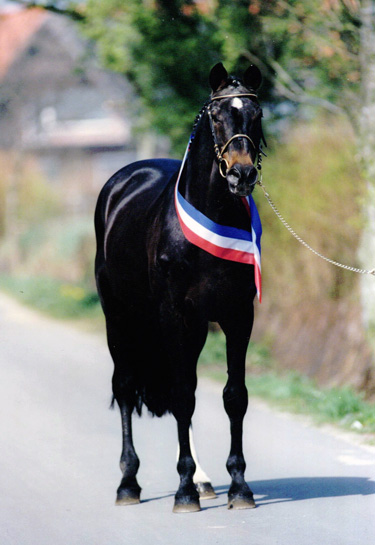 "Stallion of the Century" Cor de la Bryere at his 30th birthday.

Equitrekking: Where did the Holsteiner horse originate?

Anke Magnussen: The Holsteiner horse originated 750 years ago in a region in northern Germany known as Schleswig Holstein.

Equitrekking: What makes the Holsteiner unique as a horse breed?

Anke Magnussen: With 5,500 registered broodmares, the Holsteiner breed is the fifth largest breed in Germany. Although Holsteiners make up only 6% of the European warmblood population, there are enormous numbers of Holsteiner horses succeeding in worldwide competition, and the Holsteiners dominate the sport of International Show Jumping.

The Holsteiner breeders are proud of their accomplishment, the Holsteiner Studbook, ranked number one for jumping according to the World Breeding Federation for Sport Horses. 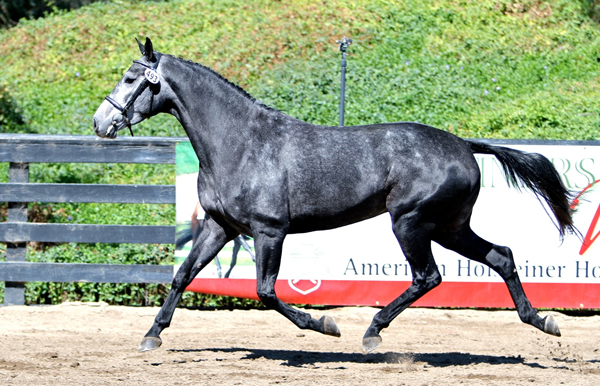 The well known dressage stallion Totilas has two Holsteiners-- Amor and Farn in his dam pedigree.

Equitrekking: What are the general conformation characteristics of the Holsteiner?

Anke Magnussen: The Holsteiner is known for good feet and a powerful hind end. 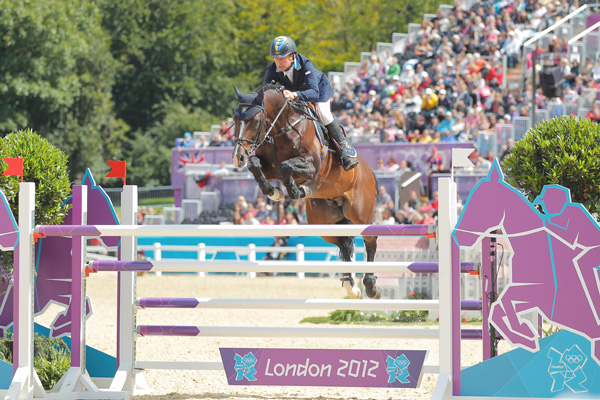 Equitrekking: How has the Holsteiner been used throughout history?

Anke Magnussen: In the decades since the tractor and automobile replaced the horse in pulling the plow and carriage, a new future emerged for the Holsteiner Horse–– to become the ideal horse for both pleasure riding and competition. As the Holsteiner became more prevalent in equestrian sport, the body type evolved from the heavy bodies to a lighter more refined sport horse model.

During the 1950s and 60s a select group of Thoroughbred stallions were brought to Holstein from England and France. Some of these achieved enormous success crossing with Holsteiner mares. The most successful of these were, Cottage Son, Ramses, Ladykiller, Marlon, Sacramento Song and the "Stallion of the Century", Cor de la Bryère. Cor de la Bryere was imported from France in 1971. He produced 85 approved stallion and 570 registered mares. We will find Corde in 80% of Holsteiner pedigree.

Ladykiller was imported from England in 1965 as a four-year-old stallion. He produced 35 approved stallions. One of them is the Legendary stallion Landgraf.

One of the reasons behind the success of the Holsteiner breed in equestrian sport has been the purity and high quality of the mares. The Holsteiner mare books do not accept other warmblood mares for registration.

During the first mare inspections and registrations in Holstein in 1885, each mare was assigned a stamm number to record the ancestry of the mares and these numbers are passed on from mares through their daughters, from one generation to the next.

The mares are also evaluated, judged on conformation and movement, before being entered in the mare books. 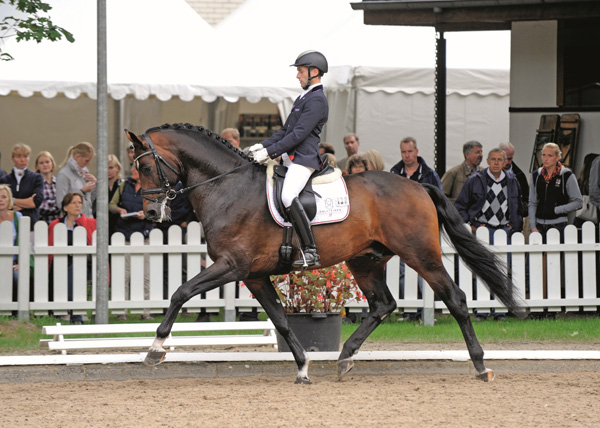 The Holsteiner Verband in Germany and the American Holsteiner Horse Association, (AHHA), are in charge of all aspects of breeding, registration and grading of foals, mares and stallions. The approvals of breeding stock is a tightly controlled process. In order to produce registered offspring a stallion must first be inspected for quality before receiving a breeding permit.

Equitrekking: What kind of temperament is the Holsteiner best known?

Anke Magnussen: His willingness to perform at the highest level.

Equitrekking: What style of rider best fits the Holsteiner?

Anke Magnussen: The Holsteiner is known for a good temperament, rideability and willingness to work. There make great amateur horses and horses for the international rider.  Holsteiner horses are very intelligent and loving. They can become your best friend and partner.

Equitrekking: Has the Holsteiner evolved over time? If so, how?

Anke Magnussen: In the past 30 years there has been a change in conformation and size. The modern Holsteiner horse is a more refined and sensitive horse that fits into our modern sport.

In the 1950s, Meteor, was the most successful show jumper in the world. With his rider Fritz Tiedemann he won the bronze medal at the 1952 Olympics in Helsinki, the gold medal at the 1956 Olympic in Stockholm, and the gold medal at the 1960 Olympics in Rome. In 1958 he became European Champion. Throughout his career he won 150 times, including the Grand Prix at Madison Square Garden. When he arrived in New York at Madison Square Garden, we feel that the excitement and applause of the people were similar when the Beatles arrived!

In the 1970s Granat, was a successful dressage horse. With his rider Christine Stückelberger, he won the gold medal at the 1976 Olympics, win the European Championships, and the world championships.