Happy Birthday to the Gila Wilderness- a Horse Lover’s Paradise 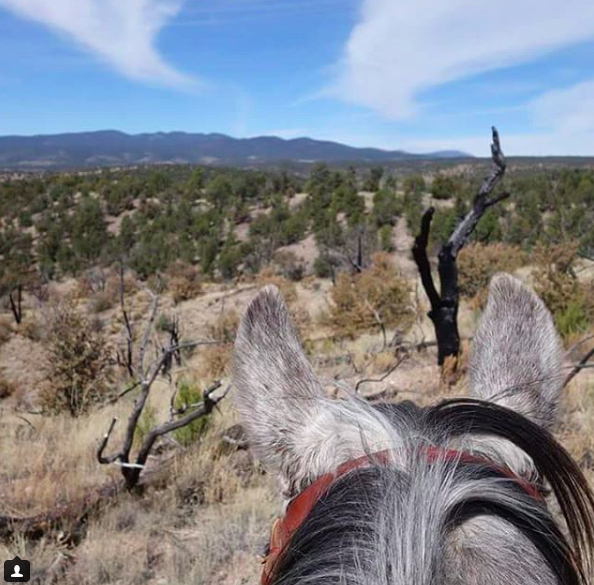 So what is the Gila Wilderness? It is the largest designated wilderness area in New Mexico. It is located in southwestern New Mexico, north of Silver City and east of Reserve. More than half a million acres in size, it covers both Catron and Grant counties. The West, Middle and much of the East Fork of the Gila River are within its boundaries. They are the longest free-flowing rivers in New Mexico. 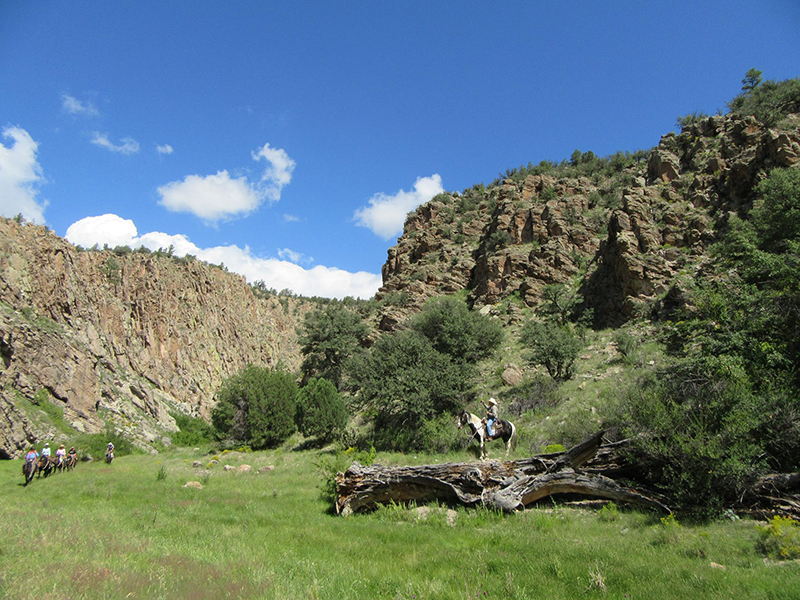 What makes U.S. Wilderness Areas unique is that they do not allow motorized or mechanized vehicles. This even includes bicycles. Roads, buildings, logging, mining, etc. are not permitted. Only foot and horse traffic is allowed. However, the Gila Wilderness is not completely untouched. The Mimbres people lived in this area 1,000 years ago, leaving behind cliff dwellings, pottery, and other evidence of their culture. 500 years ago, the Chiricahua band of Apache came into the Gila and dominated through the late 19th century. Geronimo himself considered his birthplace to be at the headwaters of the Gila River. Less than 50 years after the Apaches were gone from the forest, the National Forest System designated the Gila Wilderness the first wilderness area. 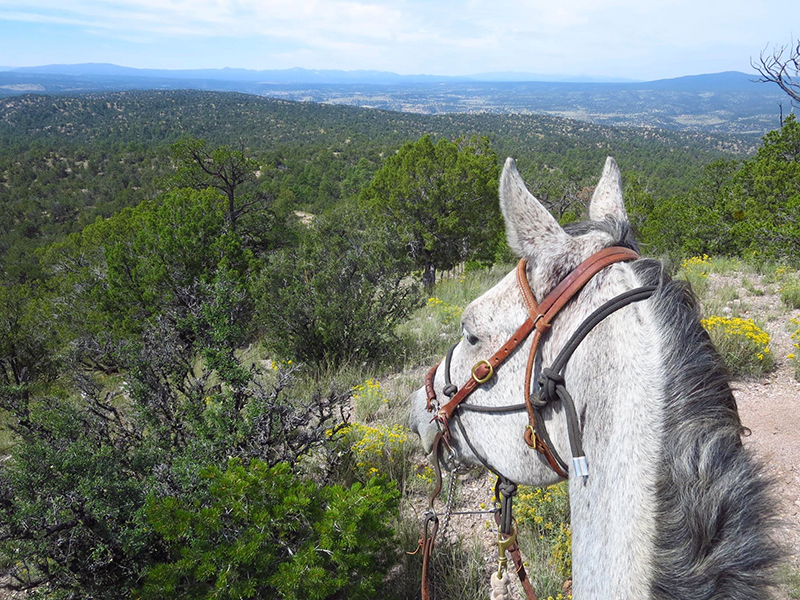 Aldo Leopold is considered the father of the United States’ wilderness system. He was a renowned conservation pioneer. His vision was to set aside large tracts of undeveloped land. He wanted to give people an opportunity to escape. As is still true today, the urbanization of America constricts people to landscapes filled with cars, buildings, and other trappings of civilization.

In his classic text, A Sand County Almanac, you can read more about Aldo Leopold.

“Wilderness is the one kind of playground which mankind cannot build to order…. I contrived to get the Gila headwaters withdrawn as a wilderness area, to be kept as pack country, free from additional roads, ‘forever.’” Draft foreword, Companion to A Sand County Almanac.

After the Gila Wilderness became the first federally recognized Wilderness area in the country, it served as a model for future wilderness preservation. Leopold worked for the newly formed Forest Service whose management policies of its vast natural resources was for the betterment of humanity. However, after spending time out in the wild, Leopold’s opinions changed. He began to believe that the best management policy for natural resources would be to simply leave them alone. Leopold had spent time in southwestern New Mexico and felt the Gila was the best choice for wilderness preservation. Not only had the Apache’s kept settlers out for hundreds of years, but the topography of the region had also prevented development. In honor of his contributions, a quarter million acres next to the Gila Wilderness was set aside as the Aldo Leopold Wilderness.

Celebrate the Gila Wilderness by saddling up with Geronimo Trail Guest Ranch. Visit the ranch's website and learn more about this New Mexico guest ranch in the Equitrekking Vacation Guide and Top20Ranches.com.