Beautiful and magical! Is the Gypsy Vanner the horse of your dreams?

Can you recognize the distinctive Gypsy Vanner horse? You may have seen these beautiful horses in a variety of equestrian pursuits, including driving, English and western riding, jumping, dressage, pleasure and trail. 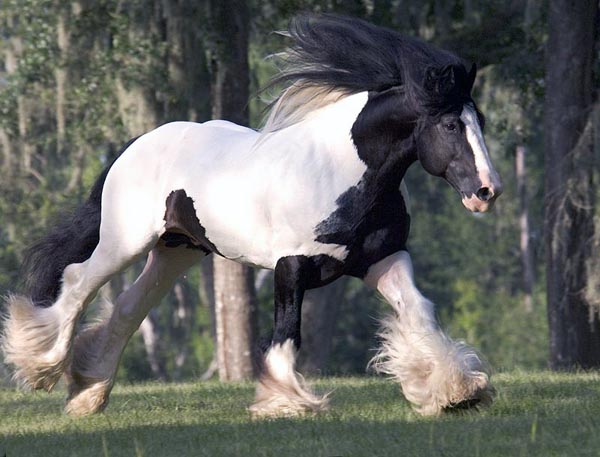 "The Gypsy King," one of the first Gypsy Vanner stallions to come to America / Photo courtesy of Mark Barrett


Equitrekking: What was the original goal of Gypsy Vanner as a breed?

Dennis Thompson: Soon after World War II, a vision was born by the Gypsies of Great Britain to create the perfect caravan horse, “a small Shire, with more feather, more color and a sweeter head." 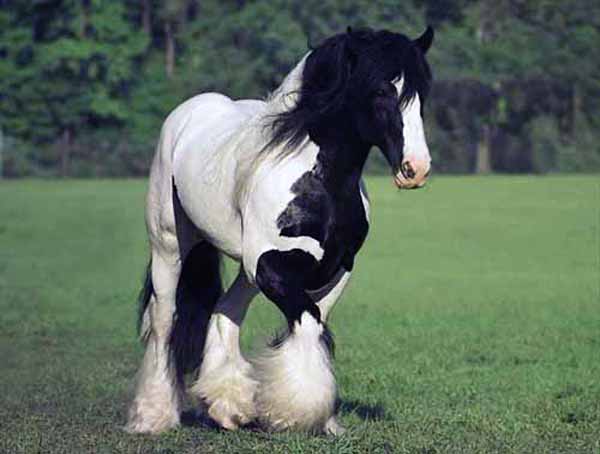 "The Gypsy King," a Breyer Horse and Vogue model for the Gypsy Vanner breed / Photo courtesy of Mark Barrett

Equitrekking: How and where did you discover the Gypsy Vanner?

Dennis Thompson: Selective breeding continued virtually unknown to the outside world for over half a century until two Americans, Cindy and I were traveling through the English countryside and noticed a magical looking horse standing in a field.

Cindy Thompson with "Custi Bok," on the day of his discovery / Photo courtesy Dennis Thompson

It was that very horse that became the key to unlocking the heretofore-unknown vision and genetics that created the Gypsy Vanner breed. Be it good fortune, good luck or pure Gypsy magic, a passion was born in us to understand the little stallion that captured our attention and stole our hearts. It would take years to learn about this special horse and the colorful culture that had created it. 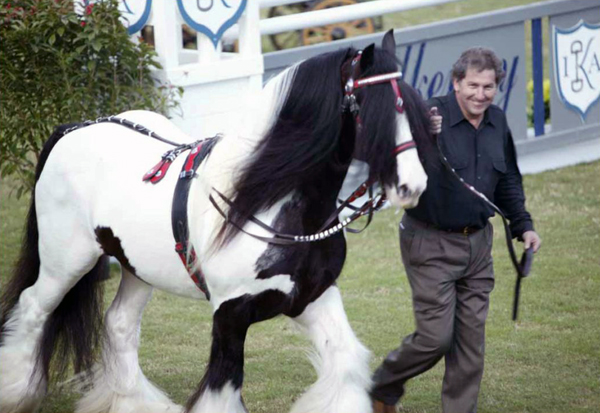 "The Gypsy King" and Dennis Thompson

Invited by the stallion’s owner, we became the first American’s ever to attend the oldest Gypsy horse fair in the world (Appleby) with the sole purpose of developing a better understanding of Gypsies and their horses.

For ten days we introduced ourselves to every Gypsy who bought or sold a quality looking horse and then documented the contact information for a later pursuit. The discovery of one special little stallion and ten days of open-eyed wonder turned a passion to understand Gypsies and their horses into an obsession that would last the next four calendar years.

With the approval of Gypsies, we named the unknown, unnamed breed the Gypsy Vanner Horse. Vanner in the English Chambers Dictionary meant, "A horse suitable to pull a caravan," until 1996 when it was removed from lack of use. the same year we imported the Vanner breed. 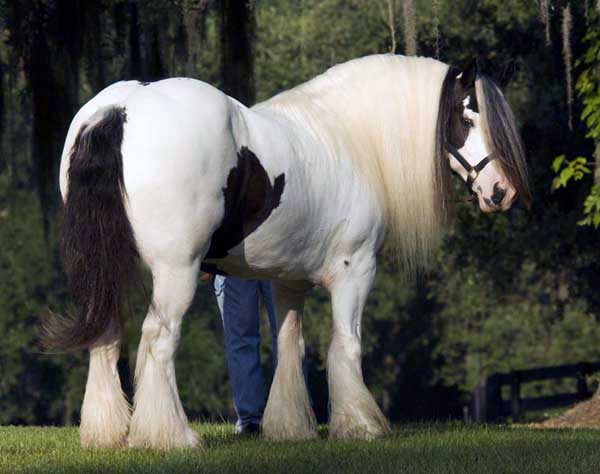 Returning from our fateful trip, Cindy and I sat on a plane contemplating the absurd possibility that we may have just stumbled upon an unknown breed of horse in the last decade of the twentieth century. As wildly improbable as it seemed, research brought us closer and closer to the reality that this was in fact one of the most magnificent breeds of horse the world has ever seen, but not recognized, named or understood outside the world of Gypsies. I cannot explain or express deeply enough the sense of responsibility that realization brought with it.

Our pursuit  to learn more about the Gypsy Vanner resulted in:

Dennis Thompson: The Gypsy Vanner Horse is often compared to a companion animal because they want to please and be with people so much. This unusually affectionate behavior is most surprising to visitors to our farm who have had horses all their lives! We believe that the Vanners' innate kindness is attributed to two factors –– feather and environment. I call them a Golden Retriever with hooves.

Equitrekking: What are the origins of the Gypsy Vanner Horse Society (GVHS)?

Dennis Thompson: Founded November 24, 1996 the GVHS is the world’s first registry to recognize a breed of horse developed by the Gypsies of Great Britain/Ireland and the only such registry founded on an in depth study of British/Irish Gypsies and their horses.

All breeds result from a crossing of breeds by someone or some culture focused on creating a specific looking horse born from their dream image – their vision. Once the horse is achieved and recognized, the basic function of a breed society is to protect, educate, perpetuate and promote the breed. With the Gypsy Vanner's magic and colorful heritage, the opportunity is even greater.

Equitrekking: What is the mission of Gypsy Vanner Horse Society?

Dennis Thompson: To bring honor recognition and a better understanding to one of the worlds most colorful, least understood societies and the horses they so dearly love by respecting the spoken words of Gypsies who have dedicated lifetimes in the pursuit of a dream to create their perfect caravan horse, to remain quality based, culturally sensitive and socially responsible.

In addition we established four goals:

The mission and goals of the Gypsy Vanner Horse Society were inspired by a deep sense of responsibility and a sincere desire to establish the magical looking breed Gypsies envisioned and created without changing a thing. 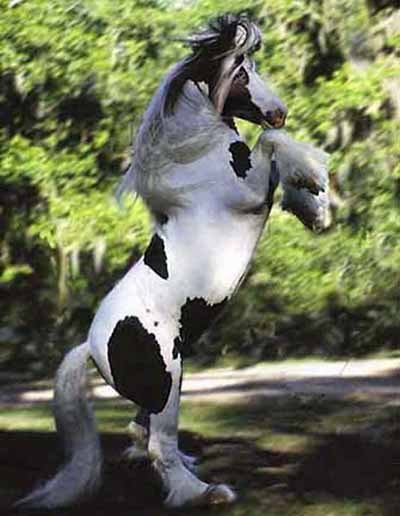 
To learn more about the Gypsy Vanner horses visit: www.Vanners.org or www.GypsyGold.com