Tour Georgia's Cumberland Island with a naturalist and meet the island's "wild" horses.

Roughly the size of Manhattan, Cumberland is a small island off the southern Georgia coast that boasts 17.5 miles of pristine beaches and wild horses.

It is no more developed today that it was in the early 20th century, as large landowners and now the National Park Service have tightly regulated development on the island for over a century.

I was there to tour Georgia's Cumberland Island with naturalist Fred Whitehead, who has an intimate knowledge of the island's wild horses and varied ecosystems. 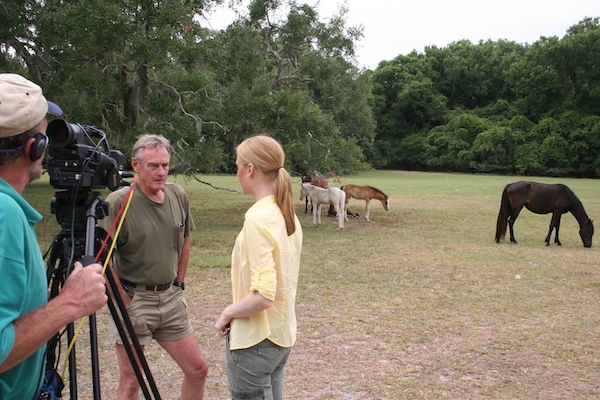 If you are traveling to Cumberland, make ferry reservations in advance, as the National Park Service limits the number of people going on and off of the island. You can either camp at sea camps or hike to backcountry camps, or stay at the historic Greyfield Inn. I chose the latter, as I knew that after a day of touring around and chasing after wild horses I would want a hot shower and a full meal. I also wanted to experience the inn's history.

Greyfield was built in 1900 as a wedding present for Lucy and Thomas Carnegie's daughter, Margaret. The inn is best described as gracious and peaceful. In true Southern tradition, Greyfield has a long, deep porch. There are rocking chairs and comfy porch swings with oversized pillows to rest on. Baskets of blankets are within arm's reach if the evening air brings a chill. 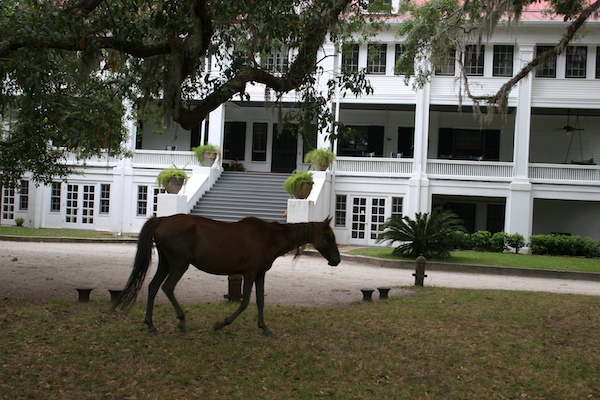 After settling in and meeting my gracious hosts, the Ferguson family, I sat out on the big porch in a rocking chair eating my lunch and observing a hummingbird feast at a birdfeeder no more than five feet away. My attention turned toward the expansive, live oak-shaded lawn after hearing the sound of hooves on the hard ground. A couple of horses had strolled out of the forest to graze on the grass. I had to remind myself that these horses are feral and wander freely all over the island.

I was ready to learn more about Cumberland's unique horse population, but first my host wanted to take me on a tour of Greyfield. He assured me that the horses would be around when we got back, so I reluctantly followed him around the house and grounds.

The inside of the inn is decorated with antiques and feels very comfortable--after all, you're staying with friends rather than at an inn. The inn is owned and operated by Carnegie descendants, and you are free to make yourself at home. Perhaps most interesting is their "Honest John" bar system. Anytime a guest wants a drink, they are free to fix themselves one, keeping a "chit" or tab. Though a simple gesture and pleasant accommodation, it invites guests to relax, open up, and make new friends.

But the Inn could wait. After all, I had horses to see!

I had heard that the gnats and ticks were abundant on the island. I wasn't too keen on that, so I bathed myself in Off before leaving Greyfield to take my nature tour. I was pleasantly surprised to learn that spring and autumn are the seasons for pesky insects; so instead, I had only to contend with the warm Georgia sun. 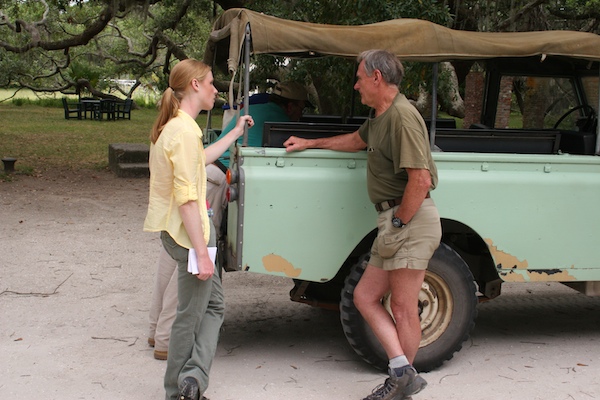 Fred Whitehead owns one of the few cars allowed on Cumberland Island. He pulled up in a well-worn 1970's Land Rover and greeted me with a friendly smile. Fred was dressed for safari and exploration in a jungle green T-shirt and British khaki shorts. His skin is tanned from years spent outdoors, and his eyes are sharp and inquisitive. There is a Teddy Rooseveltian quality about him. Fred is the real deal. There's no one who has as much experience or such an intimate knowledge of the flora and fauna of Cumberland. Better still, he's a kind, intelligent gentleman who dazzled me with knowledge of the horses and other wildlife we discovered.

Fred packed our crew into the Land Rover and off we went onto the dirt roads that snake through the subtropical forest. We were in search of horses, but first, Fred gave us a little background. 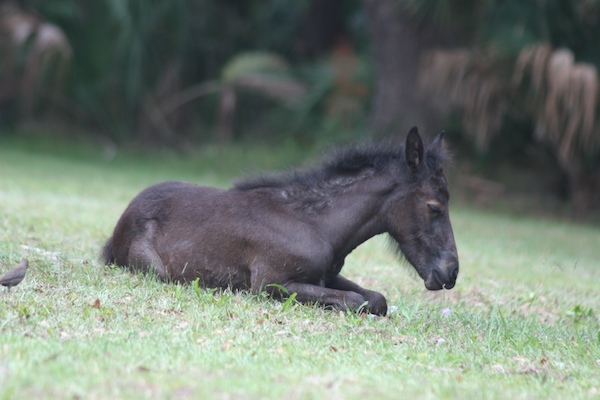 The horses on Cumberland are usually called "wild" horses, but like the Chincoteague Ponies, the Australian Brumbies and the Mustangs out west, Cumberland's are actually feral. This means that their ancestors were once domesticated and that these horses have been left to fend for themselves in the wild.

Fred explained how the Spanish first brought horses to Cumberland in the 1500s, only to abandon them shortly thereafter. Following the Spanish were plantation owners who tried to make a living from the land. They too left horses behind. This cycle of population and abandonment continued for a few hundred years until the mid 19th century saw an interest in Cumberland by newly wealthy Americans from the north. Over time the horses grew feral. 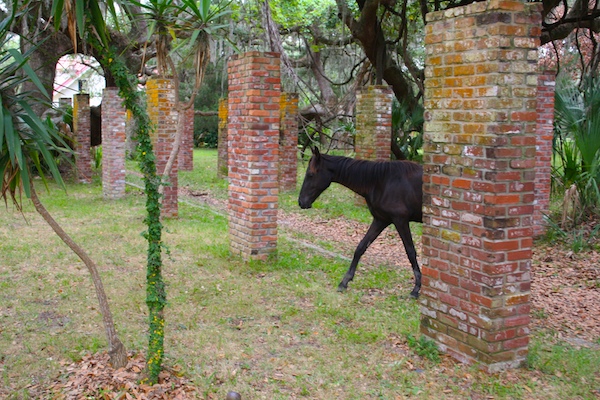 There would be no riding feral horses for us. I hoped we might, but Fred laughed. Apparently, even if we had a domesticated, well-trained horse, it wouldn't be safe to ride anywhere on Cumberland because of the other feral horses there. 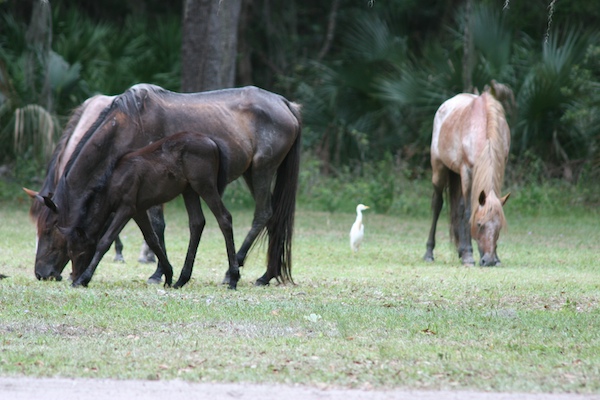 Fred told a story about someone on the island who wanted to start a carriage tour operation. Well, during the first tour out, the horse pulling the carriage was attacked by one of the feral stallions, which proceeded to attack the carriage horse all the way home. I can only imagine that scene!

Daylight was growing short, and Fred took us back to Greyfield to refresh and prepare for more adventures the next day. Little did I know that I would find a great many horses, including a pony just a few months old, and I even got a few photos of him!