Botswana Charter Flights and Tuli from Above

If you travel around in Botswana and plan on taking a safari, you’ll most likely be taking small plane at some point on your journey. Botswana is untamed wilderness and there aren’t a ton of roads to take you from one spot to the next, reminding me a bit of Alaska. Just remember, getting there can be part of the journey...

I had my first charter flight, or what they call light aircraft, experience in Botswana today en route to ride with Limpopo Valley Horse Safaris in the Tuli block of Botswana. Tuli is a small southeastern tip bordered by South Africa and Zimbabwe. There’s an abundance of wildlife in this area, as well as unusual rock formations and a nearby Botswana village with arts and culture for travelers to enjoy.

Traveling with a film crew means bringing a lot of equipment, something that is a challenge if you're traveling on a small plane. You have to keep to a minimum weight for your baggage when traveling on flights around Botswana (usually 44 lbs. (20 kg) packed in small, crushable duffel bags), and they take this seriously. 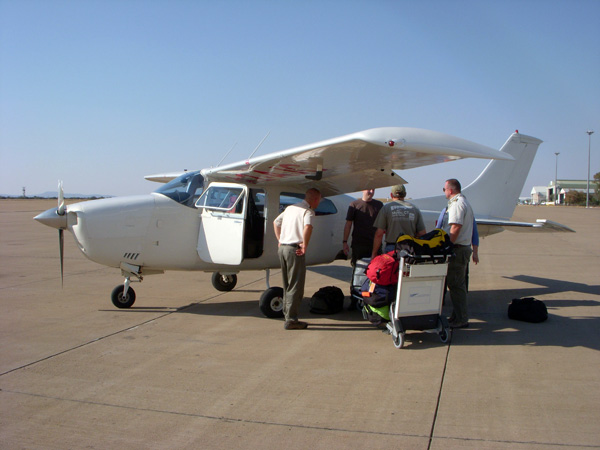 A highlight of the short flight there was getting to fly the plane for a few minutes. I really only lightly held the stick and just attempted to keep it steady, but I felt cool. No airplane stunts for me! 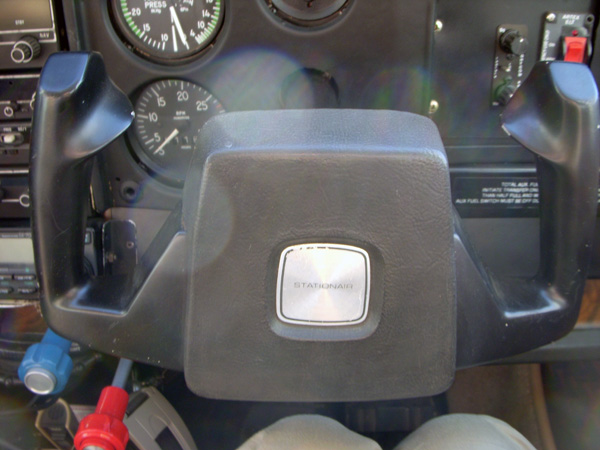 Another big plus was viewing giraffes and elephants from the sky. We were only flying around 2500 to 3000 feet for the less than two-hour flight, so we saw a lot. Our photographer, who was in a second plane, could film shots of us. Chip, who was shooting stills, could get good shots from our plane of the other plane. 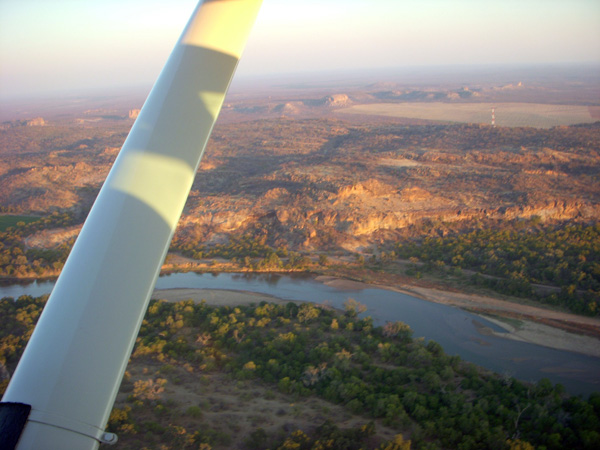 We flew from Gabarone, the capital of Botswana, to the Limpopo Valley Airfield in Tuli. Cor and Louise, the owners of Limpopo Valley Horse Safaris, picked us up at the airport with their mega cute kids. They told me that this small airport was voted one of the most romantic international airports in the world. I’m not sure by whom, but I can see why. It’s small with a thatched roof and sort of island feel. 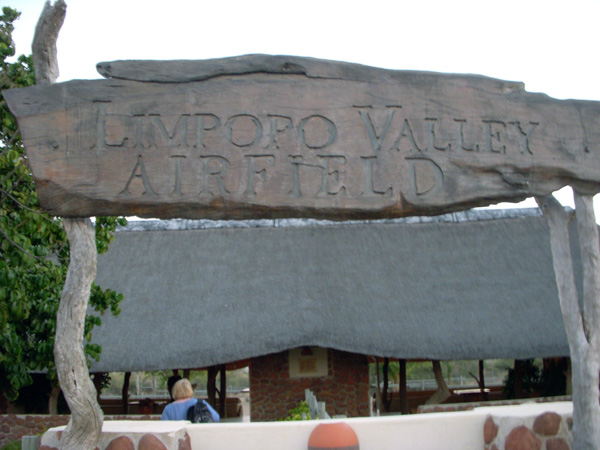 The sun was setting as we landed, and we all hopped in a roofless land cruiser and were off to see the safari camp. I felt like I was in “Jurassic Park” (no joke!) as we drove down the dirt road to the campsite. We passed a giraffe, coyly munching on tree tops not more than 20 feet away. We saw impala, elephants, including a really cute baby, a hyena, and many, many more animals. They seemed to be around every turn. 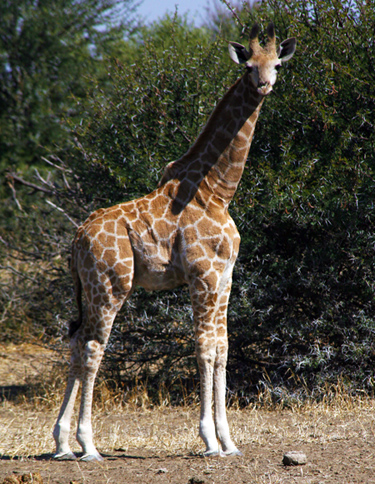 I was also surprised by the diversity of scents along the way I breathed in wild sage, the smell of animals and I don’t even know what else, but it was all very distinctive. 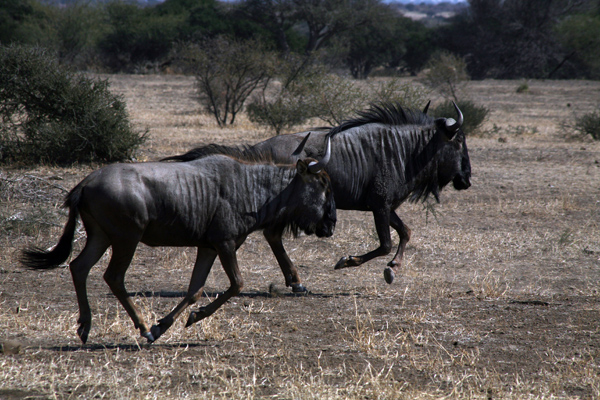 Limpopo Valley Safaris, who we are riding with in Tuli, specializes in horse riding safaris. I met up with the horses, who were happily eating dinner at one of the fly camps, a mobile camp that guests may ride to and stay in for the night, and headed over for my own dinner at a camp by the stables, where Cor and Louise live. 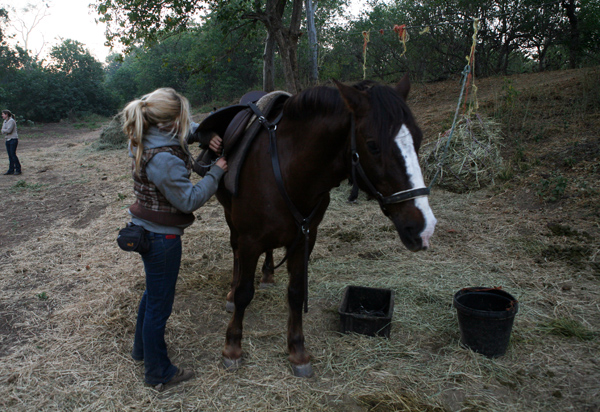 We’re sleeping in cots in comfy, large tents that you can walk into and around. There’s a full bathroom, actually three of them, and a traditional round, thatched roof, open-air structure for a dining area, where we had a great dinner right by the river under a sky full of stars.

I’m now writing in my tent, listening to a wide diversity of night sounds. There are a cacophony of animals calling – like an animal orchestra. Animals certainly rule here.

Before I snuggled into my tent, I did notice very large elephant dung outside my tent, so hope that I don’t awake to any big visitors. I’ve heard it’s happened before.