Learn about the history of Arabian horses in Israel and the diversity of horseback riding adventures today.

Israel is the Garden of Eden of trail riding. In a strip of 600 kilometers, there is a wide variety of riding terrain – from the snow-topped mountains in the North to the arid desert of the South.

The combination of breathtaking scenery with endless archeological and historical sites makes Israel the ultimate horseback riding vacation destination. And with its temperate climate, you can ride 365 days a year. 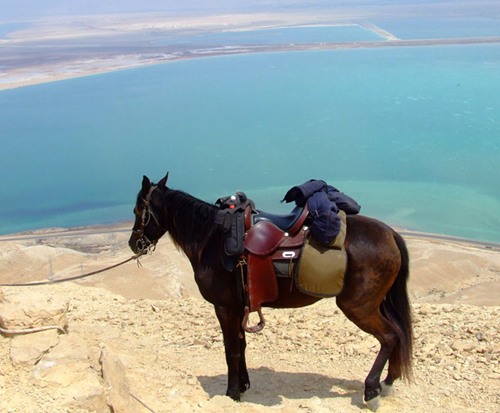 Taking in views of the Dead Sea in Israel. Photo from Sirin Riders.

The Galilee is the first and foremost place for trail riding. In the Galilee’s 200 square kilometers, you can find a wealth of scenery and important historical sites including the Sea of Galilee, the Jordan River, Mt. Tabor, the hills of Nazareth, the Carmel mountains, and Tel Megiddo among others.

The area surrounding Jerusalem also offers some interesting riding opportunities. The Judean desert and the Dead Sea, and the Negev desert deliver fantastic desert riding. Israel is a modern country and very tourist-friendly, making it a great equestrian vacation destination for riders and their families. To see firsthand where modern history began, you have to ride Israel. 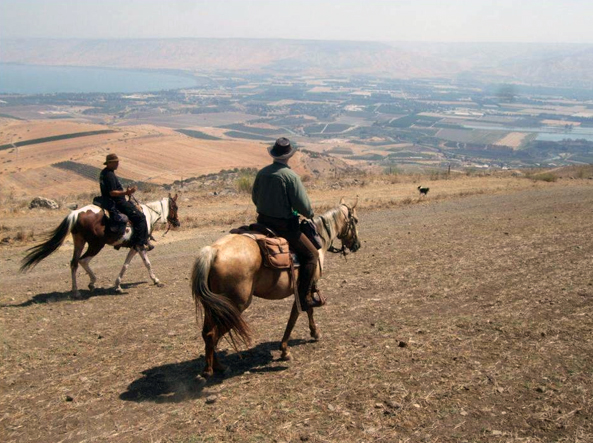 Diverse horseback riding options in Israel include the mountains in Galilee, trials to Jerusalem, the desert and majestic Masada.

Among the most prominent show horses from Israel are Lubnab who won the World Champion in 2005 and El Lahab who won in 2008.

Among the famous Israeli Egyptians are the “super stallions”: Laheeb, Al Maraam, and the promising colt Al Ayal. They were bred by Ariela Arabians, one of the world’s leading breeding programs for Straight Egyptians. 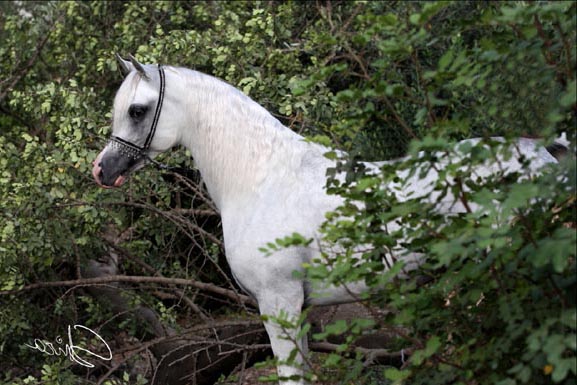 A History of Arabian Horses in Israel

During the Roman times, the Nabatean culture flourished in what is today the Negev desert and Jordan. The Nabateans who lived in the cities of Ovdat, Shivta and Mamsheet were famous throughout the Roman Empire as breeders of the world’s best race horses. They were the ones who bred the horses for the chariot races held in Rome and in other major cities of the Empire. In the movie Ben-Hur with Charlton Heston, the Nabatean breeders are mentioned.

In later periods, the area of modern-day Israel remained a center for Arabian horse breeding. In fact, horses played a key role in the ousting of the crusaders by the Muslim armies in the Middle Ages.

In 1187, in the battle between Salah-a-Din and the crusaders at Hattin, it was the horses which tipped the scales in Salah-a-Din’s favor. The heavy, European horses ridden by the crusaders were no match for the light, Arabian horses bred for hot climates. Salah-a-Din’s cavalry won this historical battle by baiting the crusader’s into chasing them into ambushes. This military strategy exhausted the crusader’s horses. The final, tragic act, which led to the battle at Karnei Hattin, was the result of the crusader’s desperate attempt to reach springs to give their horses water. The Muslim warriors blocked access to the water and, thirsty and tired, the crusaders on horseback saw their imminent defeat and surrendered.

Later, in the 18th and 19th century, a number of mares belonging to Bedouins from the Galilee were brought to Egypt by Mohammed Ali Basha. They are ancestors of some of the Egyptian Arabian horses of today. 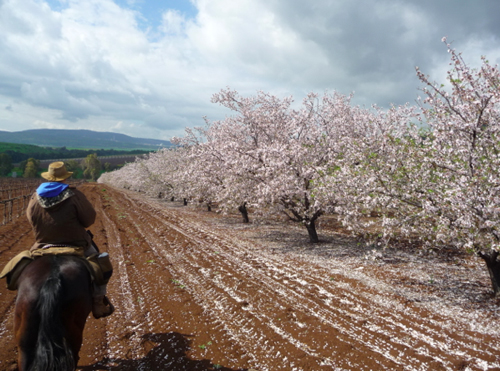 Horse Riding vacations provide a unique perspective on a destination, as you are riding with the locals. Photo from Sirin Riders.

Dressage and horse jumping competitions are held annually in Israel. In addition, the world of Western is quickly gaining popularity. Betting on horse racing is not yet permitted. It is expected that it will soon become legal and when this happens, horse racing will act as a catalyst for the breeding of thoroughbred horses and pure bred Arabian horses in Israel.
Despite the excellent endurance riding conditions, this sport is still undeveloped. There are about 25 serious endurance riders in Israel today. 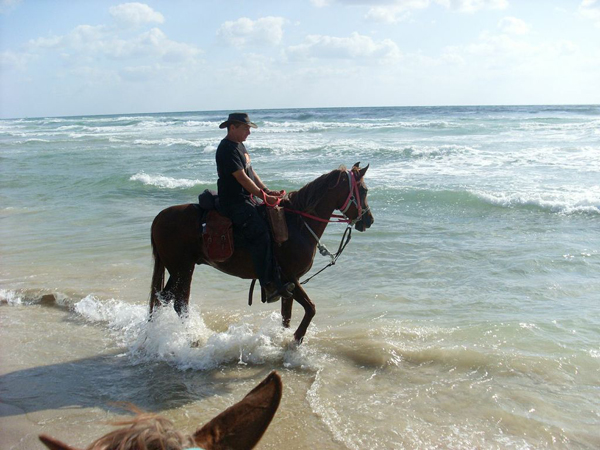 Horseback riding on the beaches of Israel with Sirin Riders.


About the author: Yair Sharet is the owner of Sirin Riders, a professional tour operator offering all-inclusive equestrian vacations in Israel, combining trail riding with the spectacular scenery, history and culture of the Holy Land. Yair owns and breeds Arabian horses and is an avid endurance rider.

Learn more about Israel horseback riding holidays with Sirin Riders in the Equitrekking Vacation Guide and at Sirin Riders' website.