Learn about horseback riding in accessible Ruth Arcand Park in Anchorage and how to ride beyond for the Equitrekking 50 State Trail Riding Project.

When I first moved to Anchorage in the early 80's I'd never realized that the trails available to equestrians were so close. I also thought I'd never be able to have a horse in Alaska. Fortunately, I was wrong on both counts. 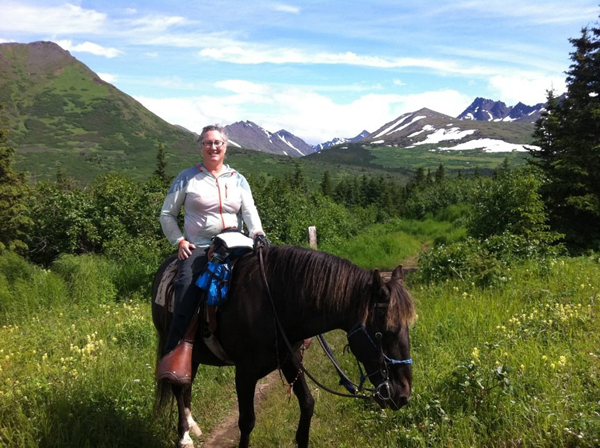 The writer on her horse Shadow in the Chugach State Park above Anchorage.

There are so many great trails for the equestrian to use in Alaska that rating them is almost impossible. I therefore decided I must write about one trail system that is very important to me, the Ruth Arcand Park.

This gem of a park brings to mind one word–– accessibility. Not far from the center of the Anchorage bowl, the park contains miles of horse-friendly, multi-use trails. In addition there is also an equestrian center with dressage, western, schooling, round pens and show arenas as well as stalls for overnight use. 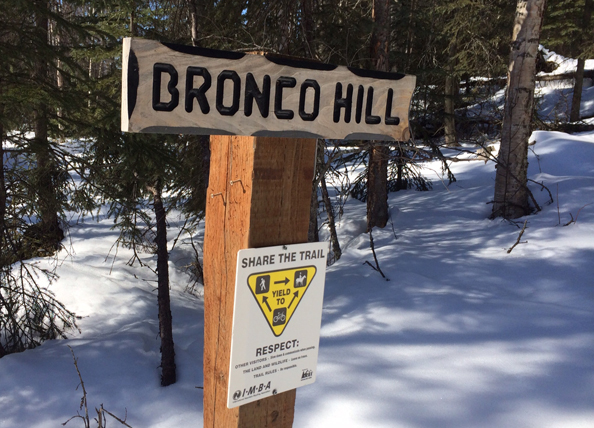 The trails meander around the William Clark Chamberlin Equestrian Center and have names like Half Pass, Fox Trot and Bronco Hill, which make the equestrian feel welcome even though they are also open to walkers, skiers and bicyclists. 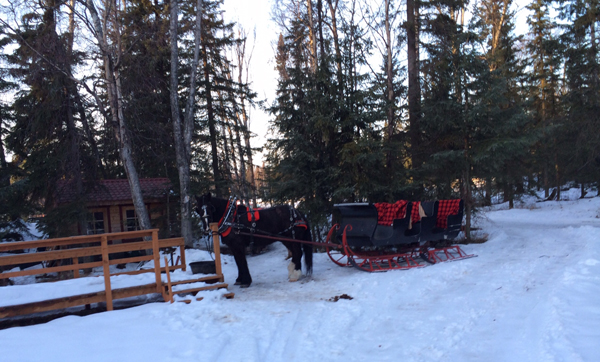 The largest trail encircling the park enables the rider to feel that they have left the city for a wilderness ride. The tree and mountainous views throughout the almost hour-long ride, contain very little evidence of human habitation. Often, wild animals are seen in the park. Moose are most common, black bears a bit less, and grizzlies, coyotes and even lynx are occasionally reported. It's quite amazing, really, considering this park is in a city with a population of around 290,000. 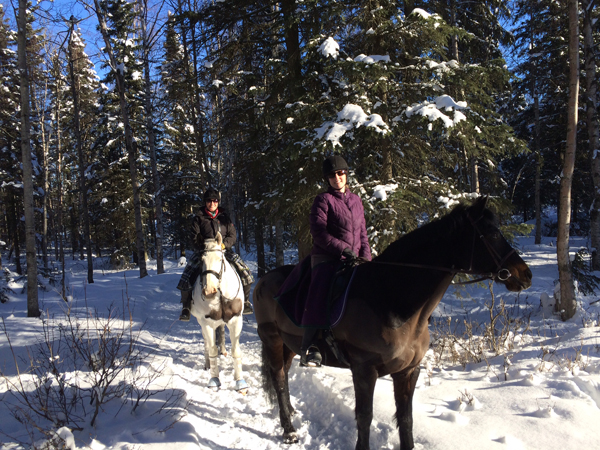 Should the trail rider wish for a longer ride, they can park their trailer at the center and ride the trails to a connecting path which leads a mile north to the BLM Campbell Tract and the Far North Bicentennial Park (seven miles from the center of the city). And, if that’s not far enough, riders can continue on east through those parks, climbing upward to where the Bicentennial Park trails meet the Chugach State Park trails. 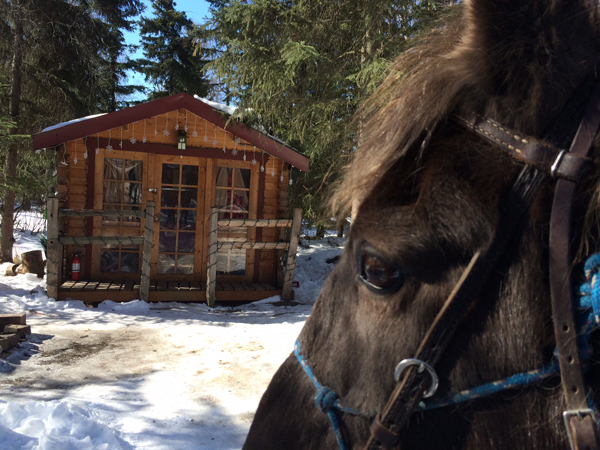 The Ruth Arcand Park trails are not just accessible to regular horse owners and leasers but also to the general public wishing to gain a little horse experience.

Visitors to the park can attend the yearly spring Equifest to watch riding and breed demonstrations and try a little riding. Or, in winter, they can take sleigh rides. 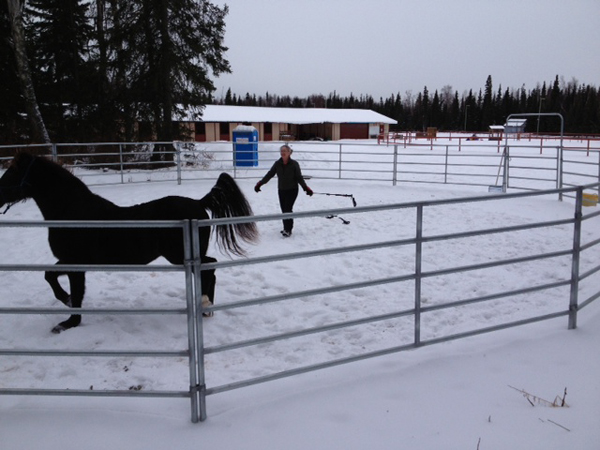 Equine therapy groups also operate at the center in the summertime to help those who seek a little mental or physical balance. The smaller trails loop conveniently close to the center, allowing the rider and attendants safe and comfortable walking and riding.

I really cannot say enough good things about this park and the trails it contains.