As we all get ready to celebrate New Year's Eve, a look back at the cocktail and its relation to horses. Yes, cocktails and horses! 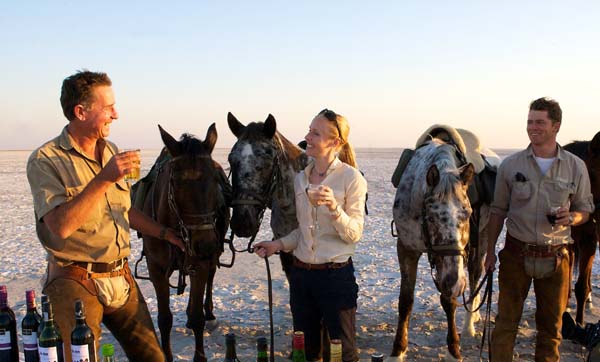 The word cocktail became popular to refer to drinks in the 19th century. According to several sources, including Oxford Dictionaries, the word cocktail had a secondary meaning related to our four legged friends prior to that.

"early 17th century: from cock1 + tail1. The original use was as an adjective describing a creature with a tail like that of a cock, specifically a horse with a docked tail; hence (because hunters and coach-horses were generally docked) a racehorse which was not a thoroughbred, having a cock-tailed horse in its pedigree (early 19th century)."

A 1769 article in the Dublin Mercury newspaper describes, “A pair of beautiful black cock-tailed geldings.” The term also came to mean "a man of little breeding who passes for a gentleman."

As you sip your drink to celebrate 2013, give a cheers to its horsey cocktailed origins and if you really want to put an equine mix on your cocktail, check out this recipe for the Horse's Neck Cocktail from a fun book called Let's Bring Back- The Cocktail Edition.

This drink was served originally in the 1890's without alcohol and consisted of simply the lemon peel, bitters and ginger ale. In the 1950's movie, "In A Lonely Place" starring Humphrey Bogart and Gloria Grahame, they share a Horse's Neck.

Go to 0:55 to see Gloria Grahame ask for a Horse's Neck cocktail in this clip from "In A Lonely Place."

Once the brandy was added in the early 1900's, folks called this drink a 'Horse's Neck with a Kick' and it became the Horse's Neck Cocktail. The cocktail version was popular with the Royal Navy in the 1960's. It replaced their Pink Gin Cocktail at cocktail parties and was often served in a jug alongside the popular Gin and Tonic with stewards asking "H-N or G&T, sir?"

2 Ounces of Brandy (to add a kick)

1 or 2 Dashes of Angostura Bitters

Place the peel in a highball glass; make sure the end hangs over the edge of the glass, so that it looks like a horse's neck. Fill it with ice. Add the brandy and bitters and fill the rest of the glass with ginger ale.


I tried this at home and found that the lemon peel cut into a spiral was not my strongest skill. Here's my pic. I liked the drink. It is sweet from the ginger ale, and I'd consider adding some fresh lemon juice to the drink, which I know would change the recipe, but think I'd personally like that better. All in all, it's a cool old fashioned cocktail with a good story. 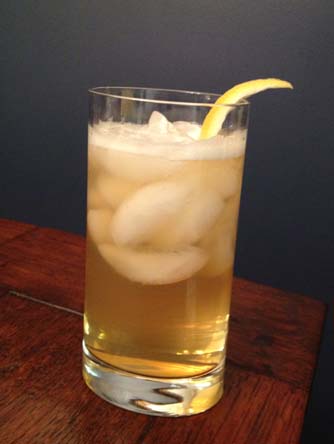 My version. Yes, I know. The lemon peel isn't quite right. I only had one lemon.


Drink your Horse's Neck cocktail from your favorite equestrian inspired glass or cup or at least with a horsey napkin! Happy New Year!