Rolling grasslands stretch as far as the eye can see. Longhorn cattle graze in flower-filled meadows, and rugged cowboys ride miles of trails. Though this may sound like the American West, it actually lies fewer than sixty miles outside Washington, D.C. Marriott Ranch, in the foothills of the Blue Ridge Mountains, is not your typical Virginia getaway, or your typical Marriott.

At Marriott Ranch, you really don’t feel like you are near a major metropolitan area. The ranch is steeped in history, with the Inn at Fairfield Farm, the B&B where you can stay at the ranch. 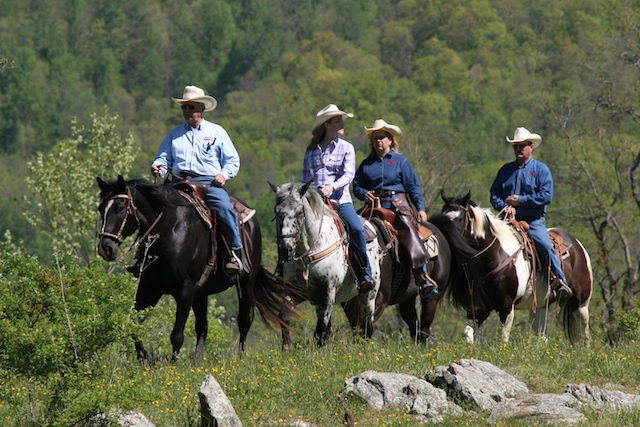 When I first arrived, Joe, who also leads jeep tours, led me to my room in the main inn. He told me that my room was reputed to be haunted by a ghost named Hester, whose picture happened to be above my bed. Just great, I thought, but I was just fine and well rested for my next day's ride.

I rode with Hubie and Kelly to Paradise Valley, where longhorn cattle dot the lush green hillside. It was surprising to come out of the woods and into this open area, even more surprising that there are these Longhorns, which are usually found in Texas, in Virginia. 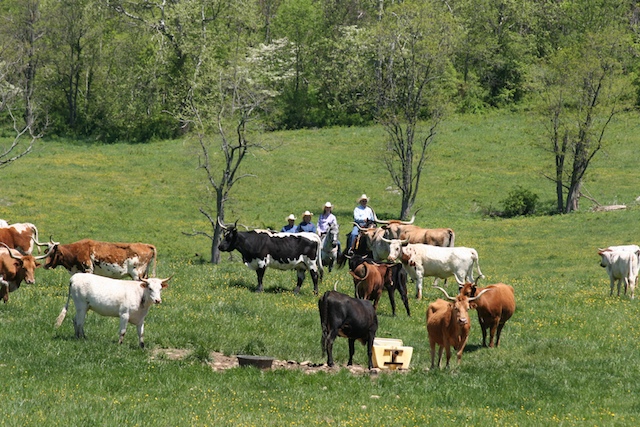 These lands reminded Marriott founder J. W. Marriott, Sr., of his native Utah, and he purchased the ranch as a private retreat in 1951. In later years, Roy Rogers and world leaders including presidents Eisenhower and Reagan visited the ranch to experience life on the range.

The ranch runs parallel to Skyline Drive, a scenic road that threads its way through Shenandoah National Park. During colonial times, this land was owned by Thomas, sixth Lord Fairfax, the Baron of Cameron, a member of the British aristocracy who inherited over five million acres in northern Virginia (many places throughout the region, including the city of Fairfax, bear his name). 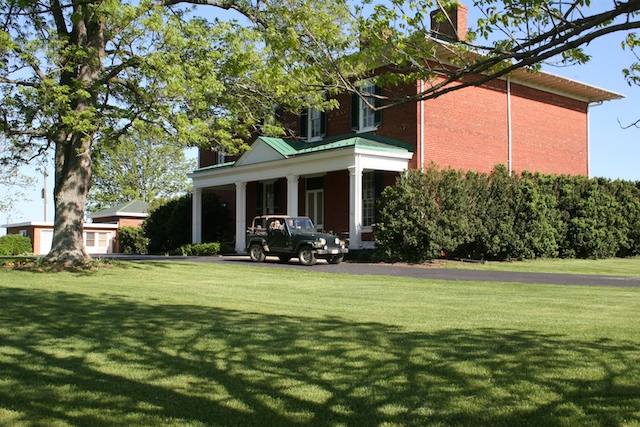 How you can go: Marriott Ranch offers a variety of short horse vacations, corporate events with horses and more, only an hours drive from Washington, DC. Learn more in the Equitrekking Vacation Guide and on the Marriot Ranch website.