Man and Horse Travel Across the United States

In March of 2013, Alex McNeil embarked on a cross-country journey from coast-to-coast, spanning twelve states, and covering close to 4,000 miles, all aboard his horse Pepper. Commencing in Brookings, Oregon on the southern Oregon coast and concluding at Hampton Beach in New Hampshire eight months later, McNeil faced joy and challenges along the way. The trip took the pair through small towns, desert, deep forests, mountains, and grasslands full of wildflowers.

Alex and Pepper in O'Brien, Oregon.

Adventurous McNeil enjoys long distance traveling, and has completed several cross-country trips in the United States and Canada in a variety of vehicles, including a moped, motorcycle, bicycle, and Cessna airplane. Surprisingly, McNeil had never been on a horse before the conception of a cross-country journey on horseback came to him.

Alex likens long distance travel to life. “You’re right up against challenges on a trip, which is what life is all about,” says McNeil. Originally planning to make land conservation awareness the main purpose of his trip, McNeil quickly realized how much time he needed to invest in caring for his horse and himself. “The trip just took over,” says McNeil, “it took so much time to travel the 20-25 miles a day while caring for the horse. 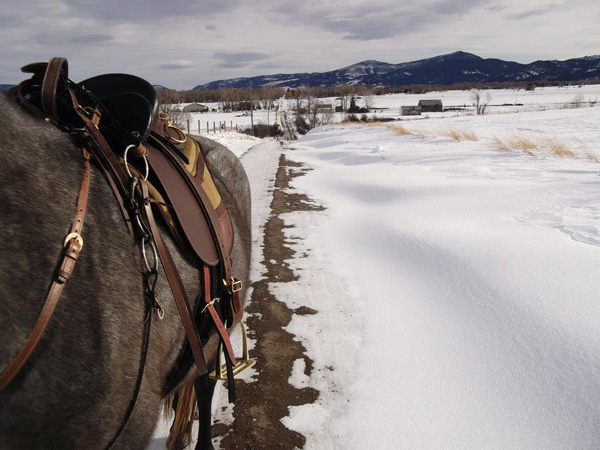 Alex and Pepper took a train from Bozeman, Montana to the starting point of their journey in Brookings, Oregon.

Pepper, a Tennessee Walker, is McNeil’s first horse and was green broke when he purchased her while living in Bozeman, Montana. Although green, Pepper was patient and level headed, a perfect mount for such an undertaking. “She’s a really good horse,” says McNeil of his travel companion. “She is so patient, and doesn’t freak out when she gets into a tight spot." 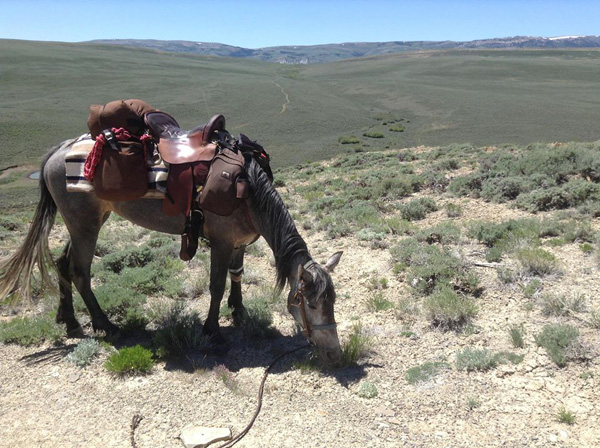 Pepper grazes at Rocky Gap on the Oregon Trail. The pair traveled 700 miles on the historic Oregon Trail and along old stagecoach routes, which made Alex feel like they had stepped back in time.

McNeil learned all that he could about horses, scouring over books, and talking to experienced horsemen and ranchers. Alex worked with the grey mare for three months before they set off on their expedition.

Before leaving from Oregon, McNeil photocopied and laminated 150 double-sided pages from Gazetteer Atlases, which are topographic maps and street maps tied together. McNeil found this helpful because he could see road names and use the contour lines for finding his way over mountain ranges, streams, ponds, and lakes. McNeil also relied on GPS to help guide their journey. 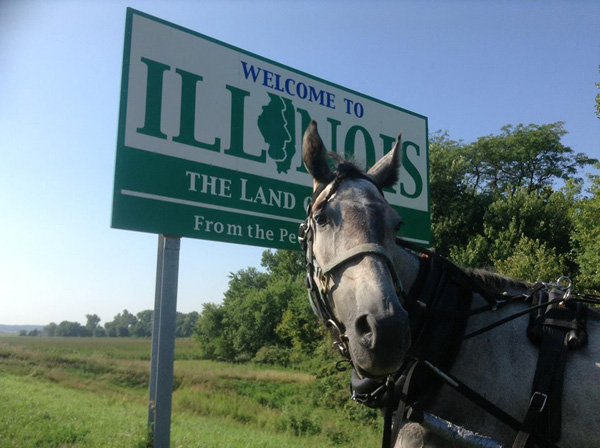 Alex originally planned to make land conservation awareness the main purpose of his trip, but he quickly realized how much time he needed to care for his horse and himself.

McNeil spent a lot of time route finding, constantly looking at maps and talking to locals to get information on routes. He would look over his maps in the evening, searching for the most direct route. Finding the best place to cross rivers was especially difficult. When crossing the Mississippi, McNeil figured out where they would cross about 150-180 miles before reaching the river, angling his way to the lowest traffic bridge.

McNeil and Pepper found water wherever they could to keep them hydrated throughout the trip. They had an especially difficult time through the high desert in Oregon, where the shallow lakes were dry and they traveled nearly 50 miles without water. As the pair traveled east, the journey became easier. Water and grass were more plentiful, and irrigation systems more common. McNeil remembers the trip got much easier once they passed through Casper, Wyoming when towns began to be only 20 to 40 miles apart, instead of 50 to 80.

Alex McNeil’s journey is not without its critics, however. Some claim McNeil endangered his horse’s life and failed to care for her properly. McNeil of course, disagrees. He was careful to stick to a general schedule of four days of traveling, with one day of rest, adjusting his plans as the trip went on to ensure Pepper received proper care and was feeling well.

Pepper was initially barefoot with easy boots for the first 600 miles, as McNeil was told that was the best option for her. However, as the trip went on, he found she needed shoes and adjusted his plan. In August, McNeil began to worry about Pepper’s body condition and he gave her a month off from mid-September to mid-October, allowing her to rest and put on more weight, difficult to do when a horse covers as many miles as they were accustomed. McNeil also picked up a two-wheeled sulky in western Nebraska, teaching the mare to drive to make the journey easier on her while covering more miles. The willing and patient mare quickly took to driving, and the pair easily covered 30-35 miles a day. 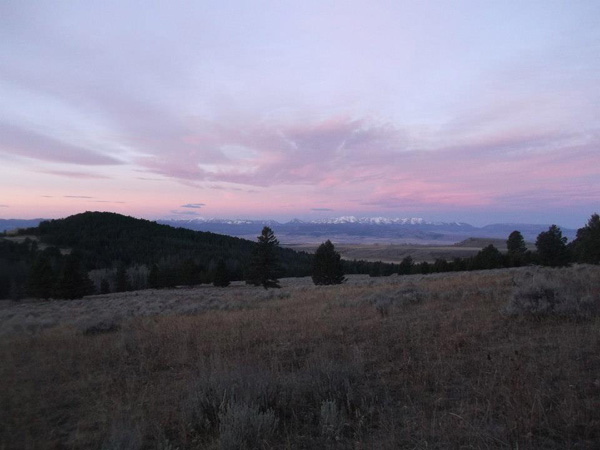 The journey took the pair through small towns, desert, deep forests, mountains, and grasslands full of wildflowers across the United States. A view of the Bridger Mountains in Montana.

McNeil enjoyed traveling along routes that took him back in time. They traveled 700 miles on the historic Oregon Trail and along old stagecoach routes, leaving lots of time for contemplation. McNeil rode through incredible and varied landscapes across the United States, and met a lot of helpful and interesting people along the way. This cross-country trek is quite a remarkable feat for a seasoned horseman, never mind an individual who had only taken to the saddle just three months before. 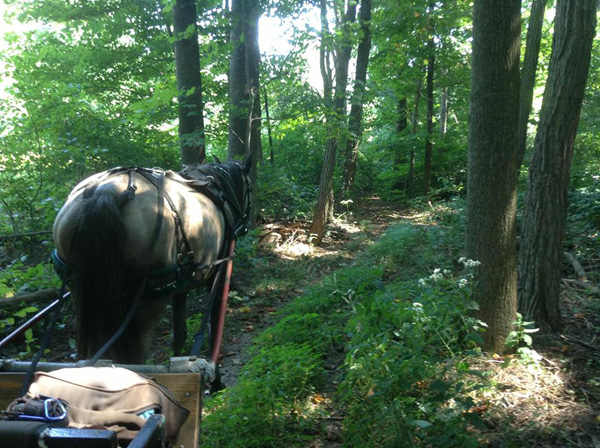 Alex picked up a two-wheeled sulky in western Nebraska, and taught Pepper to drive to make the journey easier on her while covering more miles.

Alex McNeil is working on book due to be out this spring called On the Hoof, Sea to Sea about his journey with Pepper across the United States. You can follow his Facebook page by the same name to learn more about his journey and future plans.