Ride the foothills of the Canadian Rockies in Alberta's Sheep River

It might seem like a crazy idea--  riding horses twenty miles into the mountains of Southwestern Alberta with a TV production crew and all their high definition equipment-- but we like to get off the beaten path while filming Equitrekking. 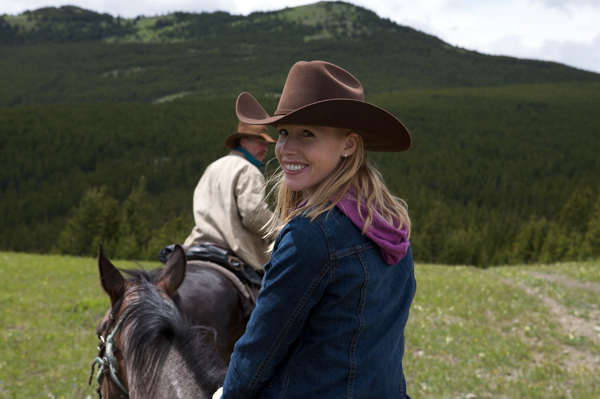 Perhaps it is a little nuts, but we'd heard that the loop around Sheep River Gorge, a year-round habitat for bighorn sheep, is spectacular, so we really wanted to capture it on film.

Barring the hailstorm at the top, when those long Western duster rain jackets came in handy, the ride was amazing. We were out with husband and wife outfitters Jan and Dewy Matthews. They’ve been leading riders into these mountains for over twenty years. 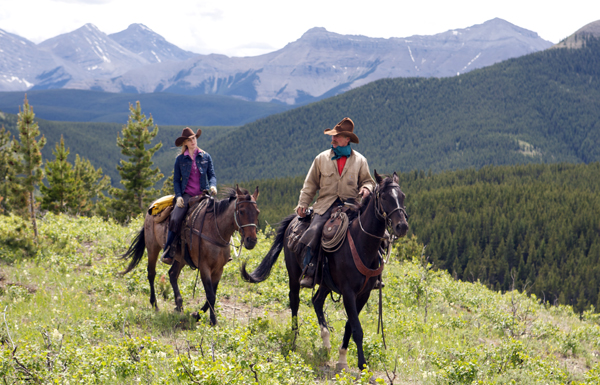 The ride had us passing through meadows filled with wild flowers including the fragrant wild rose, Alberta’s provincial flower. Tiny ground squirrels popped in and out of the earth, scurrying amid the tall grass.

In one meadow, we cantered along a trail towards mountains rising up dramatically, reminding me of where we were headed—far away and to the top. Through forests of aspen and pine, we conquered steep mountain passes leading to vast expanses of jagged peaks covered in pockets of snow. 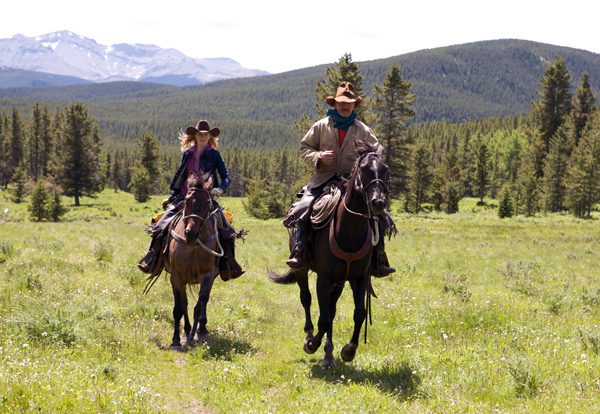 When I say steep, I mean it. You need a good mountain horse to ride through this area, and you can’t be afraid of heights. My horse took on the steep downhill switchbacks with glee. It’s areas like this when I’m particularly glad that I’m on a surefooted horse who can take me up high and back down.

Getting Down the Mountain

We reached an area where there were panoramic views of the mountain tops all around us. Dewey explained that we'd likely see only wild horses and wildlife, not humans up this way. Getting away from it all is certainly one of the pleasures of trail riding and Equitrekking.

While enjoying this summit that we'd worked all day to reach, we felt a few drops and knew a big patch of weather was headed our way. Dewey advised us that it was time to ride back down, but the storm was too fast for our usually slow crew, and we began getting pelted by large chunks of hail. 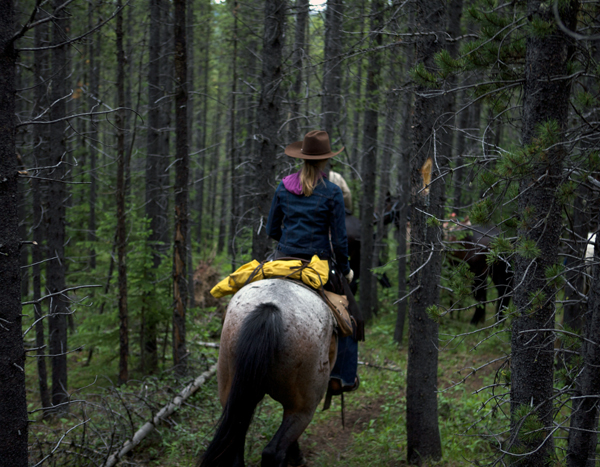 The ride down the steep terrain was a little treacherous, as there was some ice beneath us. In the forest it turned quite dark, and I worked to avoid knocking my knees on trees that lined the narrow trails. Our film crew, who is not used to rides that are this challenging, did not thank me at the end of the day, but they will when they watch the Equitrekking: Alberta episode on Public Television. The cinematography spectacular.

Equitrekking Alberta debuts on Create TV March 30th and features the Sheep River Ride with Anchor D, a Banff National Park pack trip, the Calgary Stampede and a historic ranch in the foothills of the Rockies.