Inspired by her grandfather, one woman and her horse will climb the Mt. Washington Auto Road to benefit the ALS Association

It has been more than a century since the Mt. Washington Auto Road in Gorham, New Hampshire was last negotiated by a horse and rider. However, on July 17, 2011, Kathryn Waters and her 10 year old Arabian-Paint cross, Apollo, will attempt the 7.6 mile climb as a part of the first ever Mt. Washington Carriage Road Weekend. Unlike other distance rides she and Apollo have participated in, this ride has special meaning. Waters will be riding to raise money for the ALS Association (ALSA) and in honor of her grandfather who was diagnosed with ALS in October of 2010.

ALS (Amyotrophic Lateral Sclerosis), also known as Lou Gehrig’s disease, affects nerve cells in a person’s brain and spinal cord. The degeneration, and eventual death, of these nerve cells causes the brain to lose control of muscle movement. In some cases, the disease can lead to total paralysis.


While the news of her grandfather’s disease was shattering, Waters says the most difficult part is knowing there is no known cure for ALS.


“We have no real idea what causes [ALS] aside from a small percentage of genetic cases; there is little to no treatment; and there is no cure … As a granddaughter, I feel helpless. It’s devastating and there is so little help. I’m blown away with how little we know about the disease and how little there is to do about it.”

When Waters learned about the Carriage Road Weekend from a neighbor, she knew she needed to take advantage of such a rare opportunity.


“I looked it up and the road is only open to cars and motorcycles; you can hike up but not ride. Literally, this is a once in a lifetime opportunity, the only time it will be open to horses.”


The Mt. Washington Auto Road was originally named the Mt. Washington Carriage Road when it was built in 1861. Around the turn of the century, even though there are is no record of horses being banned, the horse and buggy was ousted in favor of the faster automobile. The 2011 Carriage Road Weekend will celebrate and commemorate the Auto Road’s 150th anniversary by allowing horses, the original mode of transportation, to once again make the climb.

After learning about the Carriage Road Weekend, Waters immediately thought of her grandfather, how the unique ride would serve as a good backdrop for a fundraiser, and of his love for horses. After all, it was her grandfather who started the family-wide love affair with horses in the first place. When he was young, Water’s grandfather would travel to Vermont each summer to ride and work at local farms. He introduced his children, and eventually, his grandchildren to the sport. Thus, Waters felt it fitting to create The Ride to Defeat ALS event. With it she hopes to teach people about the ALSA and to raise $5,000 dollars for the organization to fund research and aid in finding a cure for ALS. 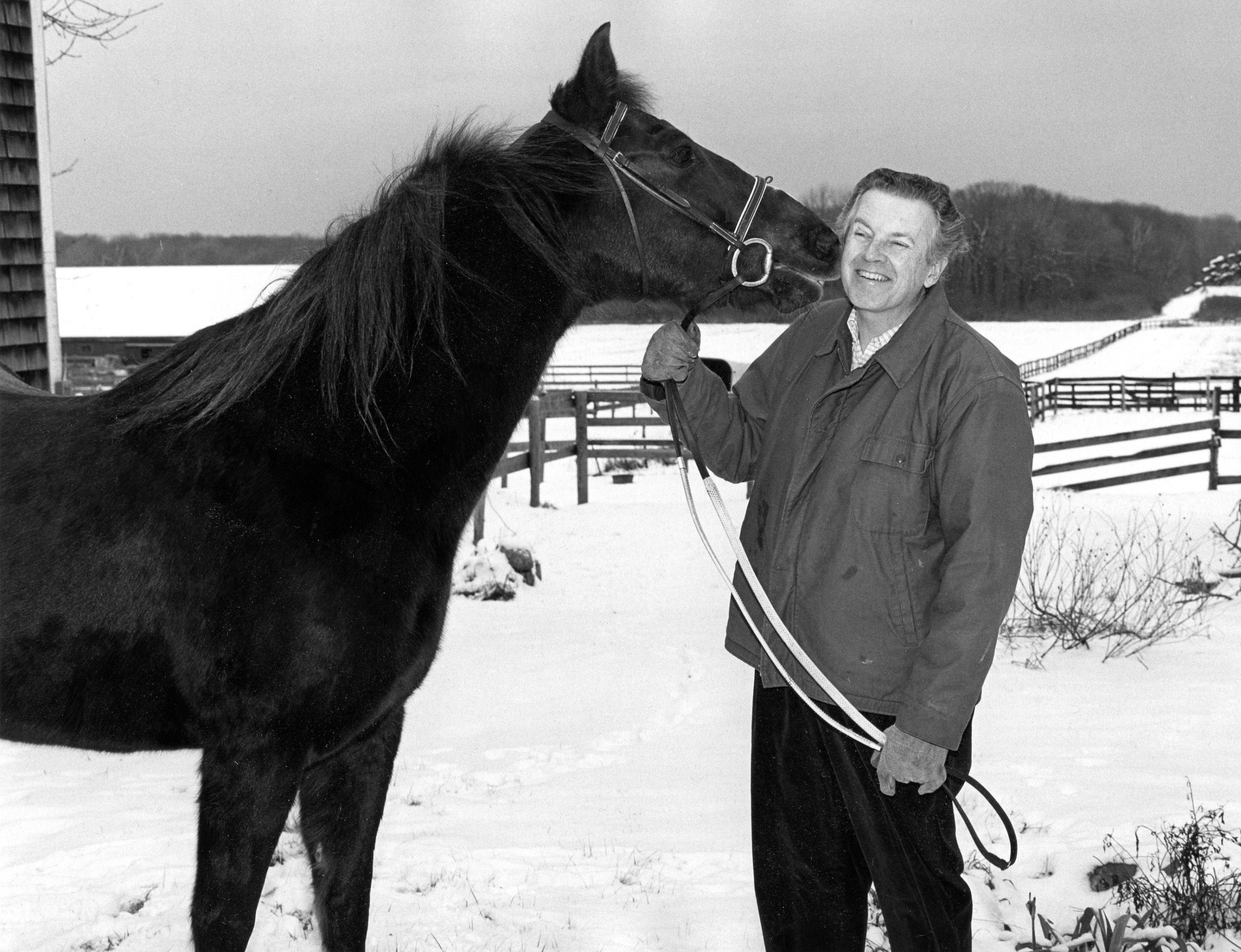 Water's grandfather, Norman, has always loved horses and introduced his family to riding.

“I would really like to spread awareness about the ALSA,” explains Waters, “they put a tremendous amount of money towards research. Everyone I’ve talked to as had a friend or family member affected [by ALS]; so many people have a personal connection to this issue. I just need to do something, even if it doesn’t help that much. I saw this as an opportunity to help and to let my grandfather know that I want to help.”


Water’s grandfather has always been very involved in her riding. Though he now lives in Arizona, when he was closer he would attend each of Water’s competitive distance events. She remembers him not only going out of his way to help her, but to help any of the competitors who needed it.


“He was very involved in my distance riding and used to crew for me. He helped with water and was always willing to help out others. Everyone knew him. Even now, people still ask me where he is.”


Training for the Climb

Waters and Apollo have been training in preparation for the big event since she learned about it last month. Waters has been riding since she was 3 years old and has been competing in competitive distance riding for a number of years. However, training for this event presents new challenges. While she and Apollo are used to varying terrains she says she is worried about the continuous and steep terrain both up and down the mountain.


“I’ve been getting creative with my training. My biggest concern is wind and wind conditioning, we’ll be climbing 4, 761 feet in that 7.6 miles so we do a fair amount of galloping work, hill work and general interval training to build up Apollo’s stamina. I’m worried that the downhill portion of the ride will be just as physically challenging as the uphill. I try to find as many steep inclines and declines as I can to try and get Apollo’s muscles fit.”


Training for such an event requires a great deal of time and knowledge. While not every horse and rider may be able to make it to the summit, Waters insists that there is a way for everyone to participate. Ride participants are encouraged to turn around at any point of the ride to ensure the safety and well-being of their horses. Water stops are planned throughout the trip and a vet and emergency vehicle will be on hand throughout the day. Also available is a network of trails at the base of the mountain, typically only available to bikers and hikers, which will be open to horses throughout the weekend.

With the help of the ALSA, Waters was set up with a “1 Dollar Difference” website that allows individuals to locate, and donate to, local ALS fundraisers. While the actual event will take place on July 17, 2011, Water’s website will be open and accepting donations until the end of the year. You can learn more about the event, sign up to ride, or donate money by visiting Water’s Ride to Defeat ALS website. Those who donate will receive the password to Water’s daily training blog and get professional, day-by-day tips on distance training as she readies Apollo and herself for this demanding ride. To find out more about the Mt. Washington Carriage Weekend please visit the Carriage Road Weekend website. You can learn more about ALS, or donate to help find a cure, by visiting the ALSA website.

Jill Overacker is a life-long horse owner and rider. She started riding at the age of seven and in it, found the one thing she would never quit. Jill attended Albion College in Albion, Michigan and was a member and captain of the intercollegiate Hunt Seat team. She is excited to be Equitrekking's newest team member.